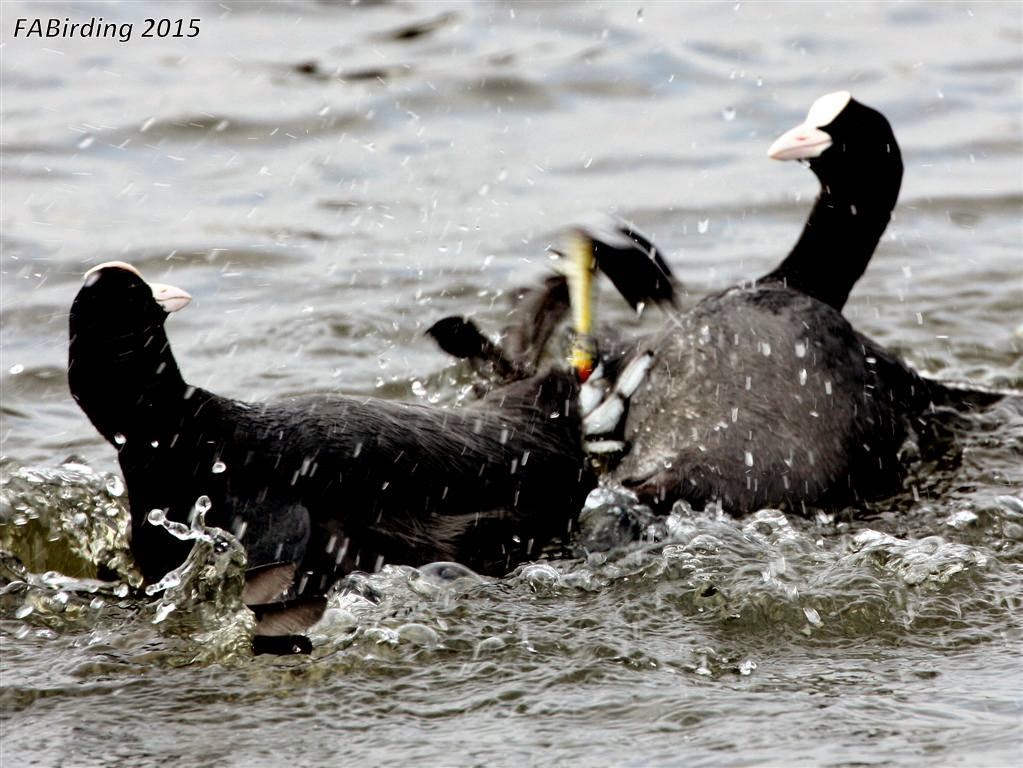 In a previous post entitled 'Walking on Water' I promised to share a few images of two Coot fighting. Whilst I don't consider these shots to be 'best quality' they do at least provide an indication of the effort and aggression expended when two individuals decide to battle it out on the water. 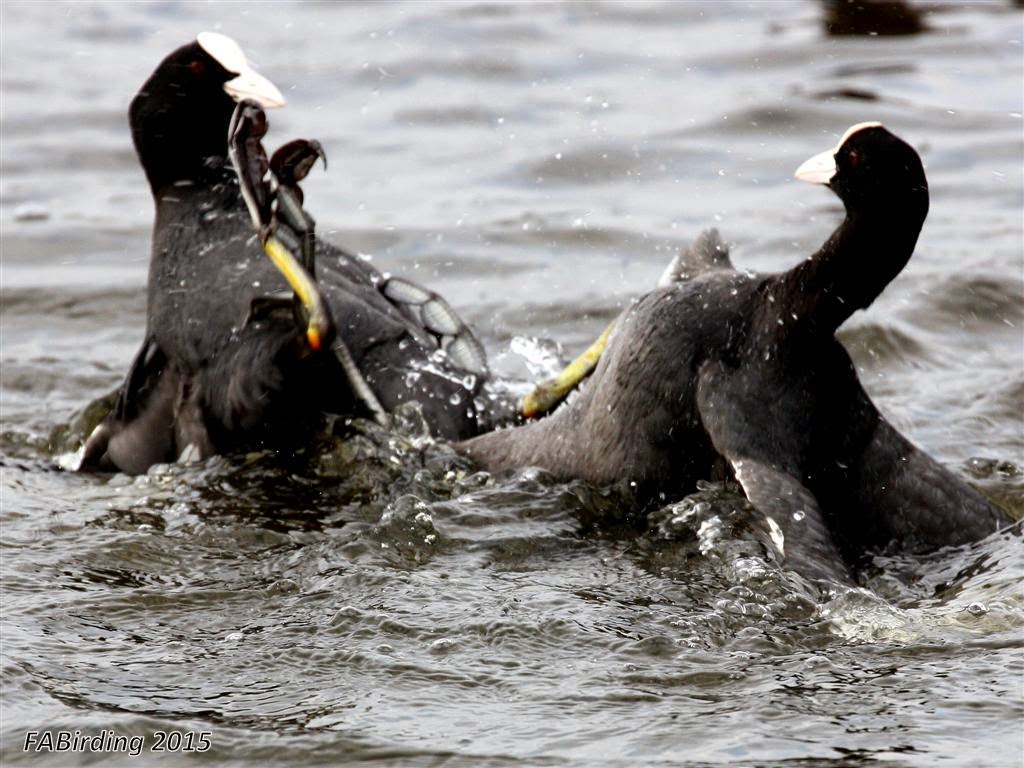 As you can see the feet are used as the main attacking weapon as each individual tries to gain supremacy and push its opponent under the water. In this instance they were fairly evenly matched and neither eventually gained overall control of the other but they certainly churned up the water! 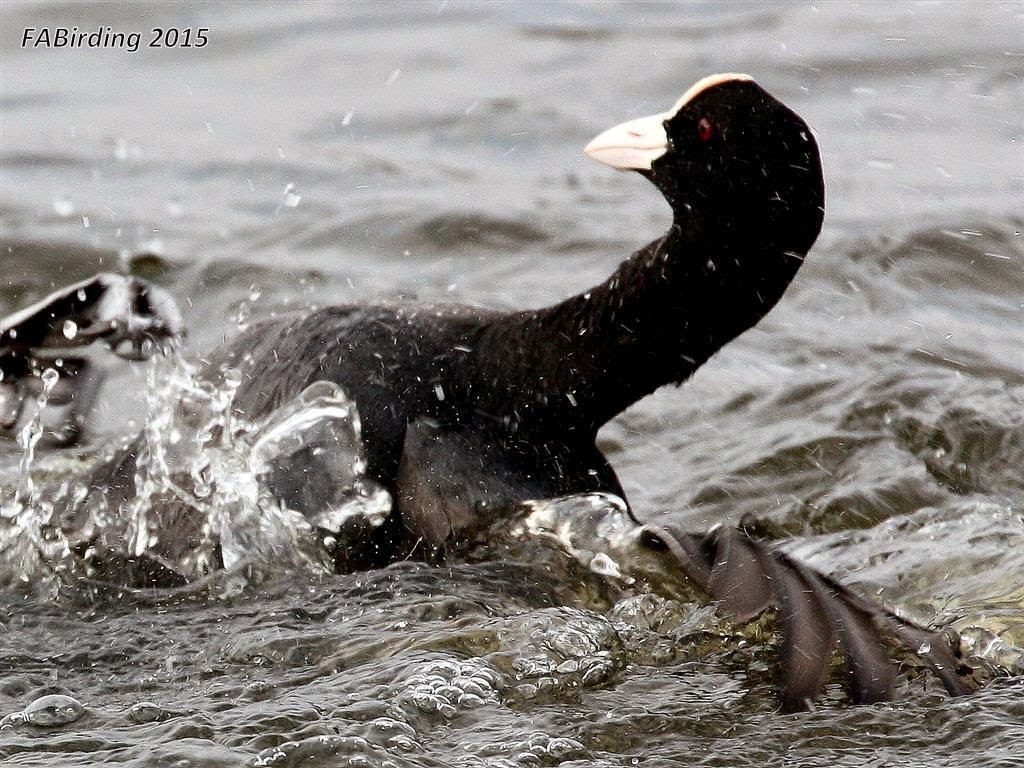