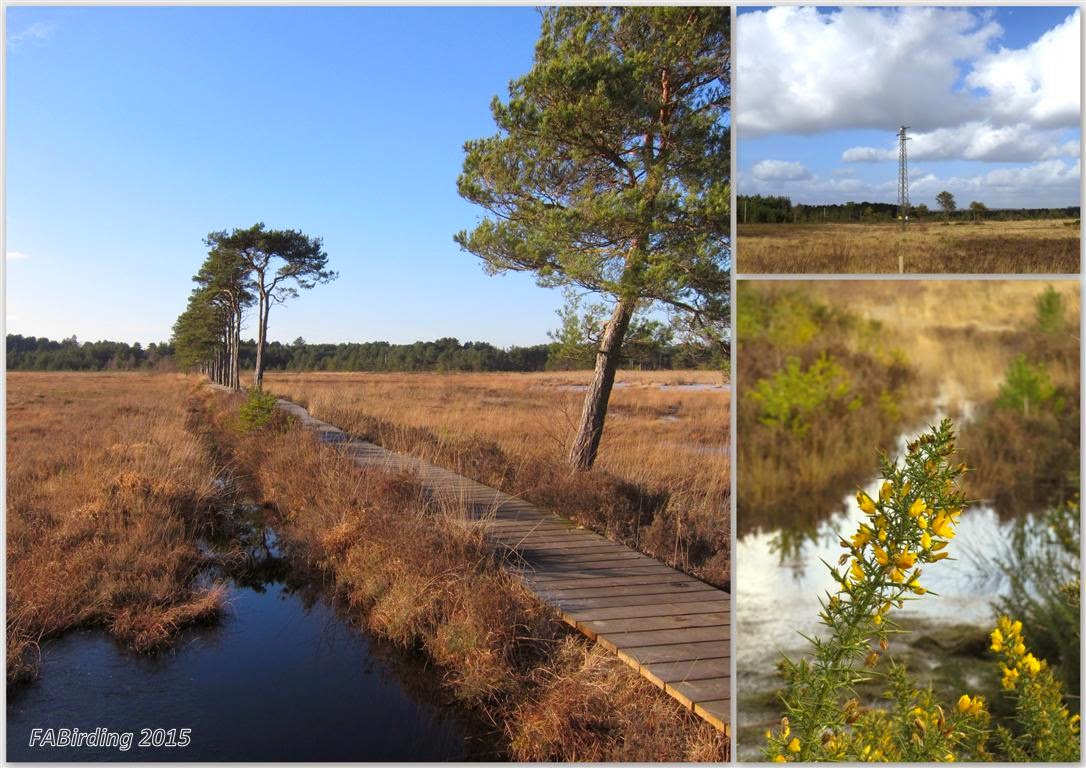 On Tuesday I made another visit to Thursley Common in the hope of catching up with the over-wintering Great Grey Shrike. After an unsuccessful  two hour search around 'Shrike Hill' under an overcast sky and a strong westerly wind with very little avian activity apart from a noisy Carrion Crow and disturbing two Woodlark I returned to the car for a rest.
After a while the clouds gave way to afternoon sunshine so I decided to have another search and eventually added this species to my year list but unfortunately it never got close enough to the lens! 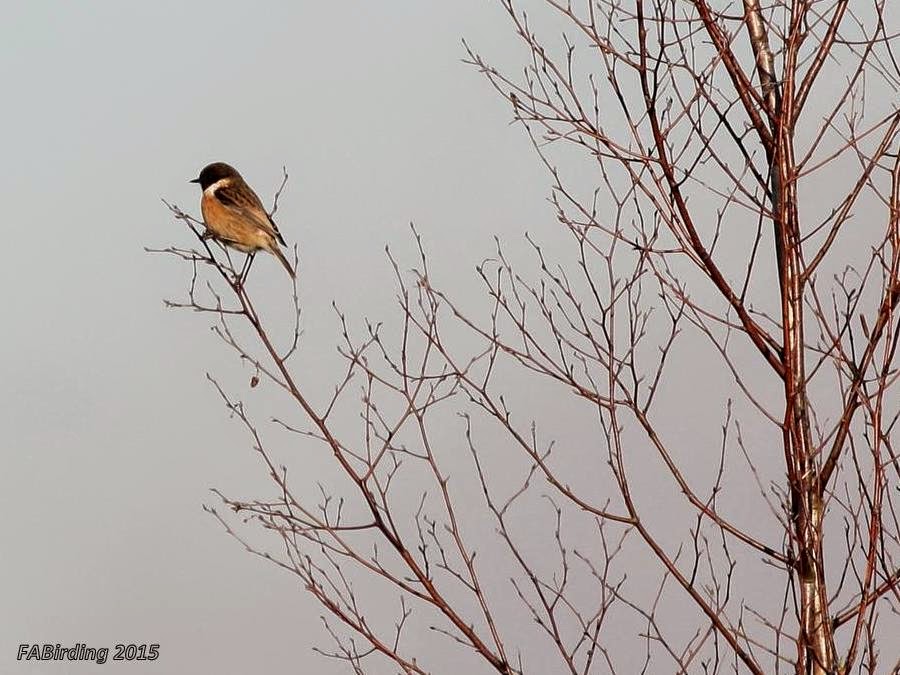 On my return journey along the boardwalk a male Stonechat (above) obliged the lens by perching in a bare Birch and then a brief sighting of a Dartford Warbler as it headed for deep cover in the Gorse just before a female Reed Bunting (below) also made use of the flowering Gorse for a perch as the wind ruffled her feathers. 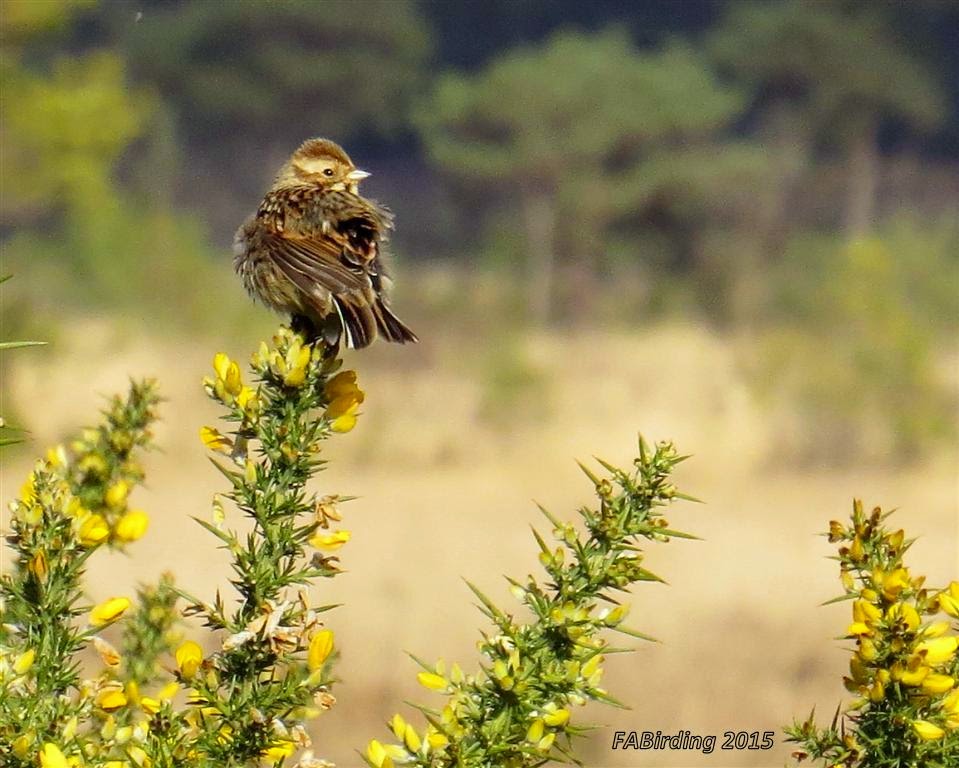 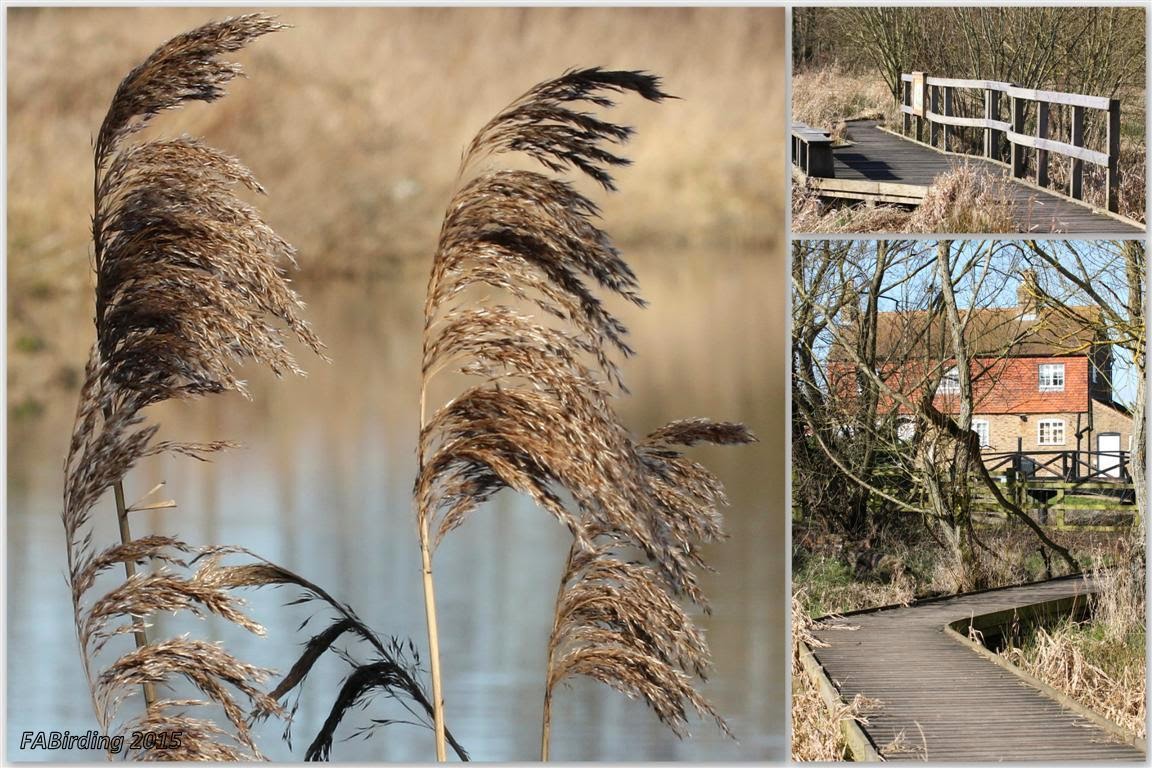 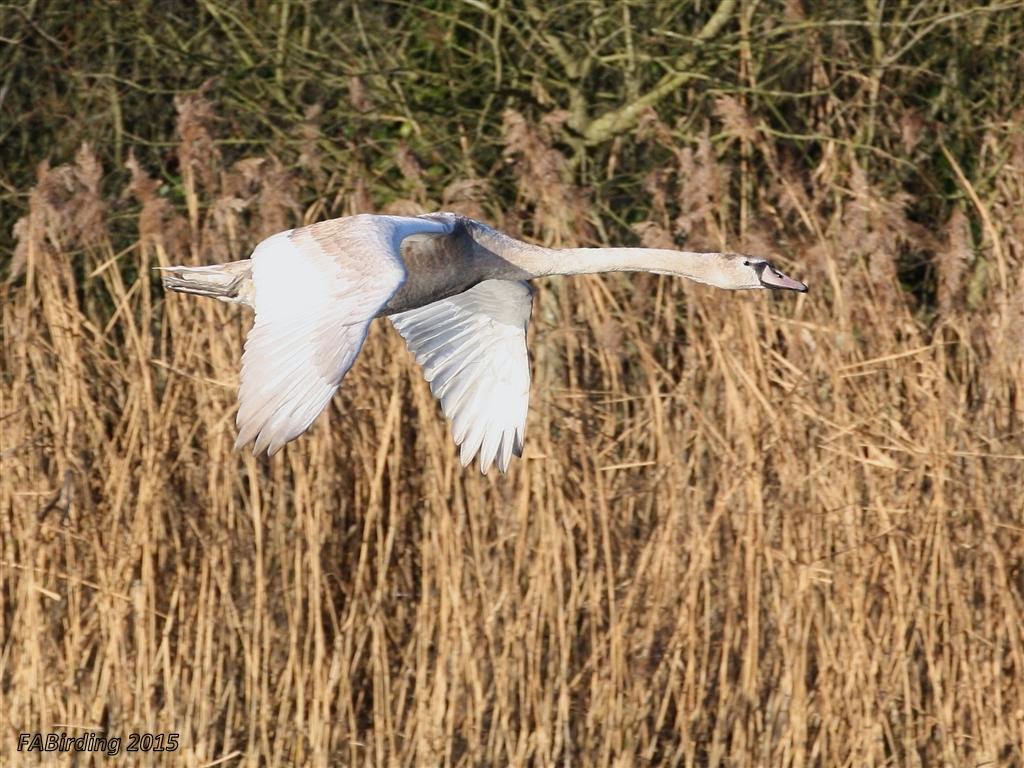 An immature Mute Swan (above) changing into its adult plumage flying up the Wey Navigation and (below) a male Reed Bunting seen singing from its flimsy perch as I slowly wandered across the boardwalk. 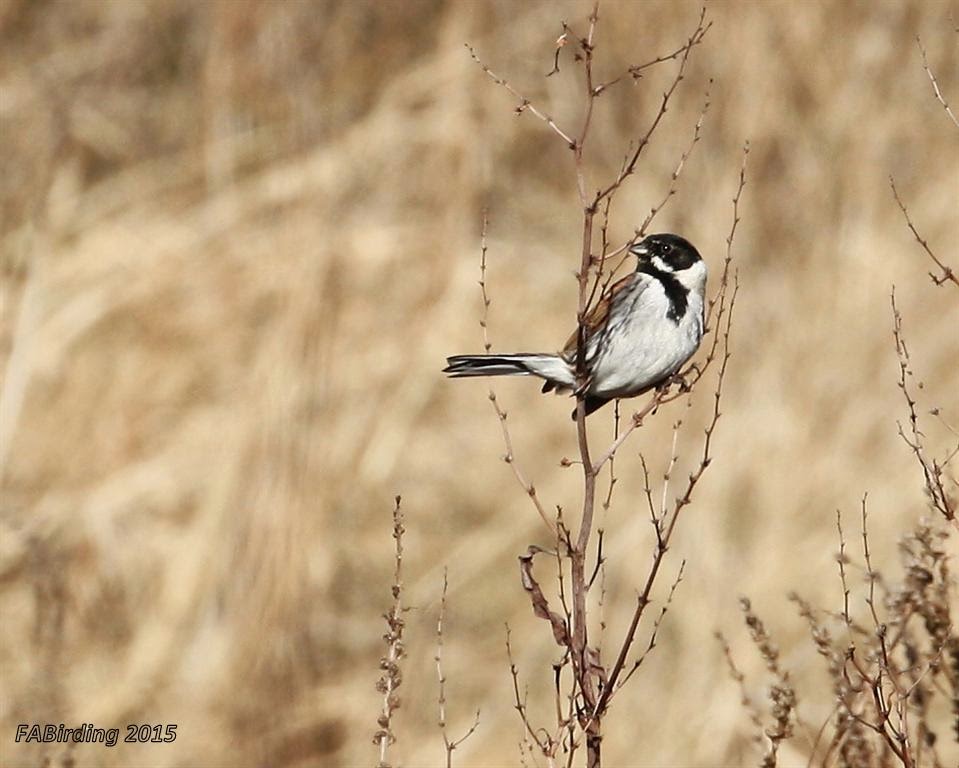 Wishing everyone, wherever you are, a glorious wildlife watching weekend.  FAB.

Linking to Saturday's Critters hosted by Eileen.
Posted by FAB at 00:29