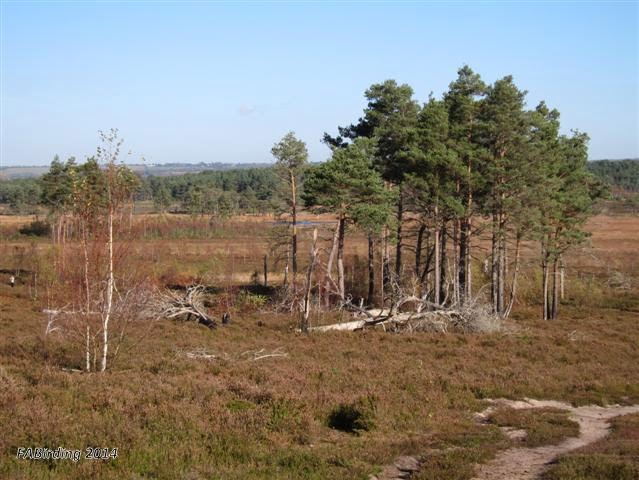 A couple of weeks ago I took a wander around Thursley Common hoping to catch sight of a Great Grey Shrike that had been reported.

My search around 'Shrike Hill' and elsewhere was unsuccessful so with little other avian activity I decided to follow a path across one of the wetter areas where I heard but failed to see a Dartford Warbler calling from a clump of mature gorse.

I then spotted a distant pale head moving about level with the heather and initially thought it might be a Grey Heron but something in my mind said it just didn't look right. So I diverted from the path and very slowly stalked through the heather while trying to avoid any of the many deep wet pot holes to get a closer view and this is what I found ... 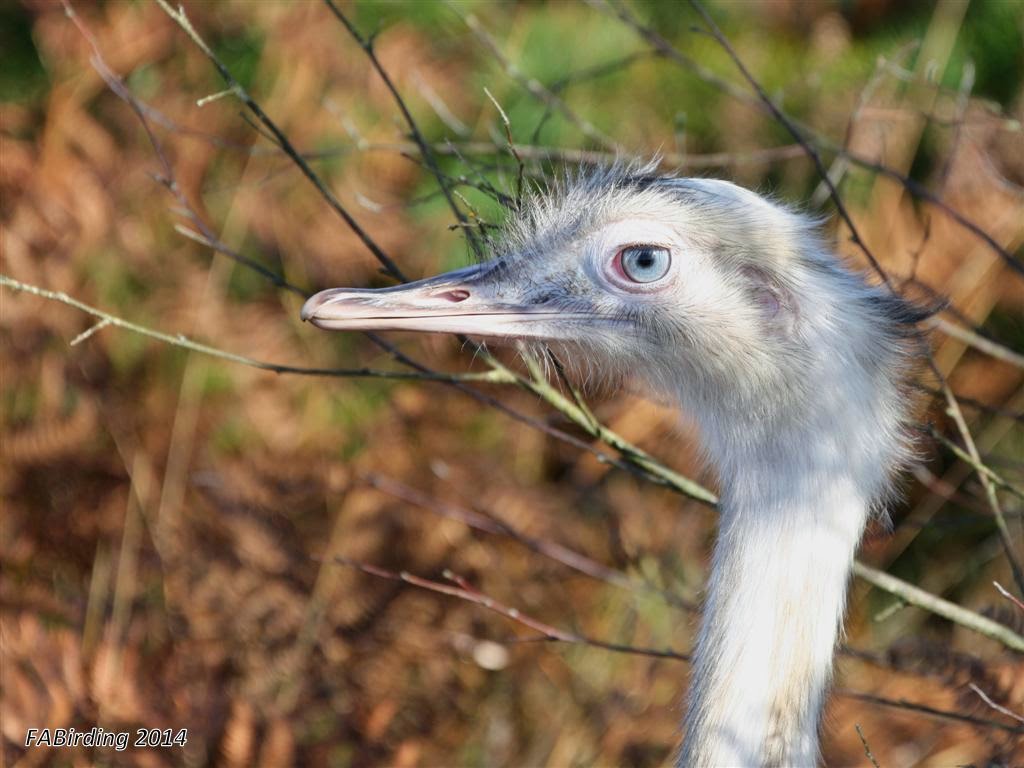 A young Rhea which had presumably escaped from somewhere close-by as they are a flightless species native to South America. 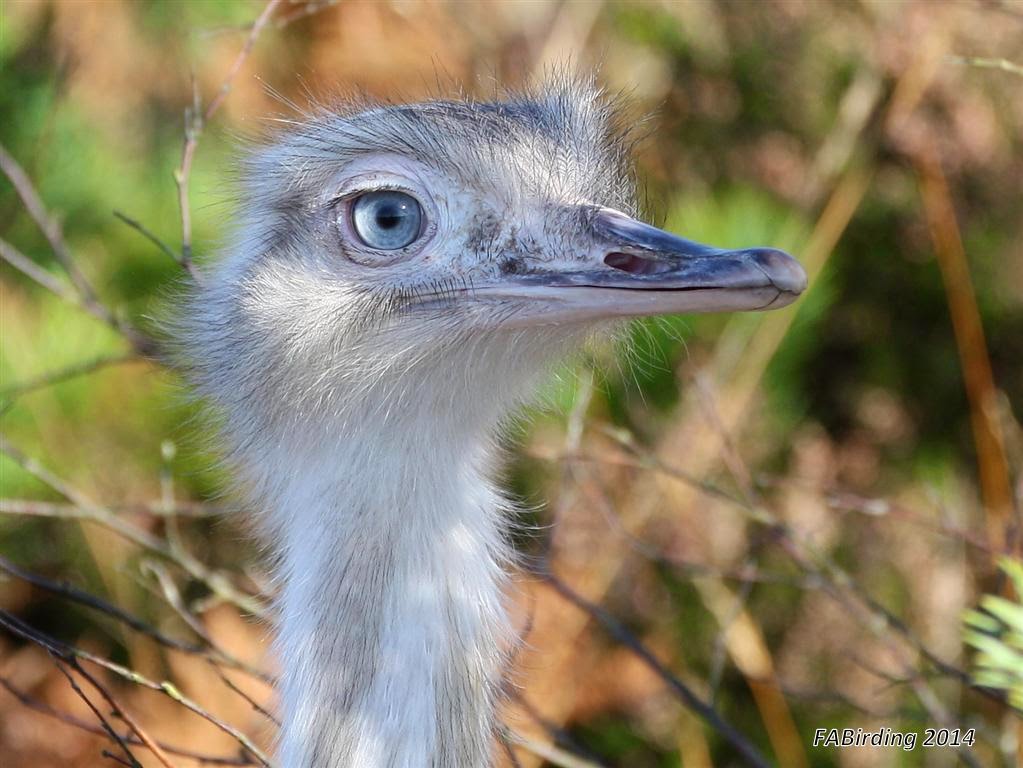 Apart from its neck and head it was well hidden in a ditch where it moved around totally aware of its surroundings and the 'watcher' so after providing these few (cropped) portraits we parted company.  FAB. 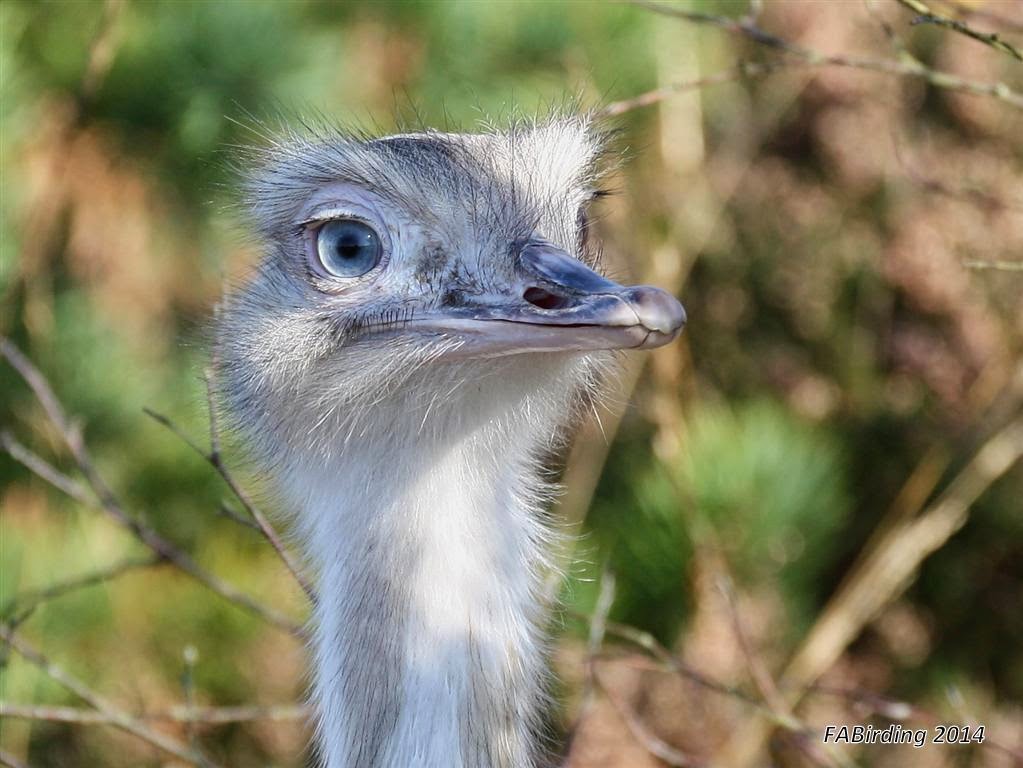