Very damp and overcast weather today so I resorted to a bit of wildlife watching through the dining room window which initially only produced brief views of Blackbird, Woodpigeon, two Blue Tits and a Greenfinch that are regular visitors plus a couple of Great Tits that have appeared in the last few days. 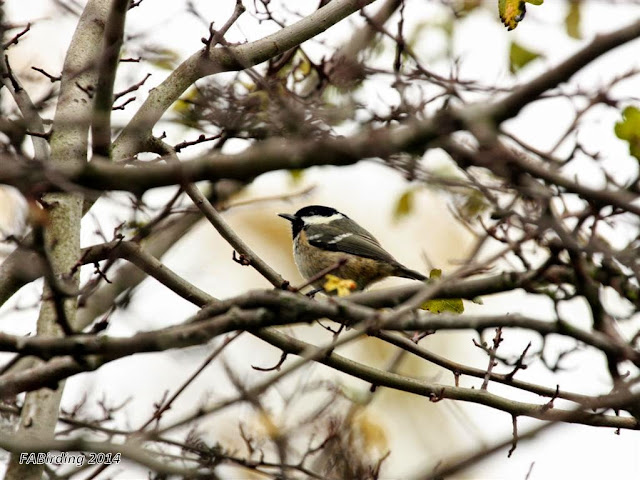 Then after about an hour of total avian inactivity I was surprised but delighted to see a Coal Tit (Periparus ater) working its way through the the branches of the hawthorn, then quickly flitting down to the seed feeder before returning to the safety of the nearly bare, thorny branches to consume its snack.
This small passerine in the tit family Paridae is a common and widespread resident breeder throughout coniferous and mixed woodland but only very occasionally recorded in our garden, usually during the winter months. 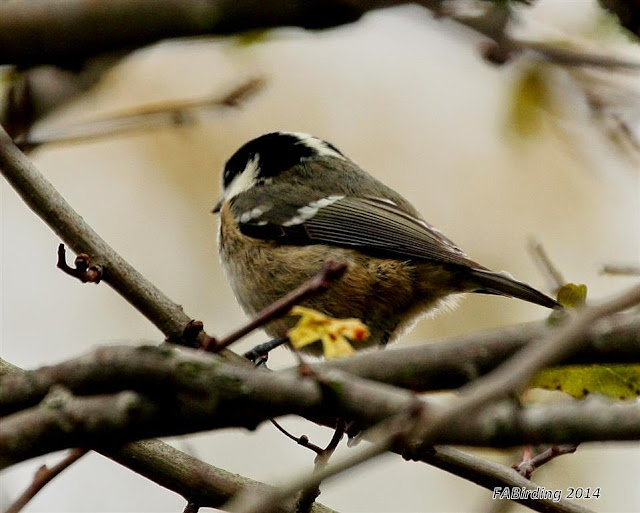 A rear view clearly showing the rectangular white patch that extends from the top of its black head to its neck always helps to distinguish it from the slightly larger Willow and Marsh Tit. This little fellow returned to the garden several times today so I took the opportunity to stand outside and finally managed a clear shot through the branches. 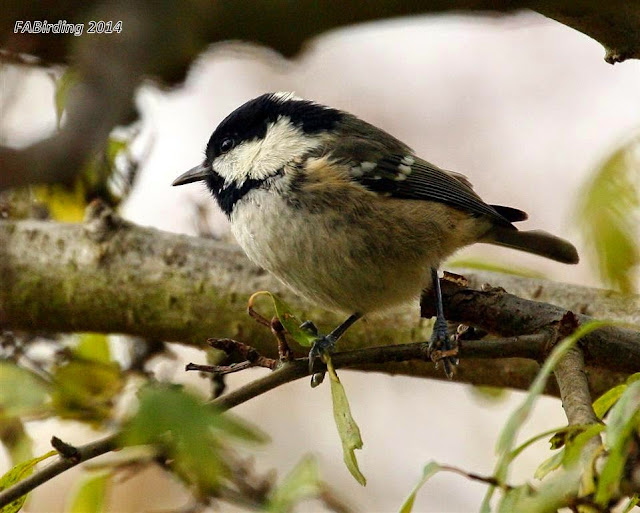 Looking forward to more visits from this tiny Tit throughout the coming months.

During the early afternoon other visitors were a Robin, Dunnock, Carrion Crow, a male Chaffinch (another rarity on the garden list) and a Sparrowhawk flew in, perched briefly on the fence behind the shed, and immediately took off as all its small prey had disappeared into hiding. FAB.
Posted by FAB at 17:54