Our most commonest colonial breeding gull occupying coastal and inland waters, often in large numbers, is the Black-headed Gull (Chrioicocephalus ridibundus).
It is fairly easy to identify at any time of year as it is our only gull species that reaches maturity in just two years. 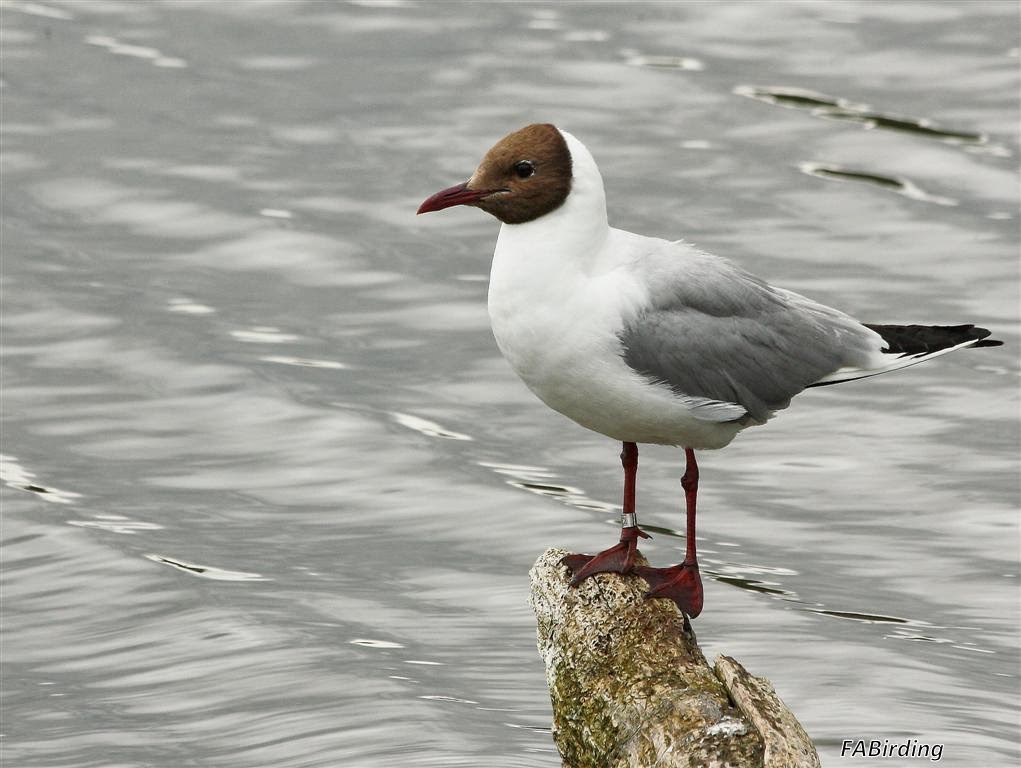 However its given name doesn't correctly match its looks as adults (above) in their summer plumage actually sport a dark chocolate-brown hood but of course from a distance it does look black. 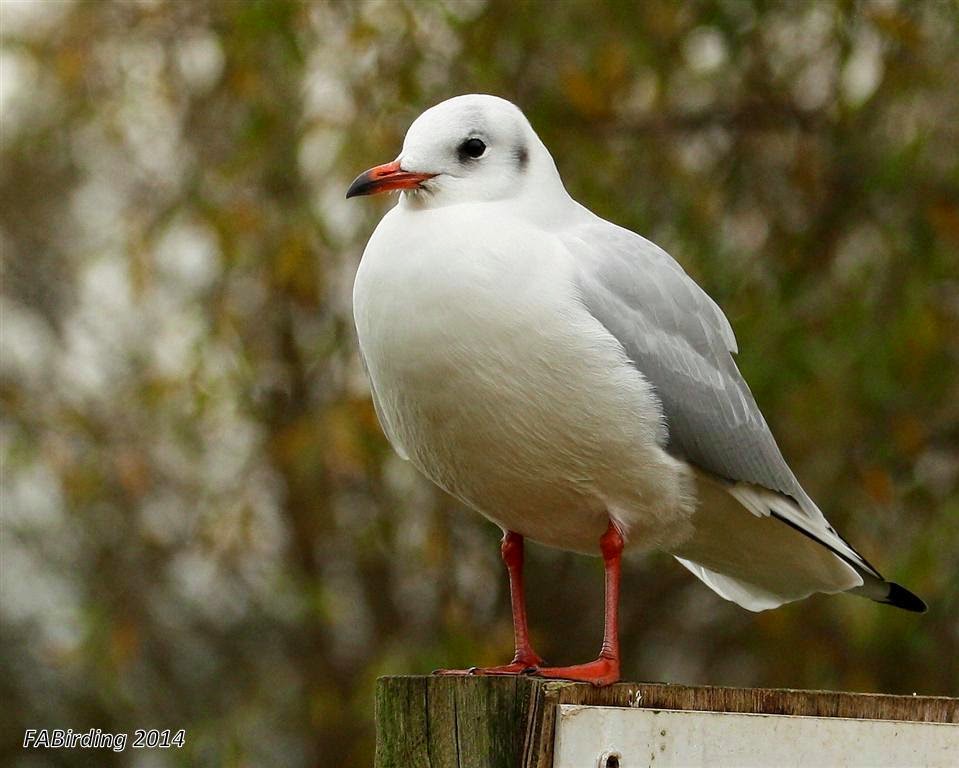 At this time of year most of the adults are now in their winter plumage (above) and their dark cap is replaced by just a bold dark ear spot and the bill gains its black tip. The distinctive all white tail is also an obvious ID feature (see below) when in flight. 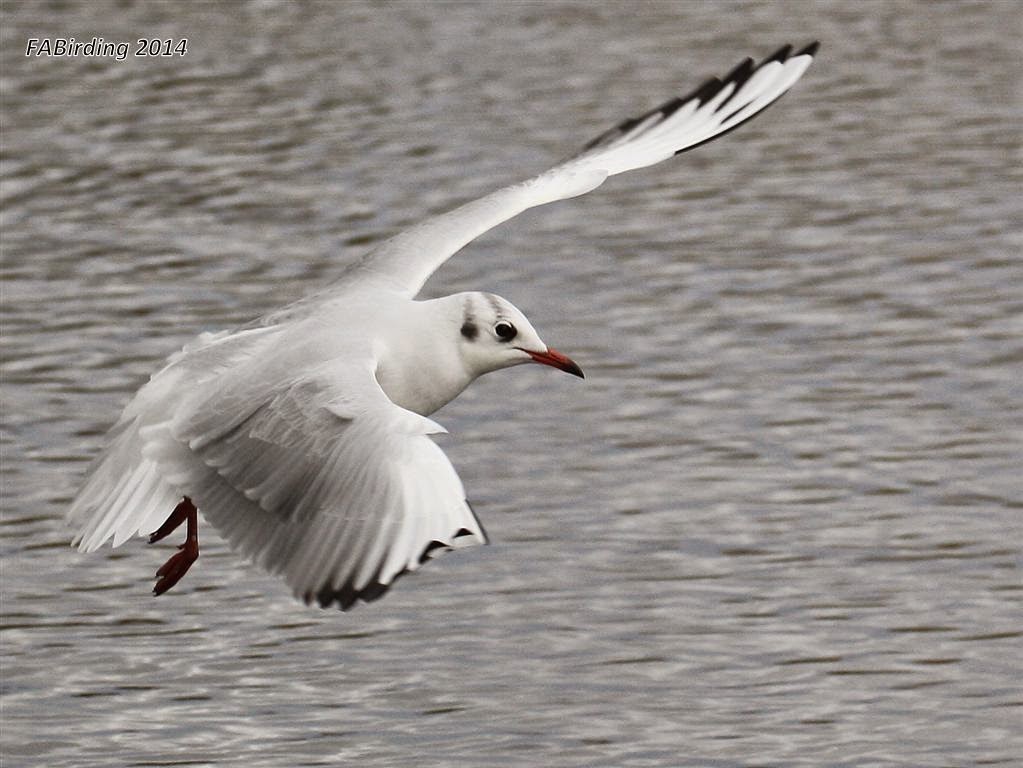 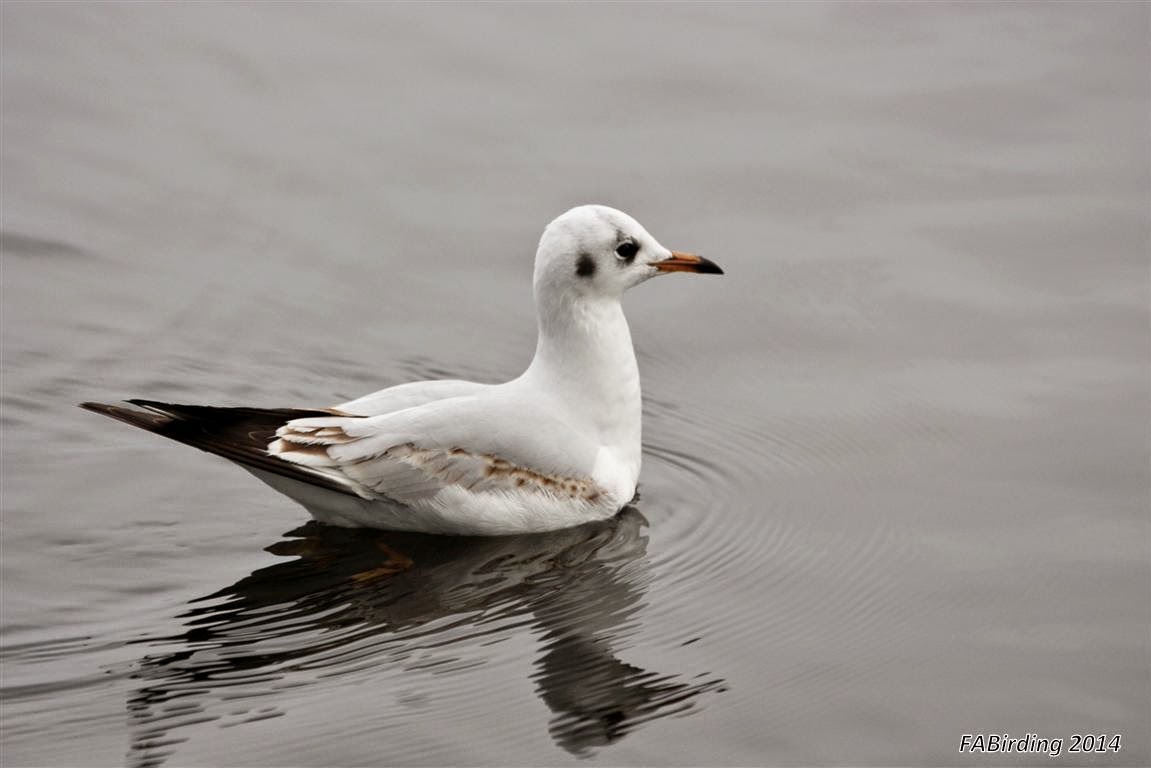 Well into autumn this years juveniles (above and below) are now sporting their 1st winter plumage, retaining some faded brown on the wings and the distinctive black tail band which is again very obvious in flight. 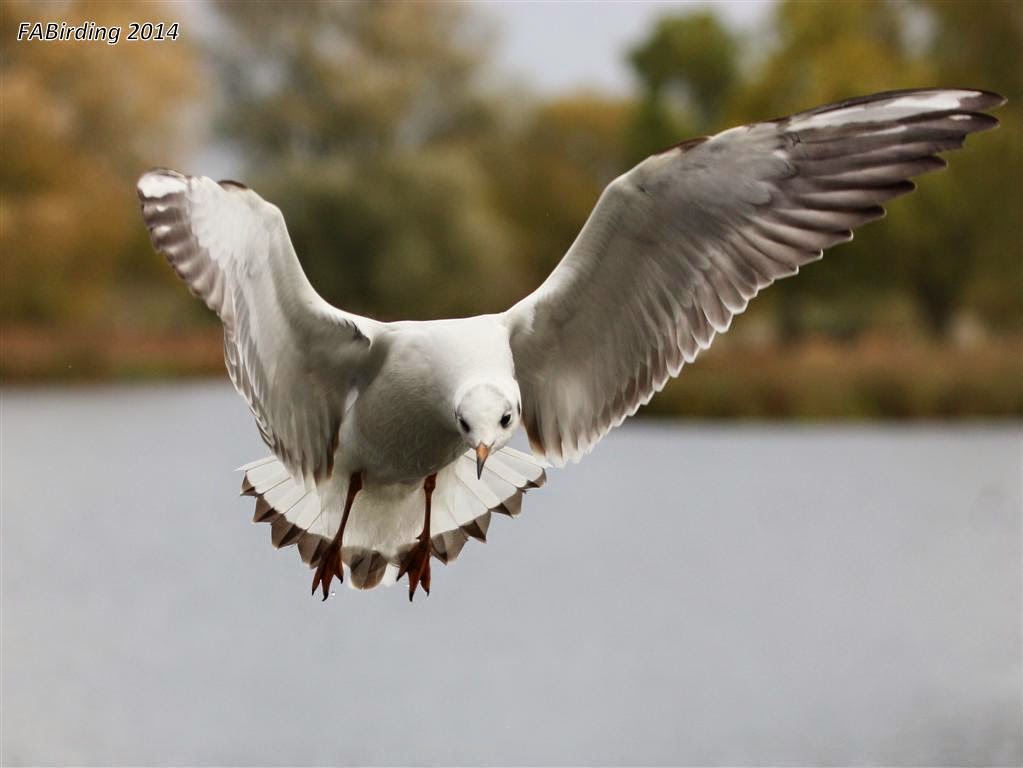 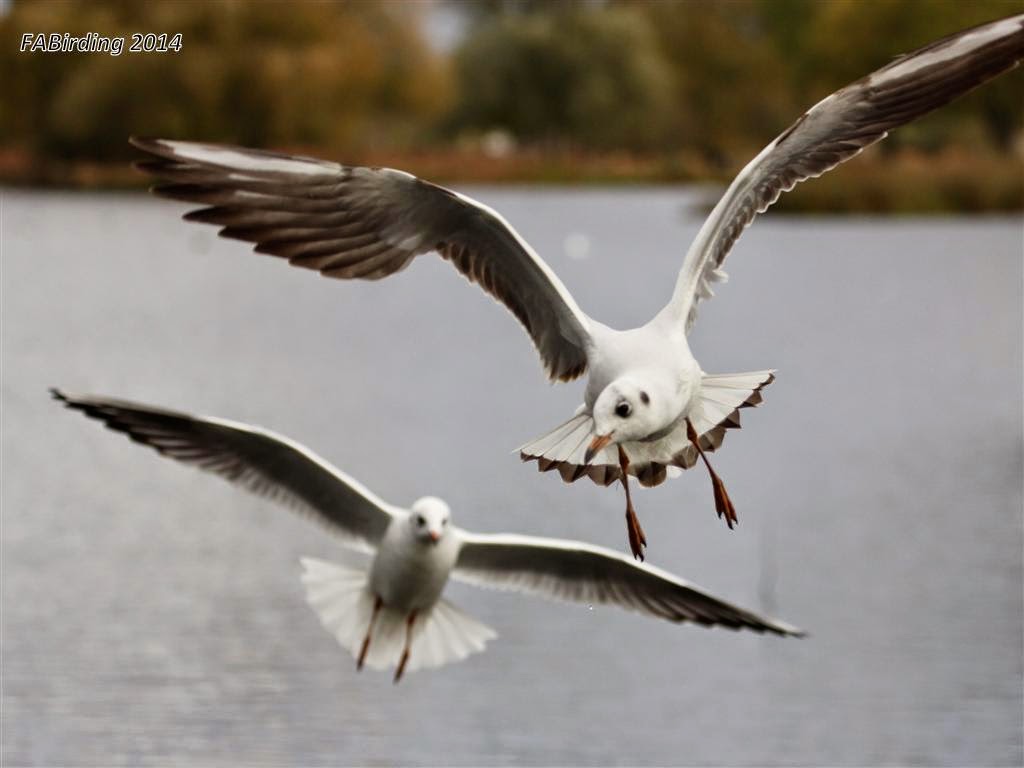 A 1st winter individual flying in ahead of an adult just for comparison.  FAB.

Linking to WILD BIRD WEDNESDAY hosted by Stewart.
Posted by FAB at 14:07