The current weather pattern, windy, damp and heavily overcast skies, has not been conducive for photography during my recent patch walks. Most of the small birds have stayed in hiding so just a few images of the larger species seen on or around the pond. 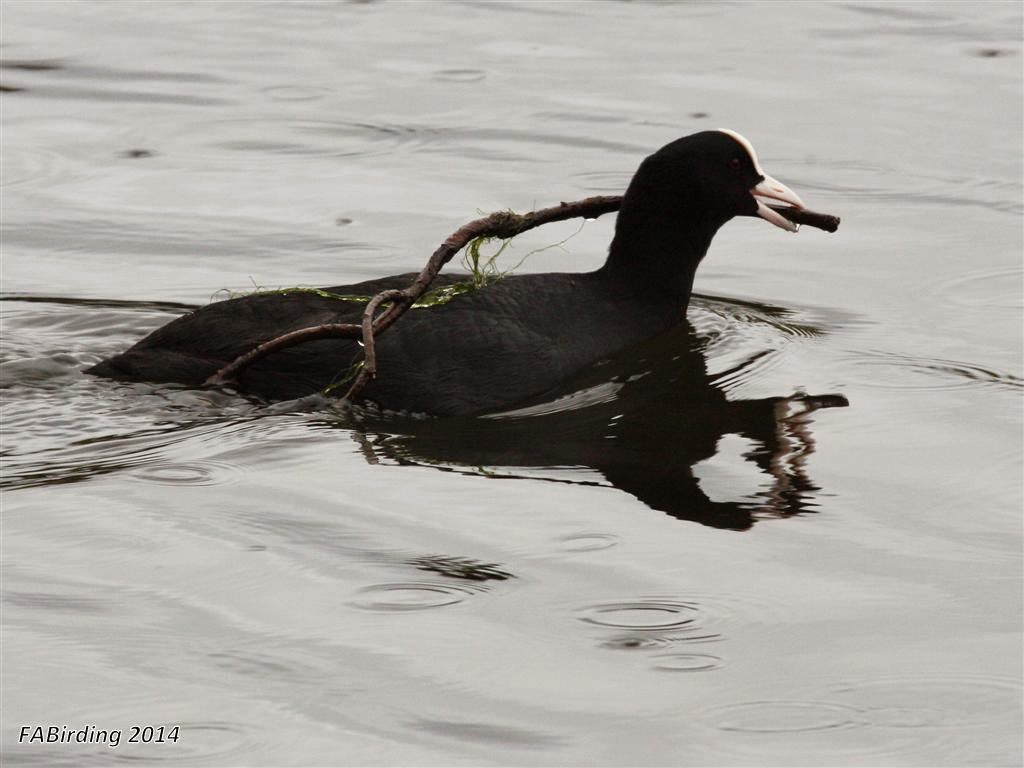 Coot still collecting material to build up or repair the nest. 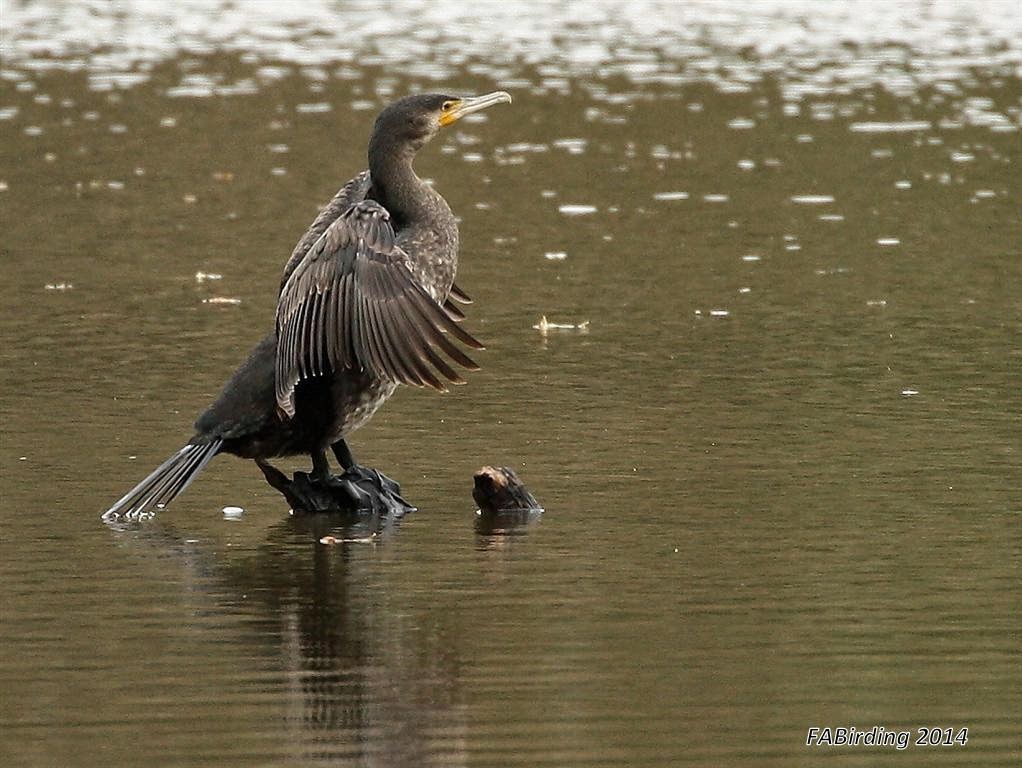 A couple of Cormorants called in for a few days and one spent some time trying to capture some warmth from the limited sunshine. 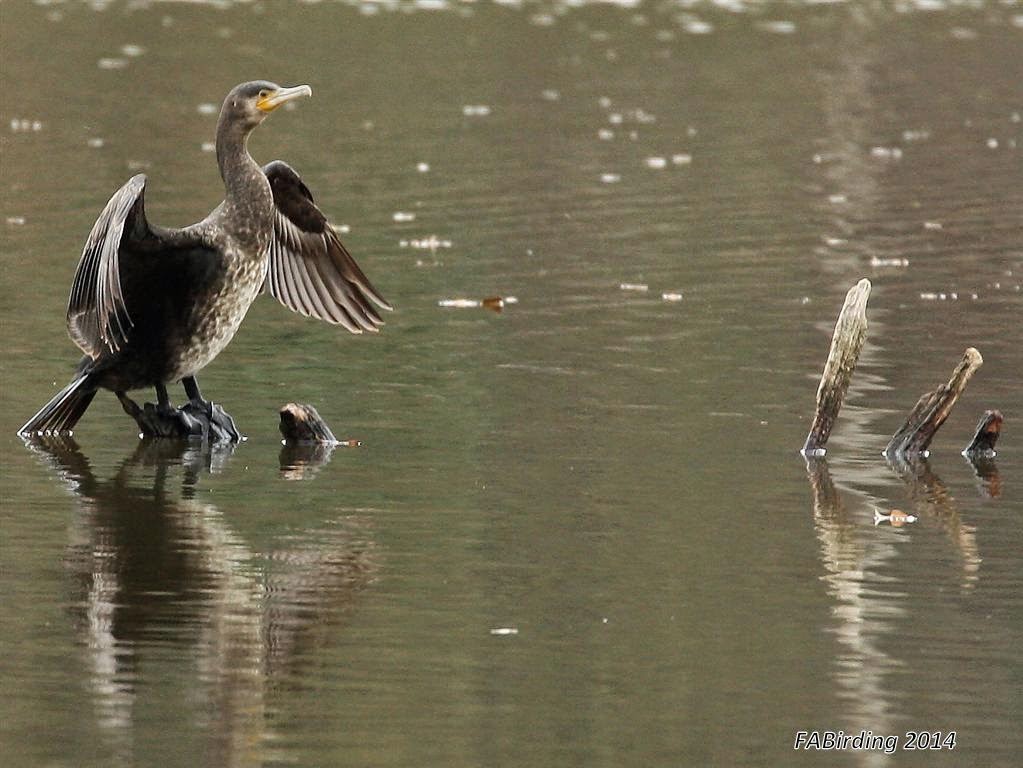 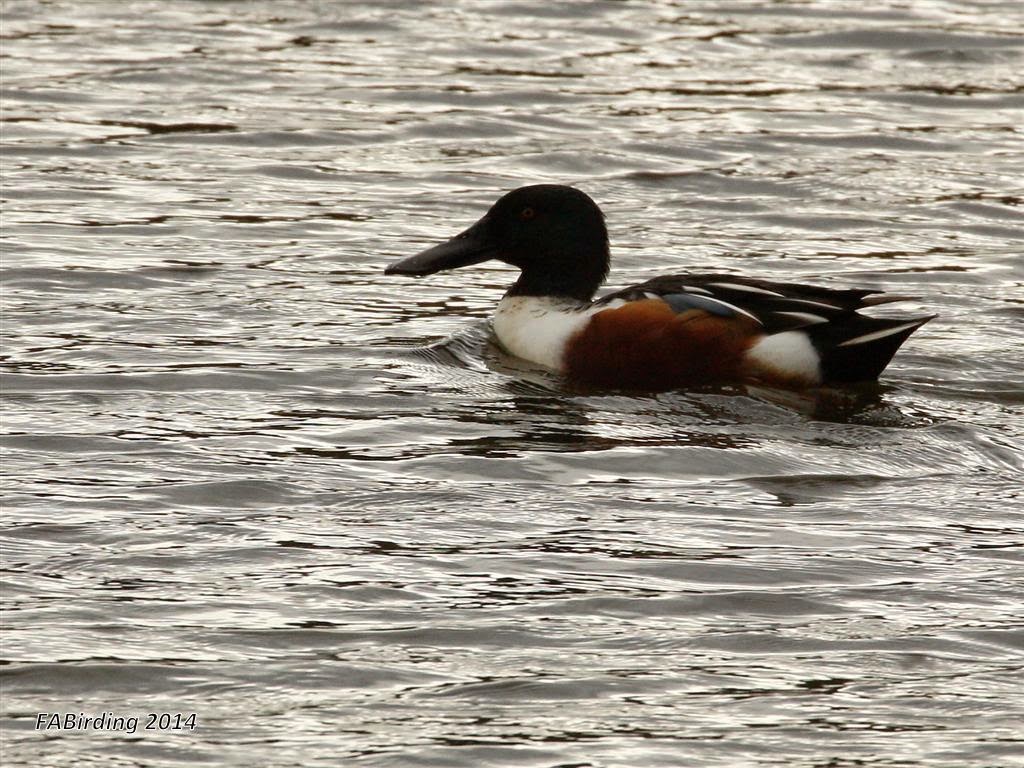 Earlier this month a male Northern Shoveler turned up on the Great Pond but typically kept a long way away from the lens. I subsequently spotted him with his mate who spent most of her time in hiding. 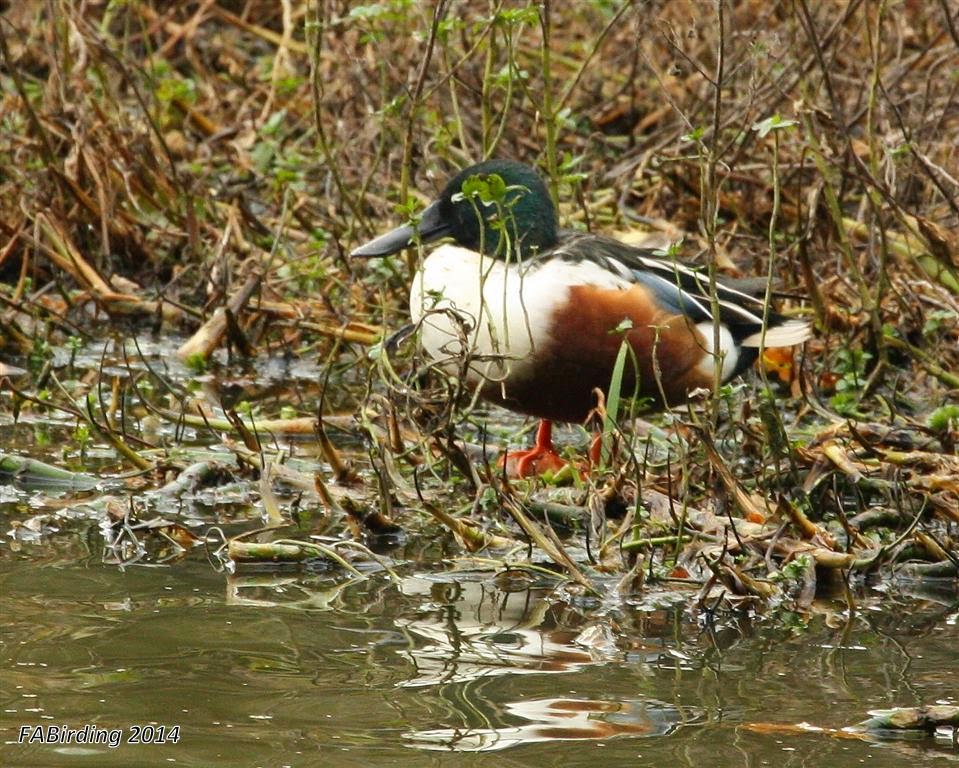 Eventually managed to capture him out of the water. 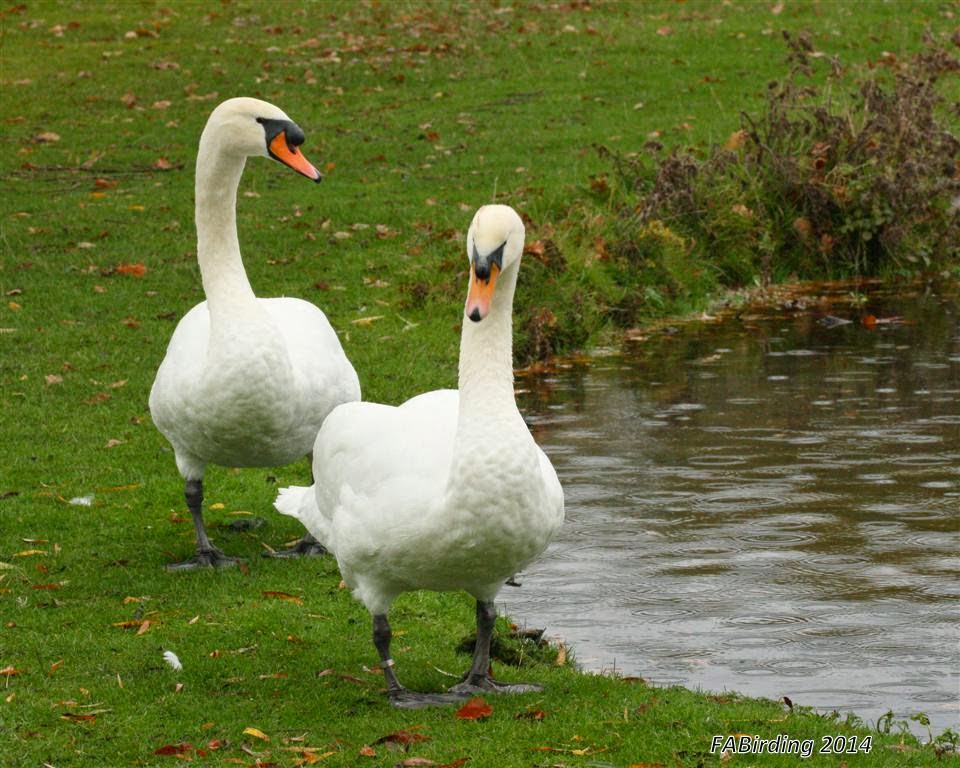 Mute Swans don't turn up on the patch very often so it was nice to see a pair drop in if only very briefly. 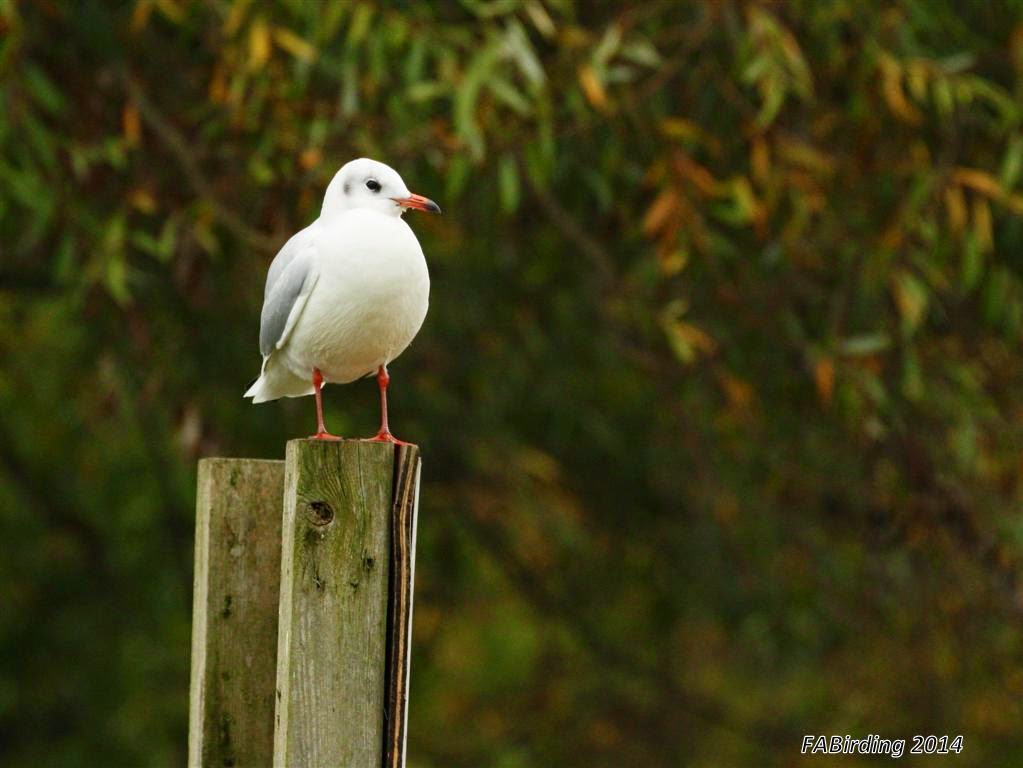 A single Black-headed Gull takes a rest from its aerial circuits around the pond. 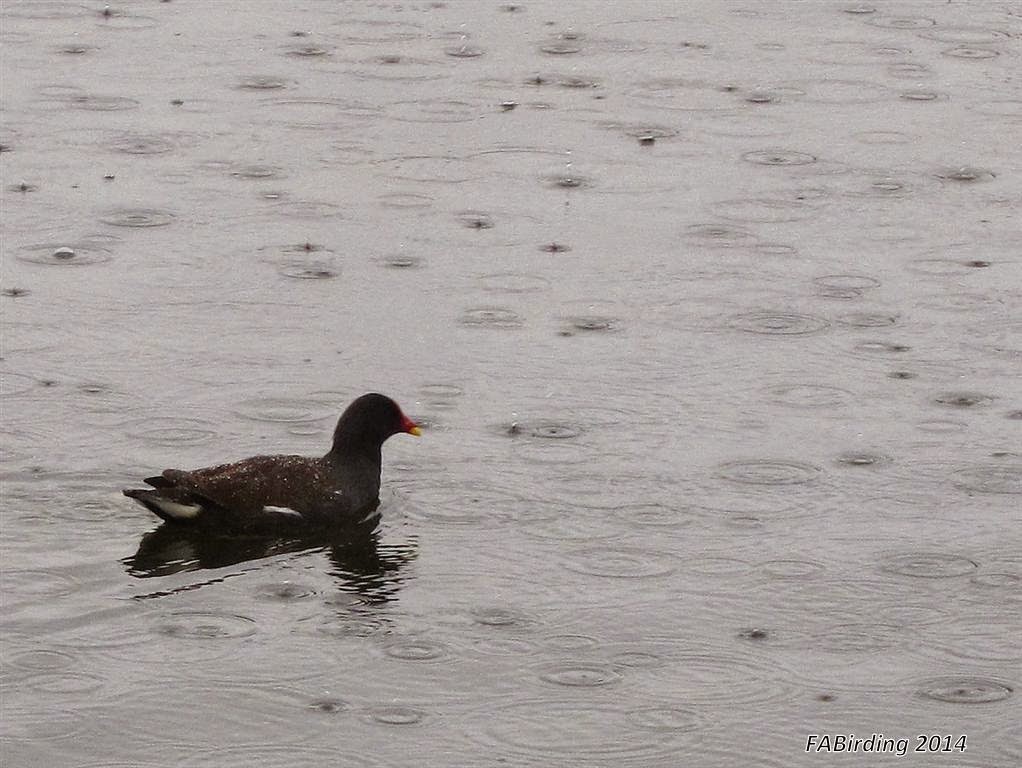 Moorhen .... and it's time to dig out the wet weather gear!  Linking to I'D-Rather-B-Birdin'.

Wishing everyone a wonderful wildlife watching weekend, wherever you are.  FAB.
Posted by FAB at 01:01