A very recent wander around the grassland and wildflower meadows within Horton Country Park on another windy day produced my first sightings this year of species that enjoy this particular habitat.

Essex Skipper (Thymelicus lineola)
This little butterfly, first recognised as a new species in 1889, is easily confused with the Small Skipper (Thymelicus sylvestris) but the black tips to the underside of the antennae (orange-brown on the Small Skipper) is usually my only way of separating these two species .... but only after I've got a reasonably good image for comparison! The flight period is usually from the end of June until the end of August. 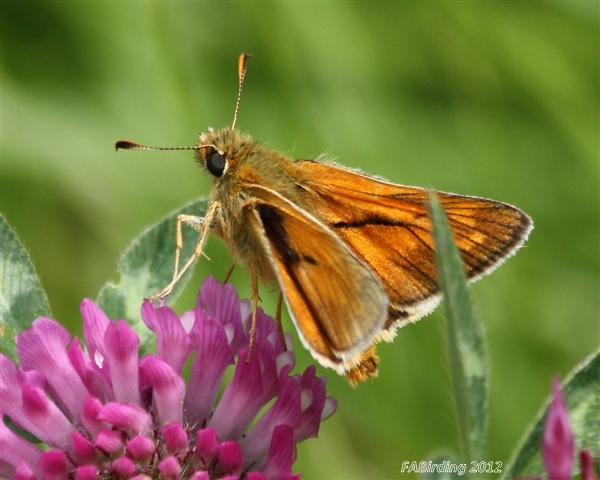 Large Skipper (Ochlodes venata)
This species is our most widespread 'orange' Skipper; single-brooded with a normal flight season that starts in late May or early June, reaching a peak in mid-July and usually disappears by the end of August. 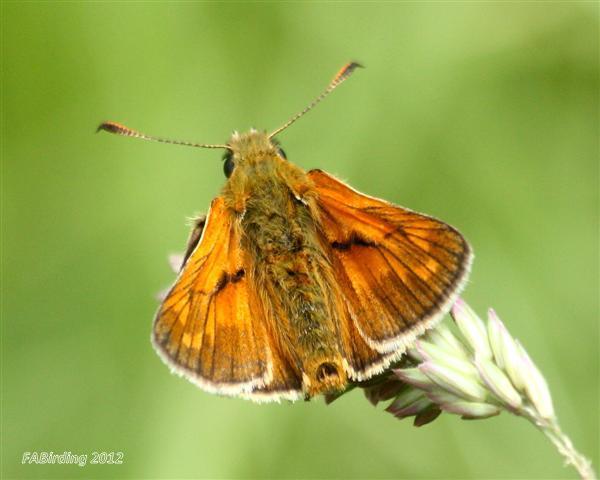 Large Skipper (Ochlodes venata)
This male was resting and swaying in the breeze on Cock's-foot which is the caterpillar's main food plant. 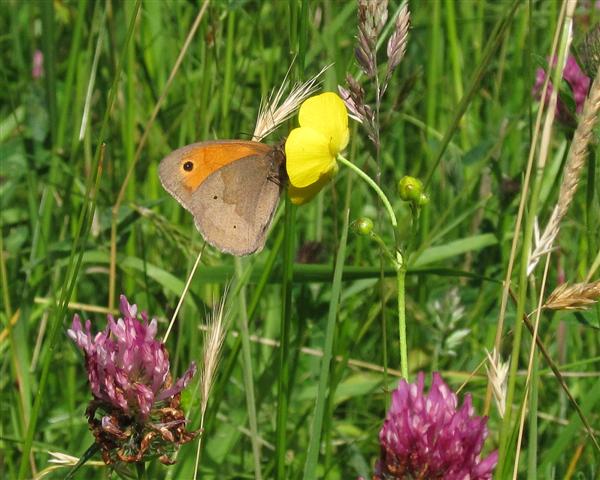 Meadow Brown (Maniola jurtina)
Probably the commonest and most widespread of our butterflies that is capable of flying on overcast days with a lengthy flight period from late may until October (depending on the weather conditions). 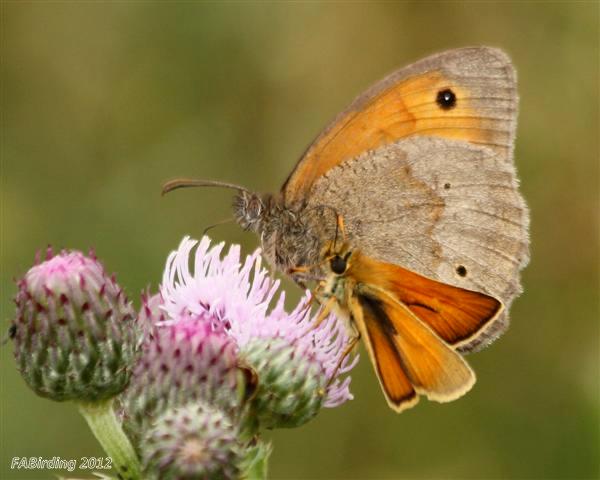 Two for the price of one! (Meadow Brown and a Skipper).

As all these species lay their eggs in a variety of grasses with their caterpillars (except the Essex Skipper) overwintering it is vitally important that not all tall grasses are cut at this vulnerable stage of the life cycle to ensure good numbers survive from year to year. Now all we and the flutters need is a good spell of dry, warm weather so that we can all enjoy the myriad of colours usually seen flitting around the meadows at this time of year.  FAB.
Posted by FAB at 23:51