At the end of last week I took a stroll alongside the River Mole and although the sun was shining there was a very blustery wind ..... certainly not ideal conditions in which to seek out one of my favourite water side damselfly species. Undaunted I picked a likely spot and waited and it wasn't long before the first of many male Banded Demoiselles (Calopteryx splendens) perched on the nearby vegetation. 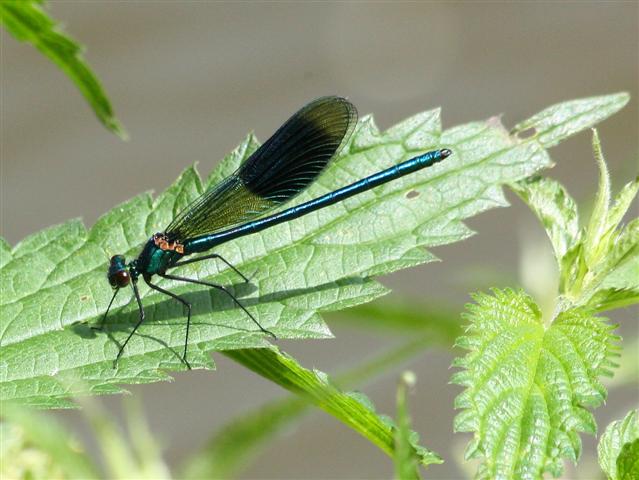 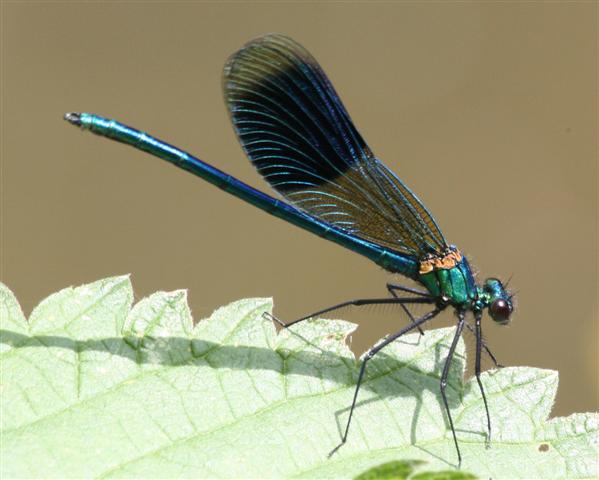 In an attempt to get some uncluttered shots I decided to get closer to the water. Despite all the rain we've had the water level was not particularly high so I scrambled down the bank and tried to maintain a steady base while slipping and sliding in the mud close to some reeds. 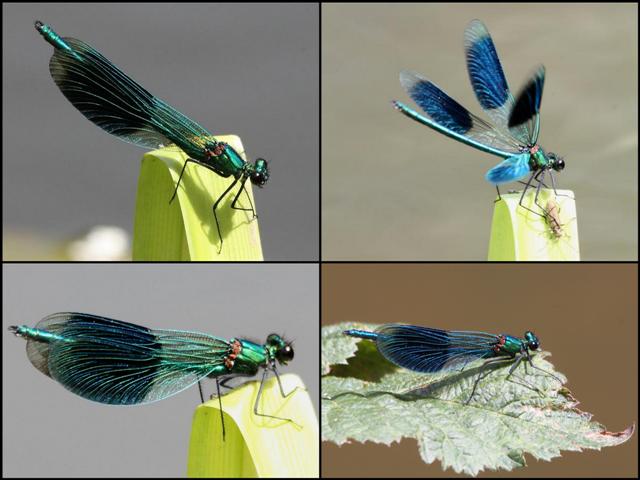 Well the effort paid off as there were plenty of males chasing one another and they regularly perched for a brief rest before continuing their territorial chases and hunting for a likely female which never materialised. 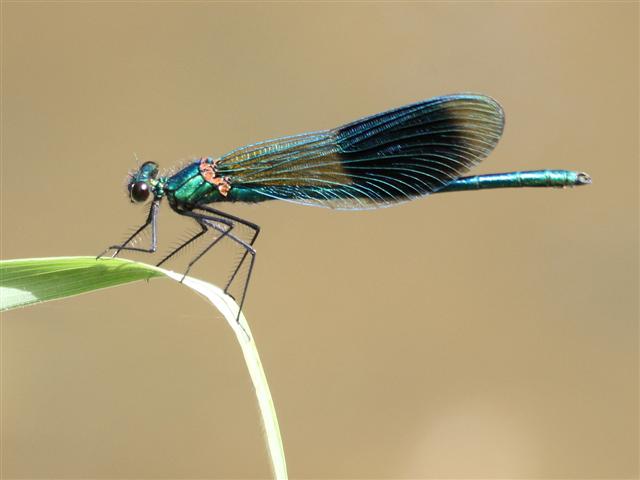 I didn't spot any male Beautiful Demoiselles (Calopteryx virgo) but one female made a brief appearance ... 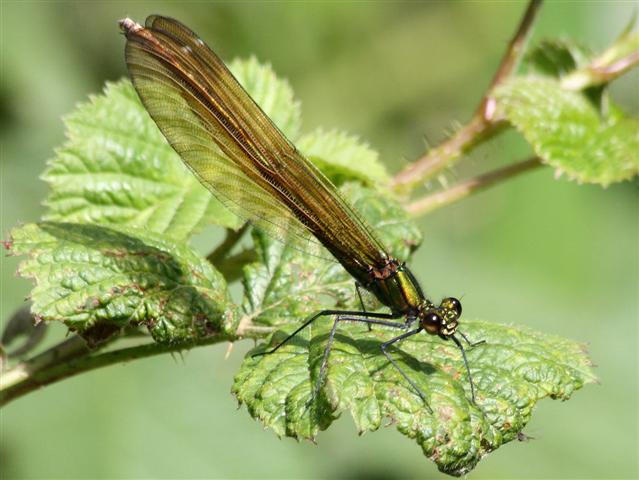 .... distinguished from the Banded species by the suffused brownish colouring in the wings.  FAB.