On Tuesday, during my stroll around Epsom Common, I spent a while sitting next to a shallow pool (hidden by the reeds in the view below) hoping to see some 'dragons' and I wasn't disappointed. 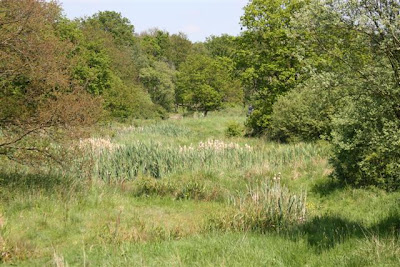 The air was alive with numerous male Broad-bodied Chasers (Libellula depressa) zipping up and down, skimming the water as they each attempted to locate a female. The aggression was clear to see as they very rarely stopped and fought to maintain their territories. 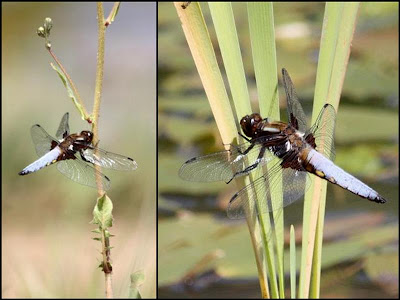 On several occasions I watched a male grasp a female and the tandem pair soared upwards with copulation being completed in a matter of seconds but far too fast for me and the camera to follow! 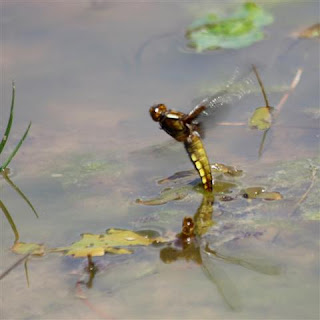 The female appeared to wait until the coast was clear before dropping down and hovering a few centimetres above the water then ovipositing by tapping the tip of her abdomen on the surface. The eggs stick to submerged vegetation and will hatch in about 2 to 3 weeks time. 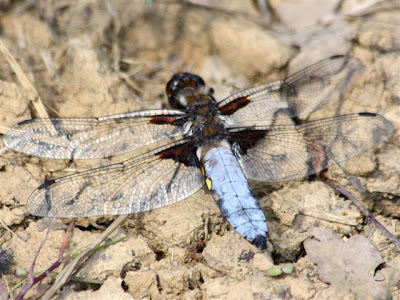 In flight the male Broad-bodied Chaser can easily be confused with the Black-tailed Skimmer which share similar locations and has a much narrower blue abdomen but with a more prominent black tip. At rest the dark brown basal wing patches are clear to see whereas the on a Skimmer the wings are clear. I had to wait very patiently to capture any of the mature males when they eventually took a very brief break from their extensive patrol flights....but here are a few. 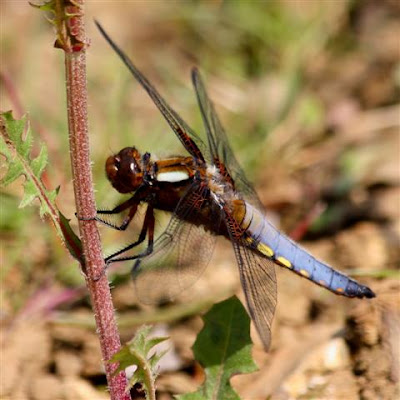 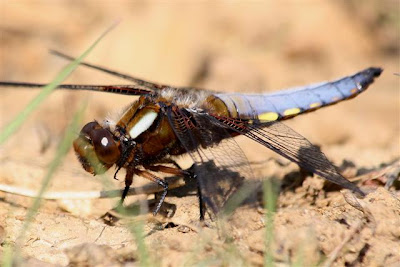 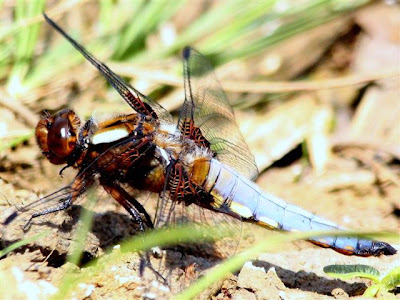 Unfortunately I never managed a head-on shot as every time I moved position they decided to fly off again so I may have to return in a few days time and see if I have more luck.  FAB.
Posted by FAB at 23:57