Nature is beautiful AND brutal.

When I go out somewhere locally for one of my regular 'strolls' it is often without any pre-planned objective and indeed I just let my legs take me wherever they want. Whilst I enjoy company when watching wildlife; having another pair of eyes is always helpful; I'm also very comfortable in my own company with my own thoughts. If something takes my interest I will stand or sit for ages and just soak up the atmosphere around me. Today was no exception when I headed out to Bookham Common late morning with still a hint of rain in the air but hopeful of some sunshine and decided to walk into Hill House Wood which would provide overhead leafy cover from either of these elements. I was not expecting to see much avian activity now that many species are feeding young, often well hidden, but there was the occasional call from a Nuthatch, Wren and Blackbird that interupted the near silence.
Initial fluttering activity both high above and around my feet was from White Admiral, Ringlet, Speckled Wood, many Meadow Browns and then I spotted a recently emerged male Silver-washed Fritillary, a speciality of large broadleaf woodlands in southern UK feeding on a Bramble, its favourite food source. 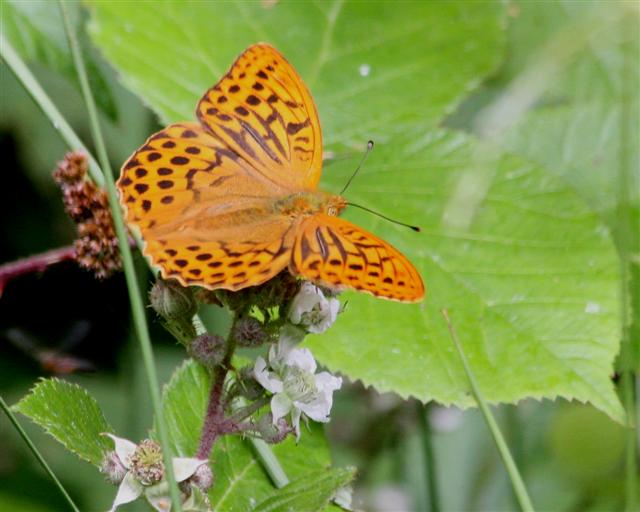 Walking slowly into one of the open glades my attention was drawn to some more frantic orange fluttering activity and using the bins I located three Silver-washed Fritillary about 50 yards away and two of them appeared to be settling together on a bare stem. 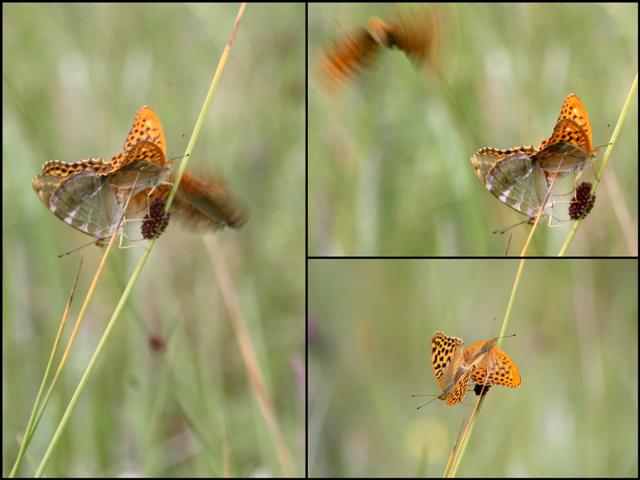 I carefully stalked a little closer to capture a pair copulating and took one quick shot (below) that I have cropped before starting to creep closer for a better shot....BUT.... 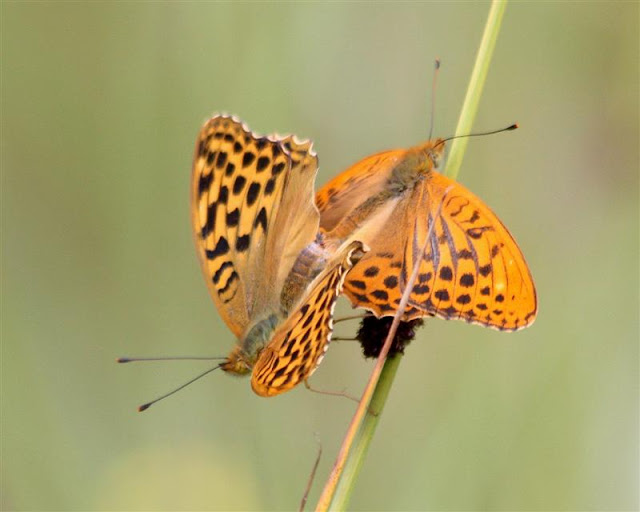 ...neither I or the camera were ready for the next saga....a blue predator dashed in and grabbed both butterflies, dragging them into the grass. 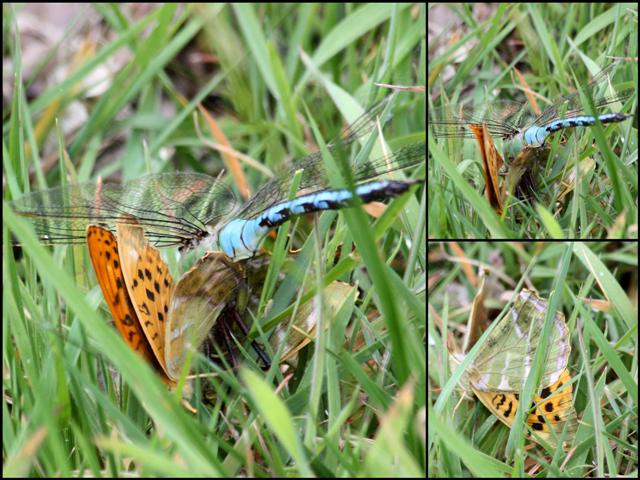 My reactions and the camera settings where a little too slow but I watched the predator fly off with one Fritillary, the other one was initially motionless beneath my feet but after a few moments fluttered awkwardly to another area about 30 yards away. 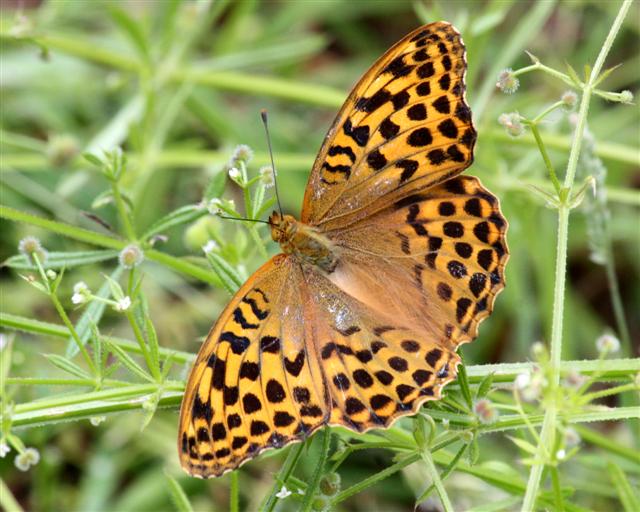 I relocated this individual, a female, and you can clearly see damage to one of its antenna and much more noticeable is the lack of its abdomen, obviously torn away in that brief but catastrophic encounter. I have no idea how much longer this lady will survive.....here mate is already dead.....
.....nature is often beautiful but sometimes very brutal. 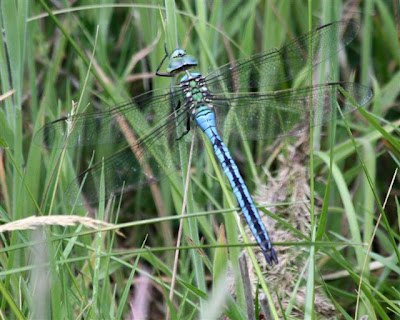 I eventually located the predator, Emperor Dragonfly (Anax imperator) hidding in the grass. Not the best picture as this individual didn't like me getting very close.....presumably in case I could ID him!
For more close-ups of the Silver-washed Fritillary please go to the post on my FABirding blog..FAB.
Posted by FAB at 00:36