Needing some fresh air on Saturday I headed over to Epsom and Ashstead Common late mid morning with the camera to see if there was anything of interest to photograph. There was very little activity or sound around the car park apart from a brief appearance of this Robin. Not the sharpest image, but I'm glad I didn't delete it as very few species wanted their portraits taken! 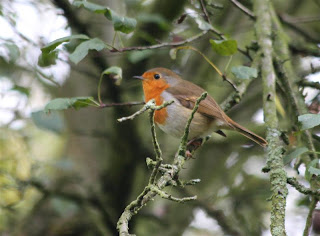 A Nuthatch was calling away in the woodland so the intrepid "EB" stepped off the beaten track and attempted to get closer to the continuing strident calls. While attempting to step quietly through the undergrowth I caught sight of a Goldcrest flitting through a holly tree but too well hidden for any shots. Next where a number of Great Tits briefly appearing on the path ahead of me but again not stopping long enough and a Wren perched on a nearby branch but as soon as I made ready it disappeared. Oh well, I thought, be patient and then I spotted a Treecreeper quickly moving up a nearby oak but probably too far away for a decent shot, but I took a couple of shots for luck. Here is the best I could manage. (Click to enlarge). 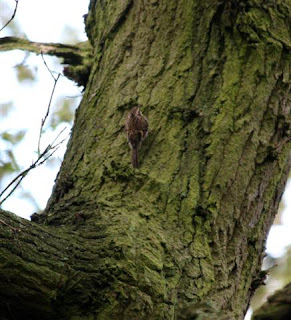 Well you can probably guess that I failed to find the Nuthatch but did see fleeting views of both Jackdaws and Crows through the tops of the oak leaved canopy. I eventually made my way to the Great Pond but failed to find anything on the water. Attempts to stalk a Grey Heron proved fruitless as it flew to the far side and the two Black-headed Gulls were more than happy to keep their distance. I then spotted a few dragonflies but despite a 20 minute vigil at the waters edge they failed to take a rest or hover anywhere close to me so I snapped these rushes just to show a 'before & after'. 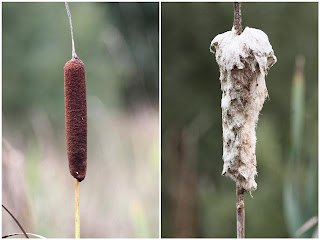 After leaving the pond I followed various paths while trying to dodge other users (joggers, dog walkers, cyclists etc) and after an hour came to one of the very ancient pollarded Oaks called the "Wishing Tree". The 'face' was not very welcoming so I didn't make a wish! On reflection, perhaps I should have wished for some avian activity but it just wasn't my day! 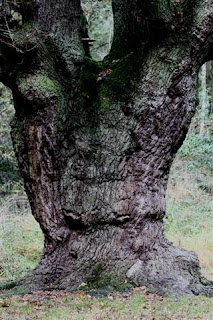 Shortly after leaving the 'Wishing Tree' I could hear the calls of several Jays but again as I got closer to their hidden location they moved on. There are lots of dead trees throughout the commons which corvids often use to rest and monitor their surroundings but today it was just bare fingers reaching up into the darkening skies. 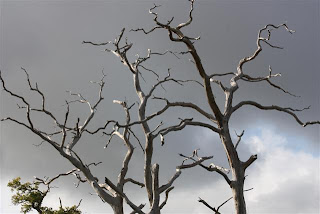 The north-western boundary path overlooks the arable landscape towards Rushett Farm which I have yet to explore. Despite some recent rainfall the stream bed is still bone dry. 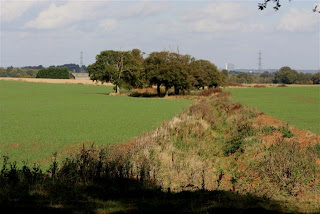 Finally, in the paddock close to the car park a pair of horses were enjoying each others company. 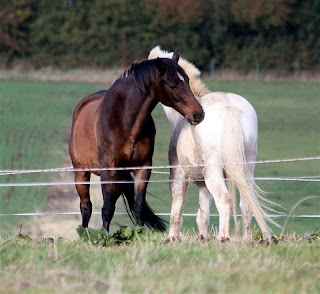 Well I enjoyed the walk and the fresh air.......until the next time. FAB.