On Wednesday the weather forecast was showers and strong winds and whilst this would not be ideal for wildlife watching I took a spin over to Stoke Lake to blow the cobwebs away! As expected there was very little avian activity as I followed the tow path and then crossed the boardwalk heading towards the lake. I did see Common Blue Damselflies and Common Darter battling the strong breeze at the waters edge but rarely perching for a rest or indeed a photocall.
At the top end of the lake there were masses of Canada Geese and as I paused a family group of Mute Swans drifted over to investgate this intruder. 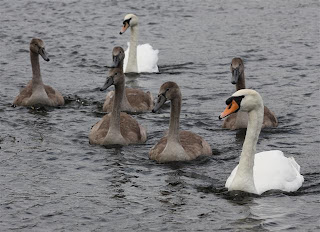 One of the parents headed straight for me and gave me the once over and ....... 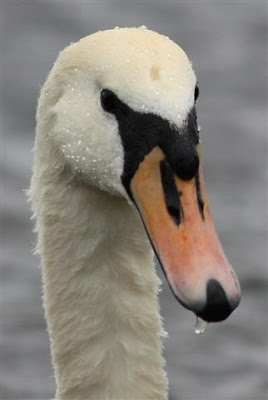 satisfied that I presented no threat adopted the classis "S" shape pose. 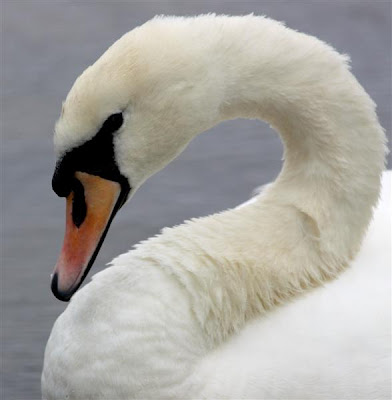 The cygnets were also very much at ease as they drifted around looking for something tasty to eat. 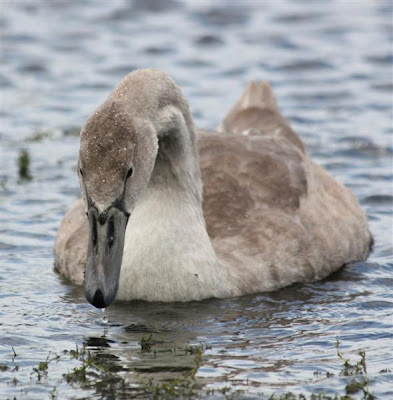 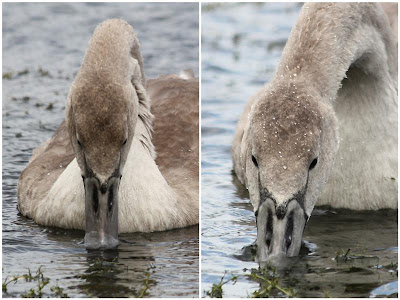 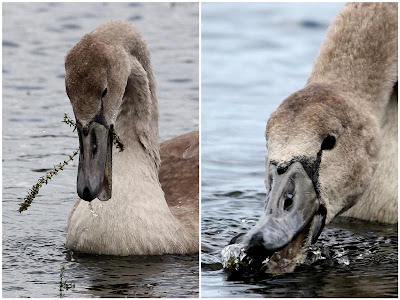 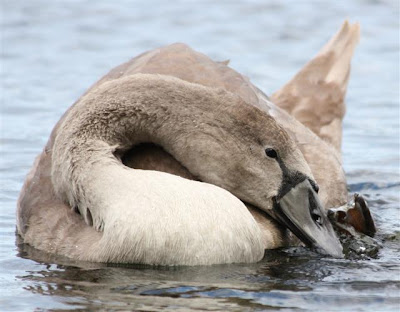 And finally did a bit of preening. 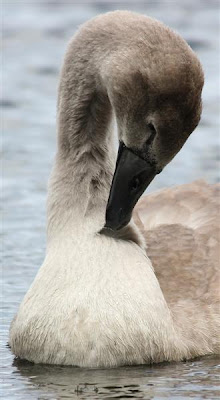 The next inquisitors were a party of Mallards but I'll leave them for another post. FAB.