Getting to grips with new gear. 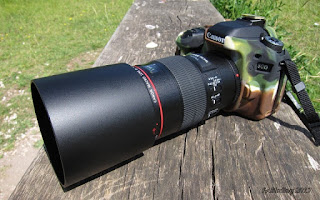 At long last I finally decided it was time to upgrade from my trusty Canon 450D that has served me well for many years to something with a great deal more fire power and also add a macro lens to my tool box.

So earlier this week I paid an early morning visit to the lower chalk downland slopes at Juniper Bottom together with my new 80D and a 100mm f2.8L Macro lens in anticipation of finding some 'flutters' to photograph.

Whilst the temperature was a reasonable 19 deg.C there was a blustery wind and nothing appeared to be on the wing until I spotted a lonely male Marbled White hunkered down in the grass. 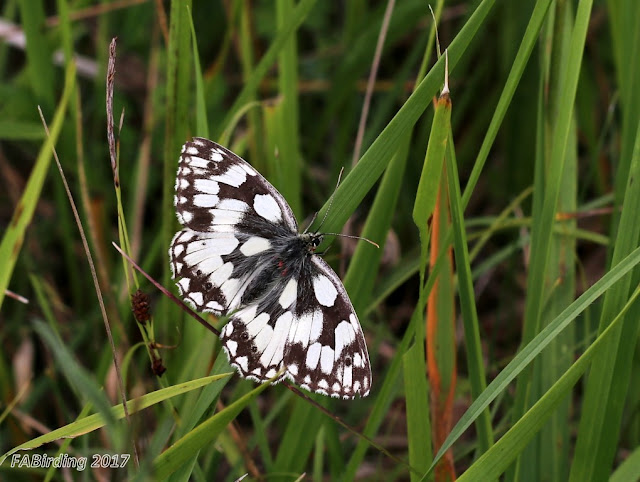 Over the following twenty minutes it constantly flitted around the hillside rarely stopping to perch for a second or two but finally came to rest long enough to test the new set up. 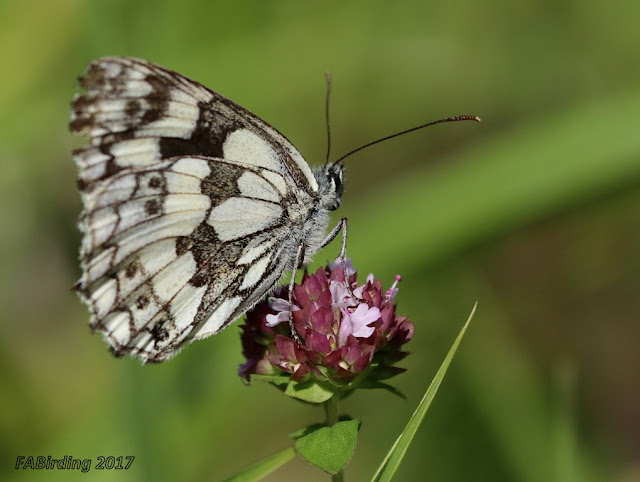 As the morning wore on I found a few other species. 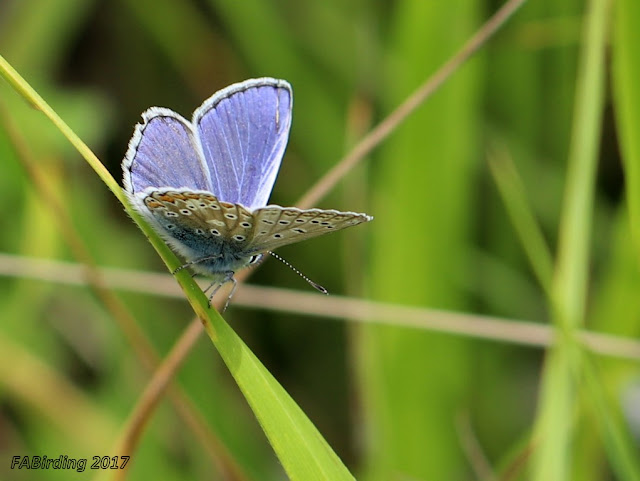 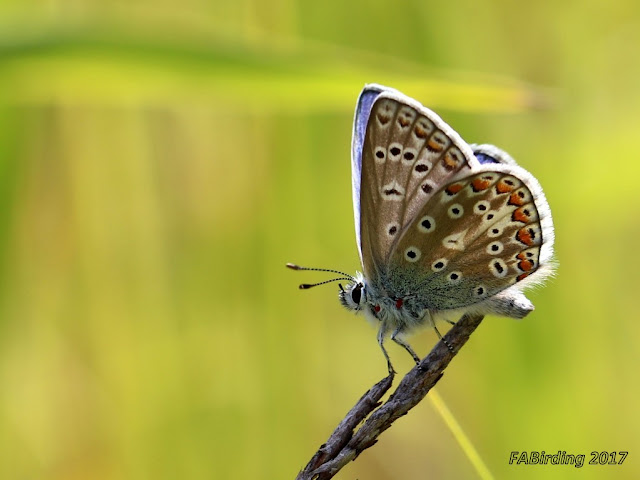 And fairly close by was a female Common Blue (below). 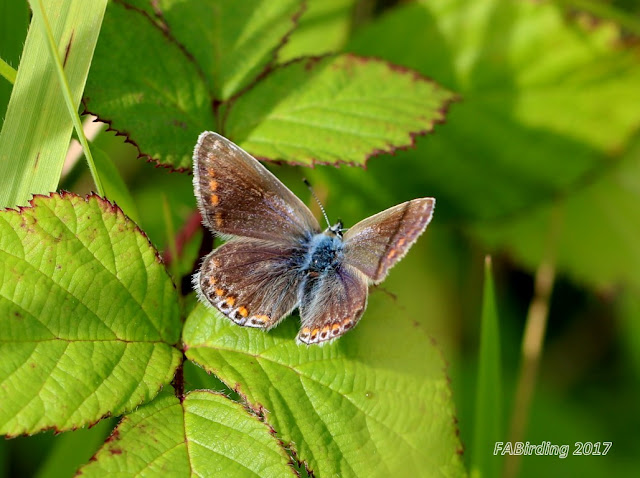 When the sun disappeared behind the clouds I turned my attention to the varied selection of wild flowers scattered over the grassland. 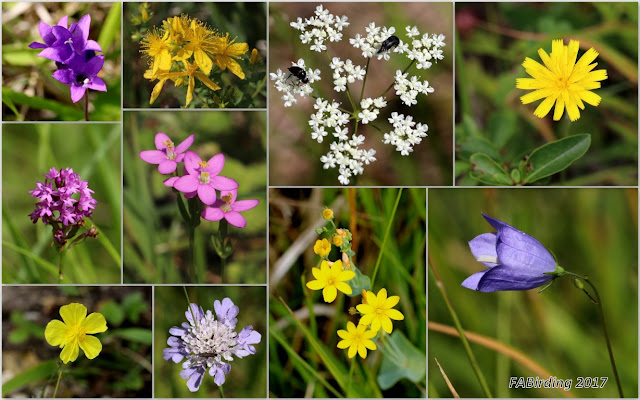 Attaching an extension tube to the macro lens gave me an opportunity to test its use with some close-ups of Knapweed bracts (below). 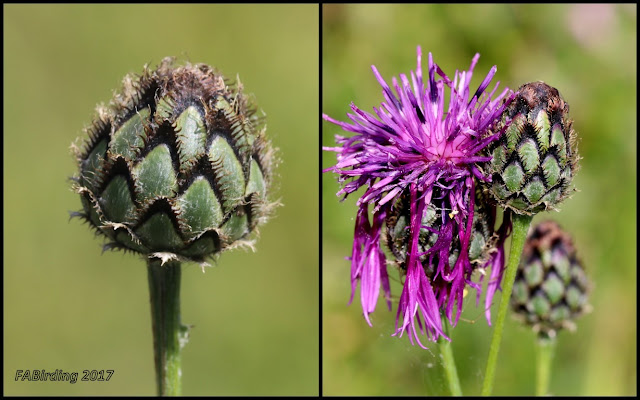 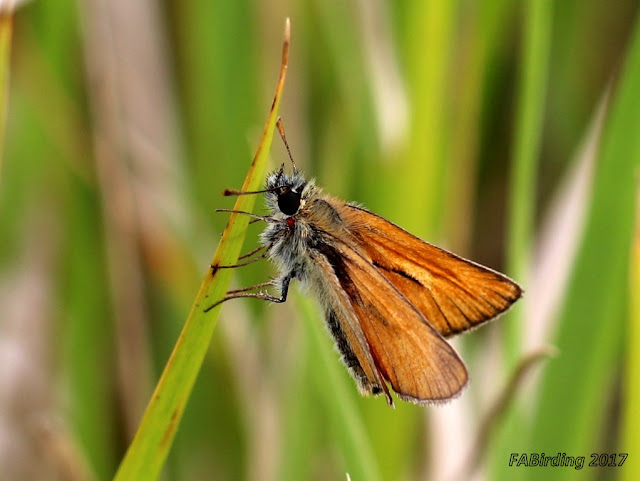 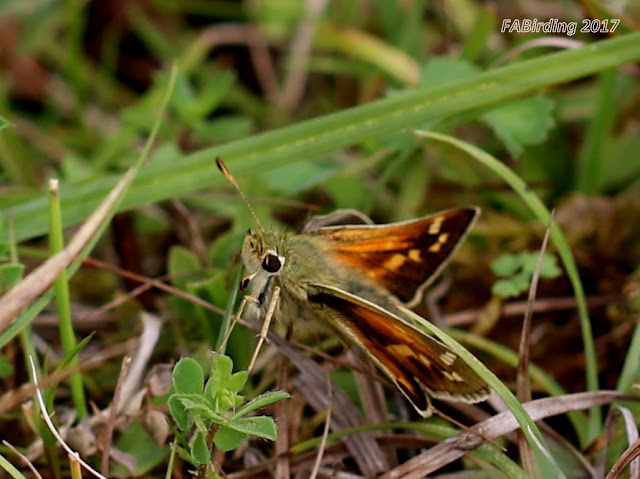 A chance find was this Silver-Spotted Skipper hiding close to my feet and I only managed one shot before it flew away never to be seen again! 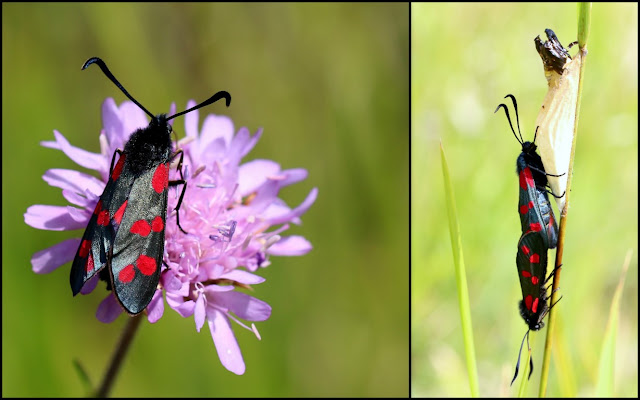 There were plenty of Six-spot Burnets all over the grassland.
One species I was hopeful of seeing was the Dark Green Fritillary (below). I followed several up and down the slope for what seemed ages before getting just one shot of this individual as it perched briefly. 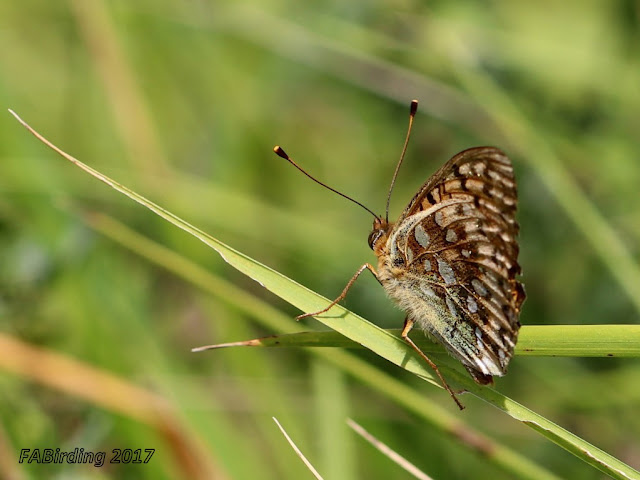 Having reviewed all the images taken during this test excursion I am very pleased with the outcome and performance of the new gear ... just need to get used to the different button layout on the 80D and maybe read the instruction manual. FAB.
Posted by FAB at 00:57