On Thursday, together with 15 other enthusiasts, I took part in a butterfly walk at Headley Heath with its mixed habitats of heathland, chalk downland and mixed woodland. During the first hour there was very little 'flutter' activity due to the blustery wind and light rain showers but from mid-day onwards things brightened up and we eventually logged 22 species.

Once again the new macro lens was in action and here are just a few of the species I photographed. 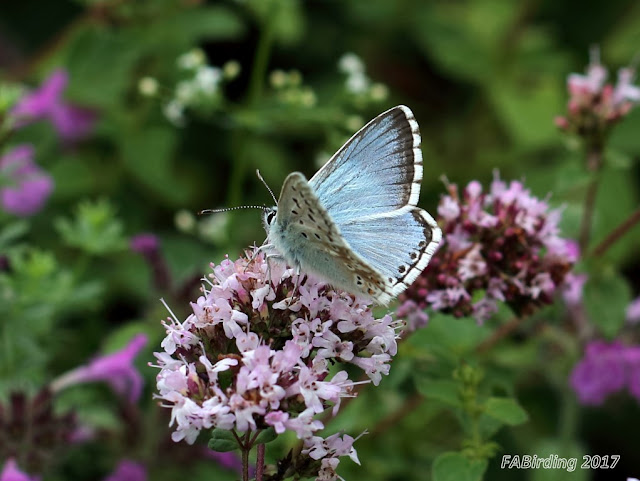 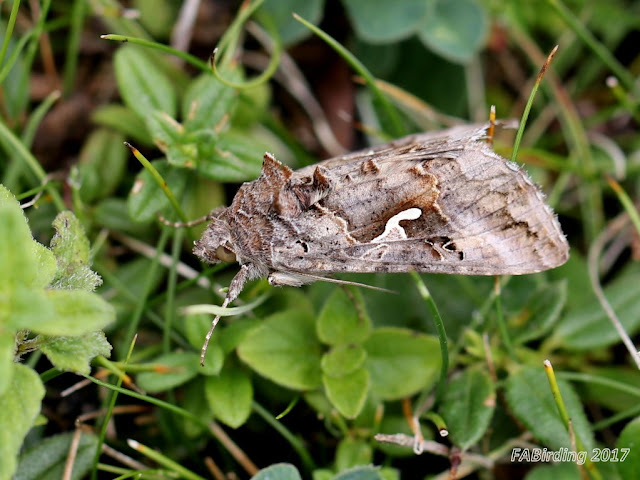 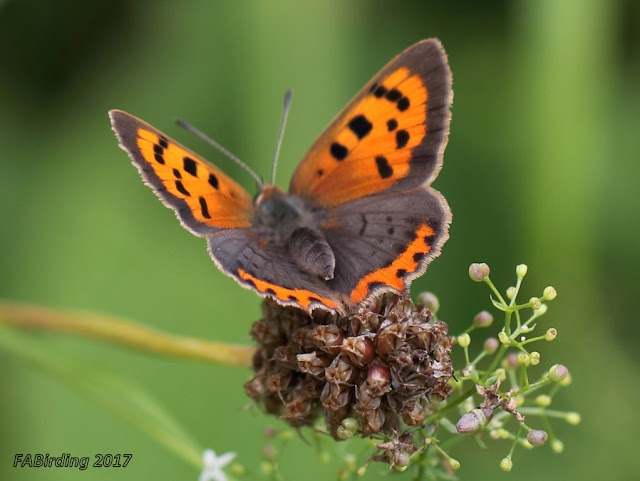 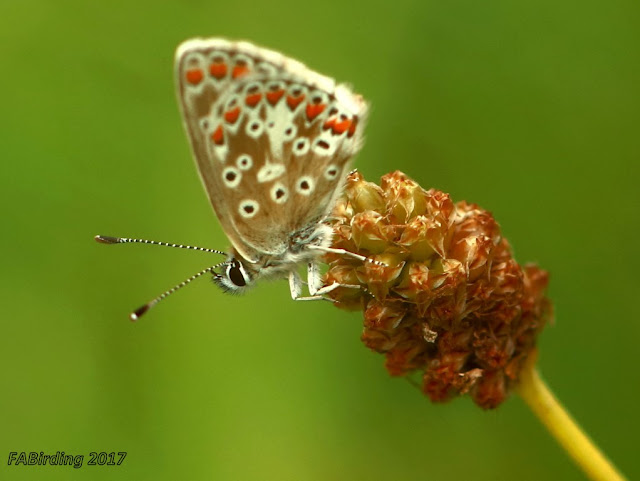 While there were a few Common Blues on the wing once the sky brightened up it was very pleasing to find a Brown Argus, initially perched with closed wings and then it decided to show its upper wing surfaces. 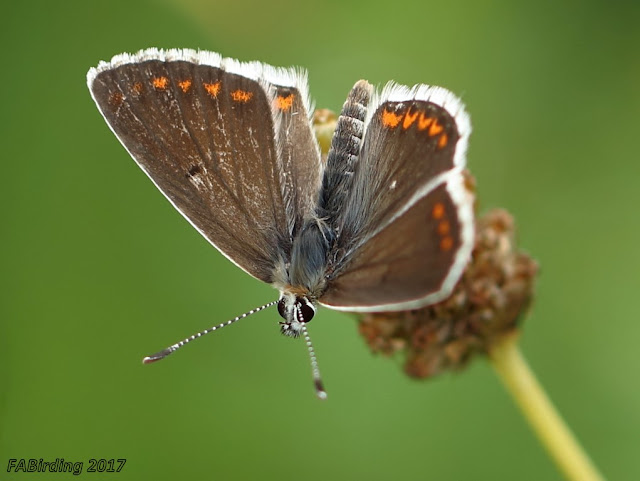 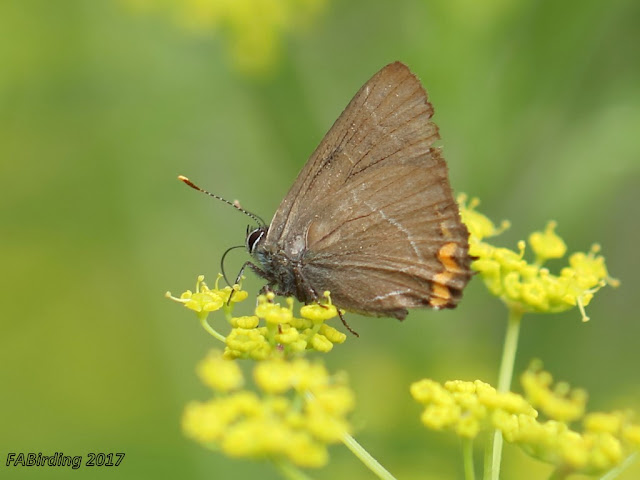 Just before we stopped to consume packed lunches one person spotted and photographed a White-letter Hairstreak but it promptly flew away. After lunch we staked out the location and eventually relocated this fairly worn individual. 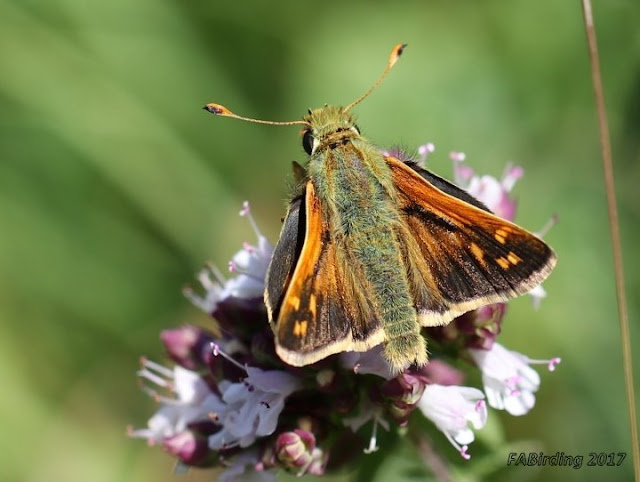 Several Silver-spotted Skippers were seen and I managed a clearer shot than my previous effort earlier in the week at Juniper Bottom.

Unfortunately the woodland failed to produce a sighting of a Purple Emperor BUT we saw plenty of Purple Hairstreaks (see below). 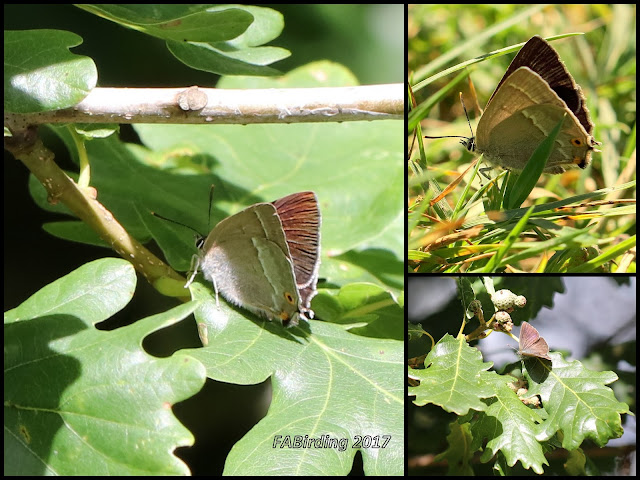 Initial views were individuals flitting around the Oaks, often at very low level and then one tame individual perched on our leader's finger for its photo call! 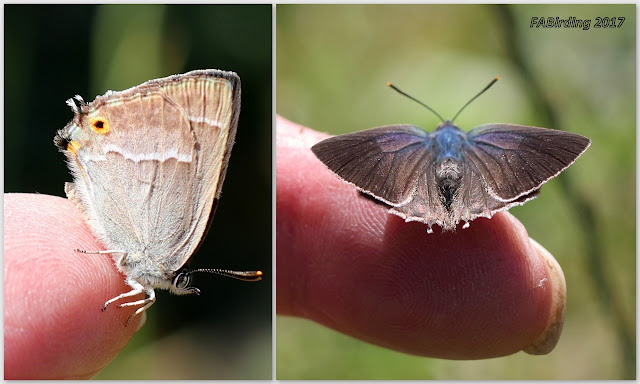