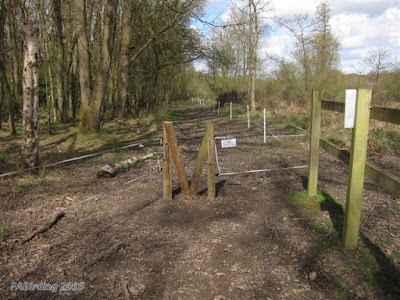 When I visited my local birding patch early this week this was the scene that greeted me. The posts have been erected and electric tape strung between them to act as a barrier for the cattle that will shortly arrive as part of the annual land management scheme.

Unfortunately this means that my previously 'free' access is now restricted to the static gateways and 'squeeze' openings unless I grow some longer legs!

This season they have extended the fenced area to include a small part of the woodland boundary presumably so the cattle will trample and grub out some of the unwanted undergrowth. 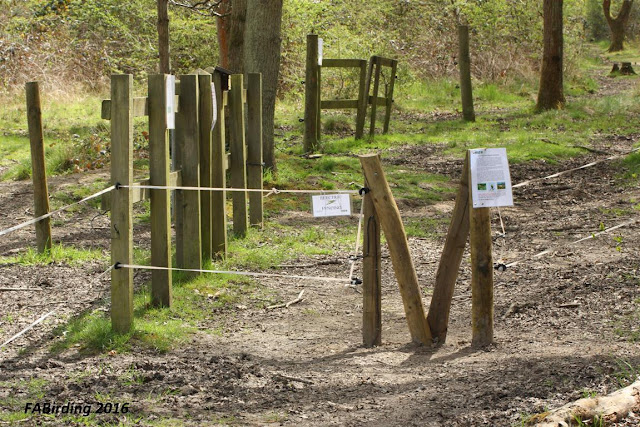 Not very much has changed in the way of bird life except I monitored a few more Common Whitethroats flitting in and out of the dense scrub and logged my first patch sighting for this year of a Garden Warbler. 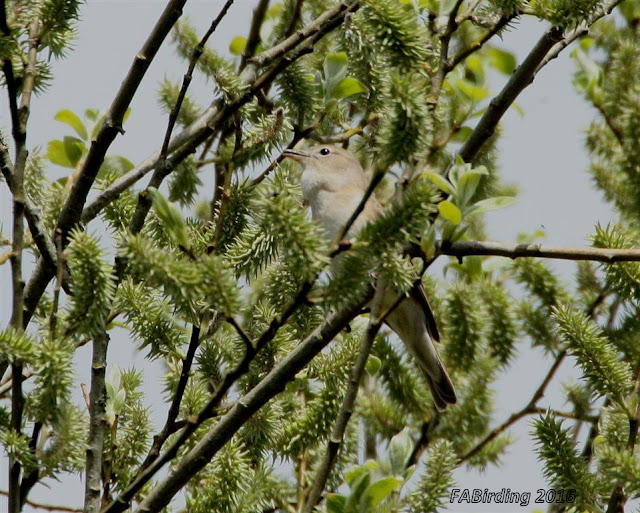 With the increase in greenery this migrant 'LBJ' was difficult to lock onto as it moved around in-between bouts of singing and feeding.


I often hear the 'yaffle' of a Green Woodpecker but they typically fly off as soon as they detect an intruder getting too close. Fortunately I managed a quick shot before this individual (below) moved into hiding behind the tree trunk. 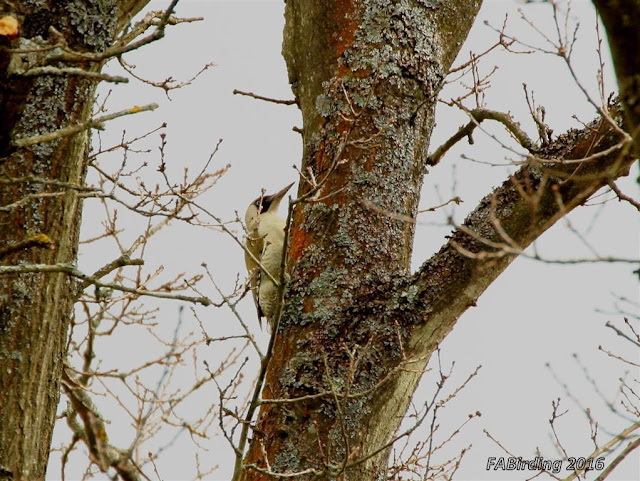 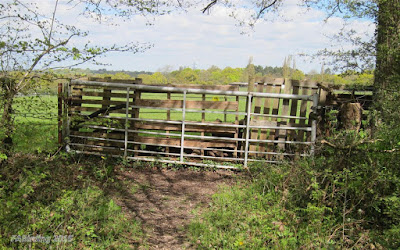 In the past few weeks this gate, where I often watch the large gatherings of winter thrushes in the paddocks of one of the local riding stables,  has gained some additional woodwork presumably to deter unwanted guests. 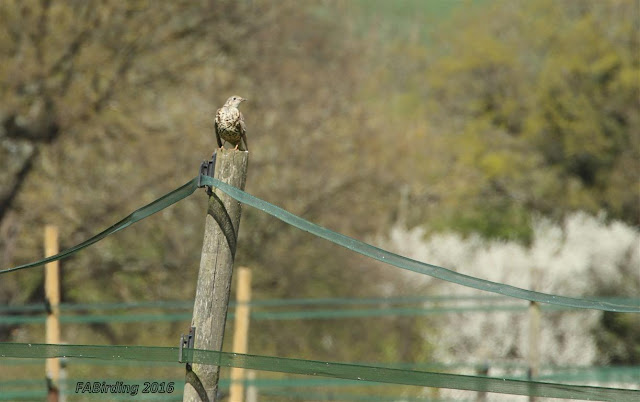 The stables also use a system of tape fencing to cordon off separate sections for the horses and one of the taller posts was being used by a Mistle Thrush. 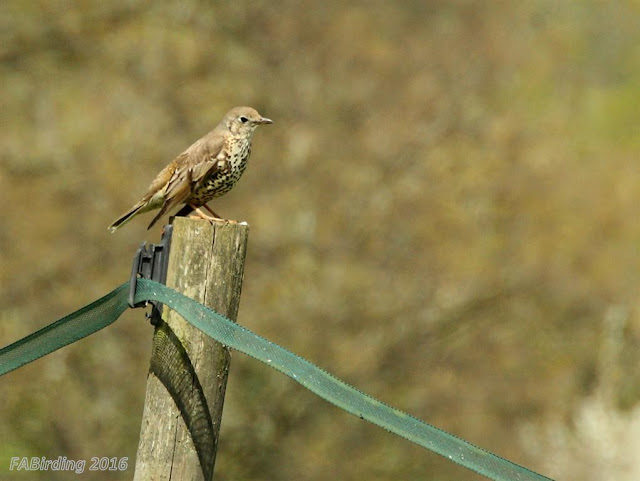 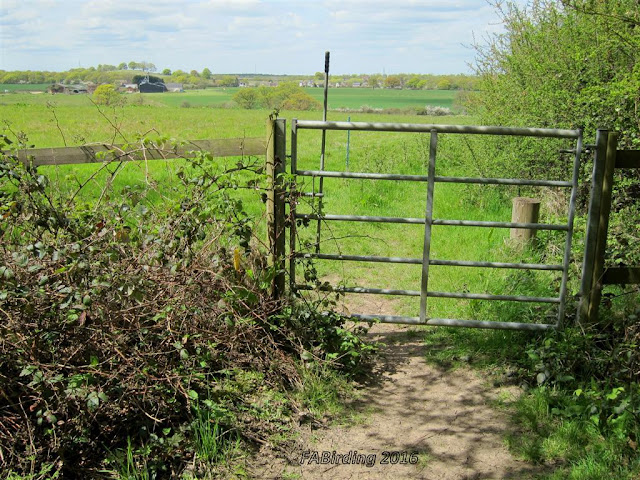 The gate above is where I listen to Skylarks singing and also provides an excellent viewpoint over Rushett Farm to look out for soaring Common Buzzards and the occasional fly by of a Red Kite. This week the young cereal crop was being sprayed and not too far away I spotted my first Speckled Wood and was also pleased to see that the Lapwings (possibly 3 or 4 pairs) are still defending their nesting territories from the large population of resident corvids. 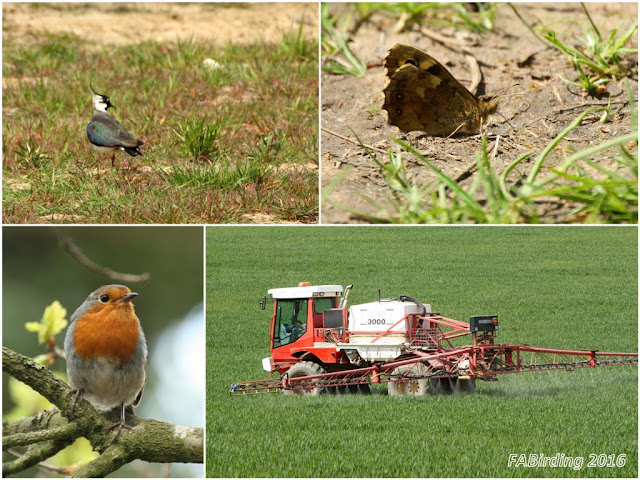