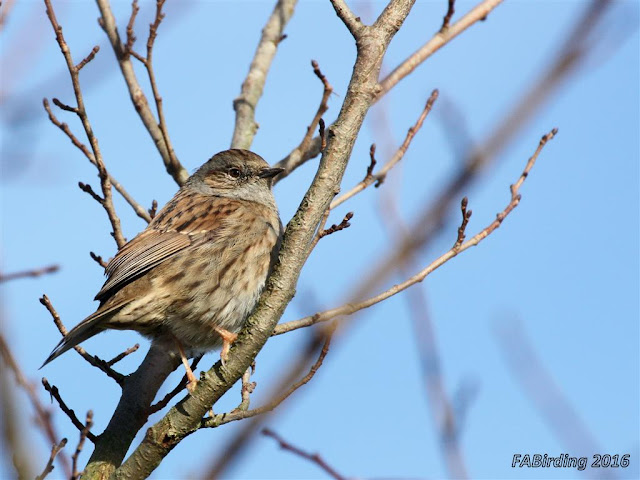 The Dunnock (Prunella modularis), also known as the 'Hedge Sparrow', is described as a small, plain looking brown and grey member of the Accentors family that tends to go unnoticed as it nervously forages beneath bushes and shrubs both in gardens and the wider countryside.

However its drab plumage and quiet, unobtrusive manner belies its actual social and sexual behaviours which you can read more about HERE. [An article written by Mike Toms]. 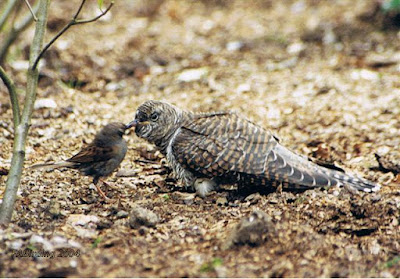 This species is also commonly ‘brood parasitised’ by the Cuckoo and way back in 2004 I was fortunate to witness a Dunnock feeding a juvenile Cuckoo in the gardens at RHS Wisley.

The typical lifespan of a Dunnock is only two years and their breeding season runs from March to August. I have recently started to hear its even pitch, shuttling song which is often described as sounding like a 'squeaking gate'. 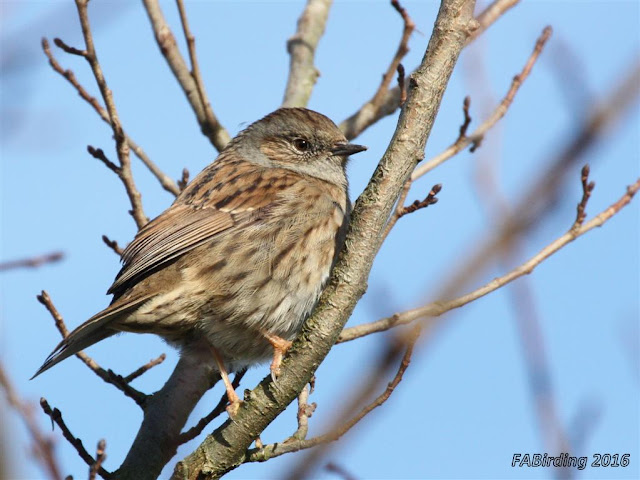