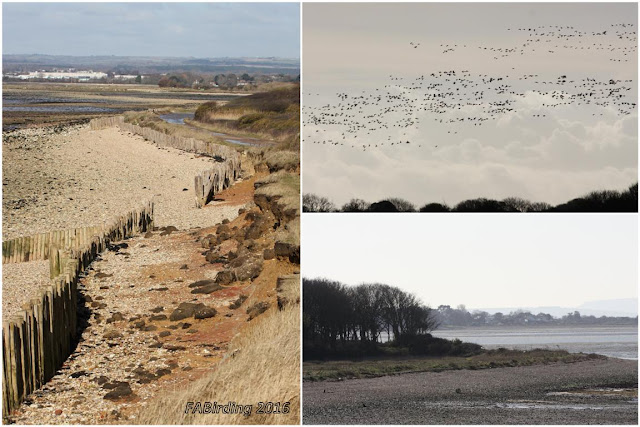 Whenever we visit my father-in-law on Hayling Island I usually manage to wangle an hour or two to wander part of the shoreline overlooking Langstone Harbour and yesterday I was able to extend my time by walking part of the 'Billy Trail'. With the tide well on the ebb most of the waders; Curlew, Godwit, Redshank, Dunlin, Grey Plover and Knot; were specks out on the expanding mudflats with large numbers of Brent Geese also seen flying to other parts of the harbour. 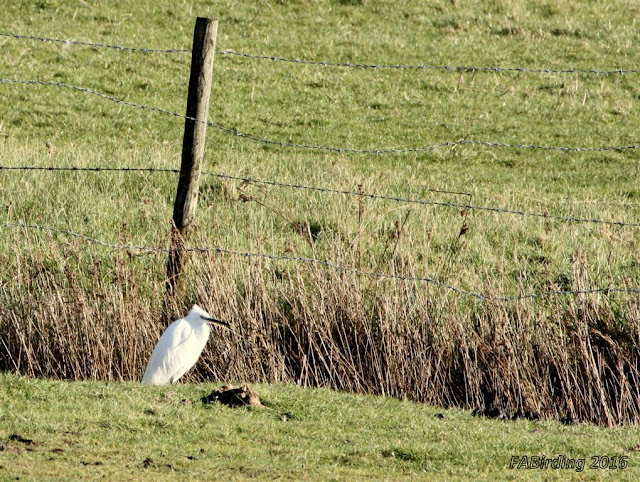 Looking inland this Little Egret was sitting quietly by the edge of a stream that crosses one of fields which is also often frequented by a Kingfisher but no sighting during this walk. A Common Buzzard (below) made a brief appearance overhead before disappearing beyond the nearby woodland. 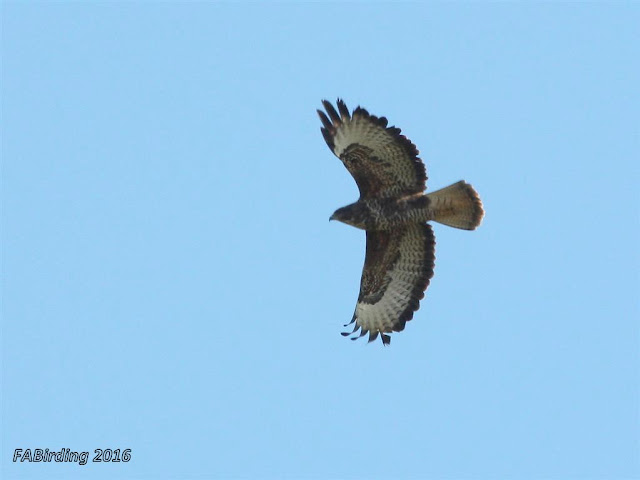 With little else catching my attention I retraced my steps and made my way towards the old Oyster Beds with the strident calls of hundreds of gulls increasing in volume the closer I got to their nesting site. A month ago there were just a handful of Black-headed and one or two Mediterranean Gulls but now the colony was alive with activity as they jostled one another for their allotted spaces. 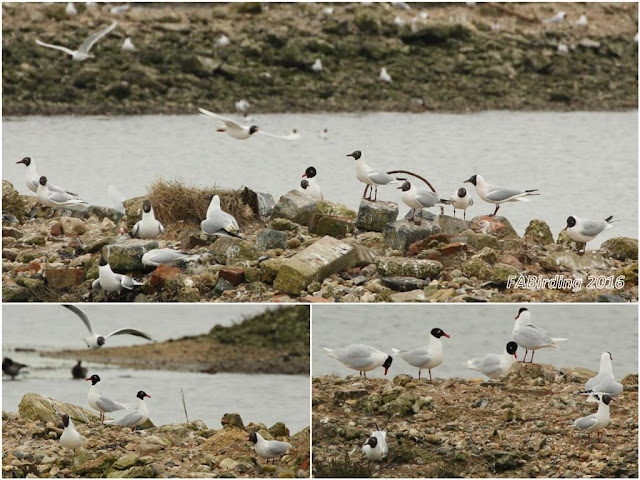 I will feature some additional images taken of the Mediterranean Gull in a separate post very soon.


Close to the path I disturbed a Rock Pipit while out in the harbour I also spotted a pair of Shelduck and a single Red-breasted Merganser. 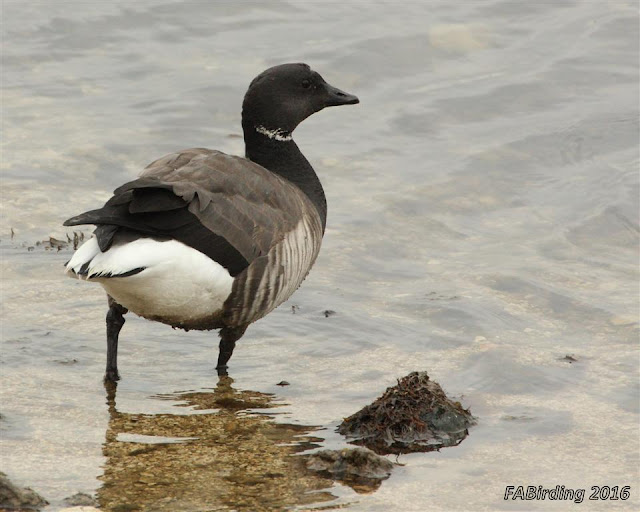 One of a pair of Brent Geese wandering around the edge of the tidal pool and close by a couple of Oystercatchers (below) were seeking out morsels from the muddy margins. 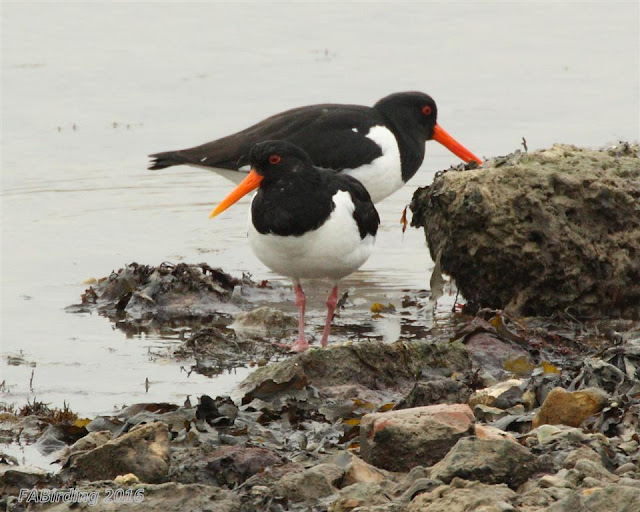 Now if my visit yesterday had coincided with a high tide I might well have experienced the joy of watching mixed gatherings of thousands of waders; usually Dunlin, Grey Plover, Redshank and Knot; taking refuge on the much depleted shingle shoreline. The images below were taken just about a month ago. 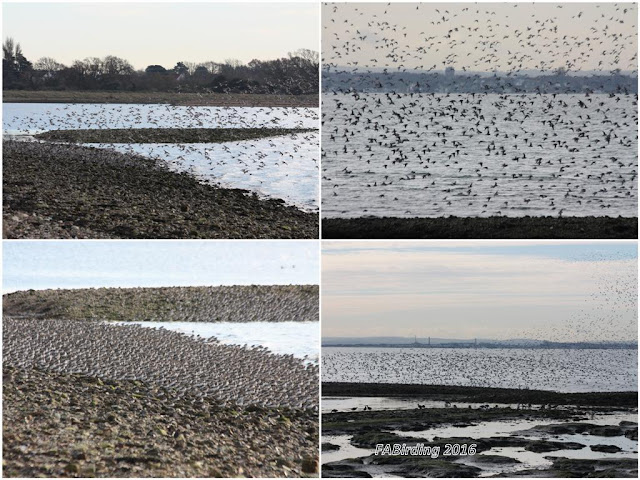