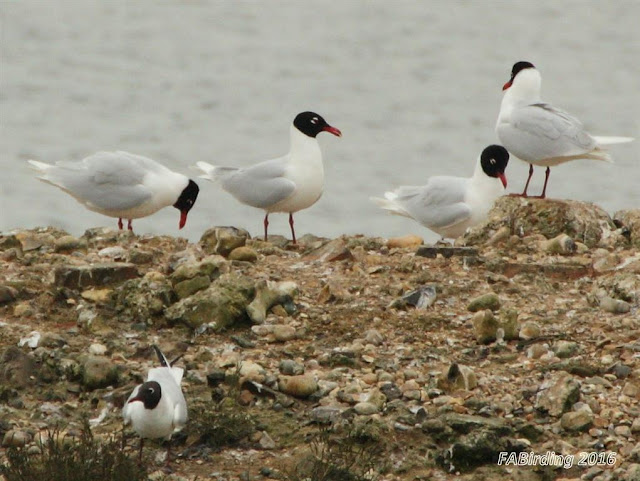 During my visit to the old oyster beds on Hayling Island last week I finally managed to get some distant (cropped) shots of the Mediterranean Gull.


This east European seabird, once a rare visitor to the UK, has now become a widely established and nesting species after a somewhat long slow start. Its initial westward range expansion mainly occurred throughout the 1960's and 1970's with the first British breeding record on the south coast in 1968. However 20 years later there were only 16 nesting pairs which doubled by 1993 and in 2013 our summer population estimates were 600 pairs but with much larger winter visitor numbers. My first recorded sighting was in the Spring of 1996. 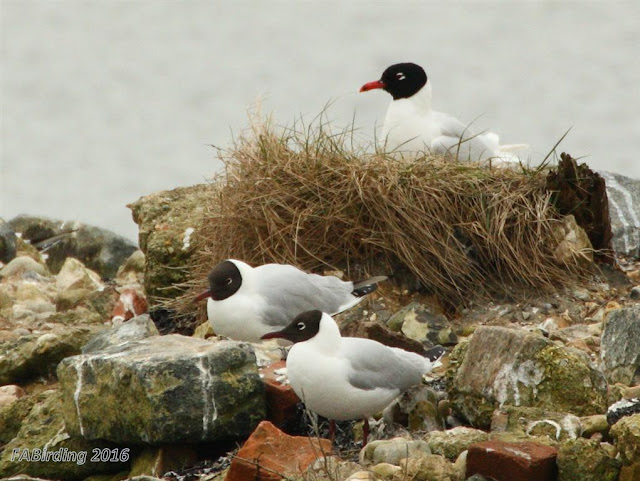 They are often found in the company of slightly smaller and less robust Black-headed Gulls, (two in the forefront above) which ironically have chocolate-brown summer hoods whereas the whiter-winged Med Gull actually has a jet black head during the nesting season, hence its scientific name Larus melanocephalus. 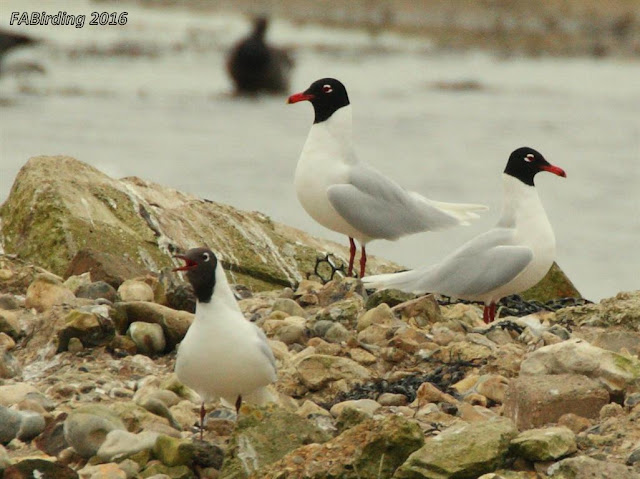 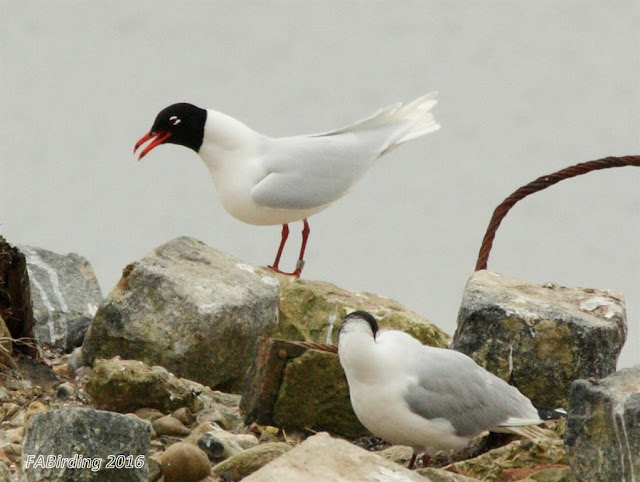