On Sunday (28 Feb) I will be leading a field trip for the Surrey Bird Club (SBC) to Farlington Marshes LNR that comprises around 300 acres of coastal grazing marsh, reed beds, scrub, with both freshwater and brackish pools. The land was first reclaimed from Langstone harbour between 1769 and 1773 by building a clay and timber wall to provide grazing land for cattle. The sea wall has been much improved and provides an ideal route around the reserve to view the wildlife both within the marshes and on the sea or extensive mudflats at low tide. 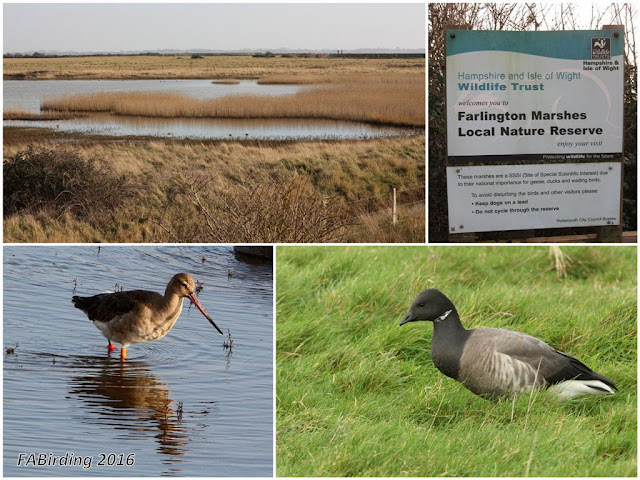 On Tuesday I made a recce visit to check out the wildlife and to get some images of the species that can be seen here just in case the windy weather that is forecast for Sunday doesn't provide me with many photo opportunities. 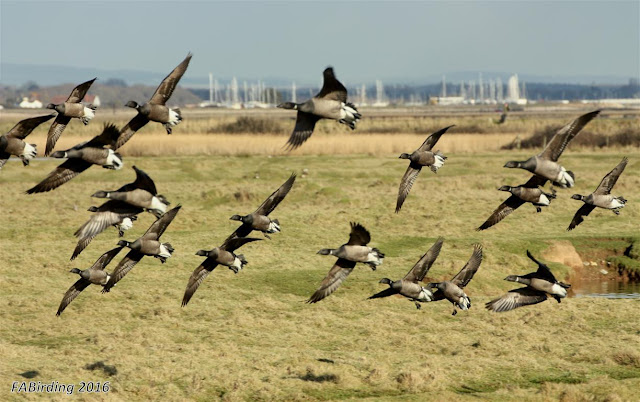 During the winter months one of the main attractions are the very large flocks of Dark-bellied Brent Geese that feed on the grazing marsh. 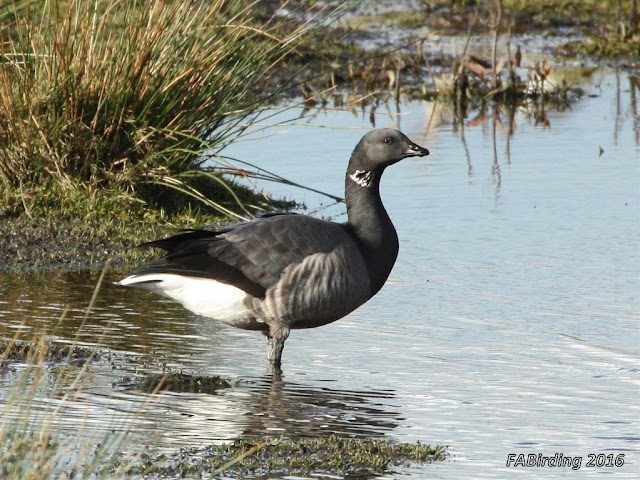 At this time of year the marsh also supports good numbers of Curlew, Northern Pintail, Oystercatchers, Lapwing and Teal plus I was also fortunate to get several sightings of two Short-eared Owls. 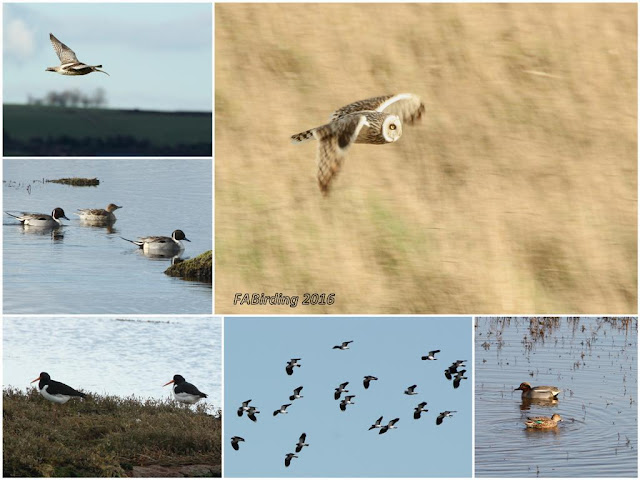 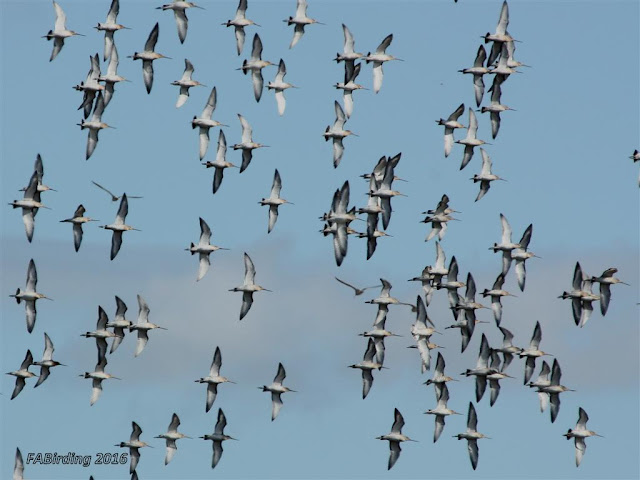 At high tide I also watched the spectacle of many hundreds of Dunlin streaming close above the water seeking out a suitable spot to roost and wait for the mud to reappear while inland there is always something else to capture one's attention such as .... 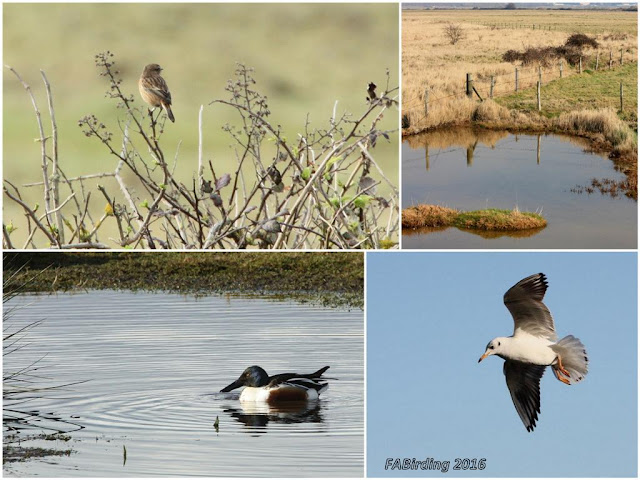 a perching Stonechat, one of many Northern Shoveler in their full breeding plumage and the various gull species including the Black-headed Gull. The site also hosts reasonable numbers of Little Egret (see below). 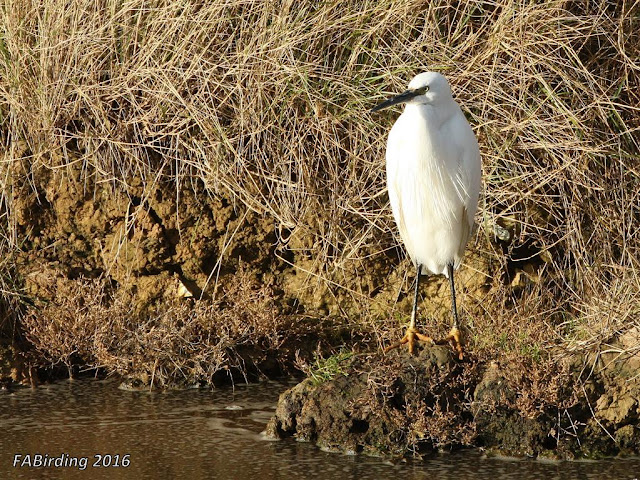 During my wandering I logged about 50 species but with more eyes on Sunday it is possible to add a few more including Kingfisher, Peregrine, Merlin, Water Rail, Rock Pipit, and the elusive Bearded Tits. FAB.

Linking to: Saturday's Critters, I'D-Rather-B-Birdin' and Through My Lens.
Posted by FAB at 13:30