Way back in January 2009 I was fortunate to get close enough to a small group of feeding BLACK-TAILED GODWIT (Limosa limosa) at Farlington Marshes and managed a few reasonable digi-scoped images including one colour ringed individual. 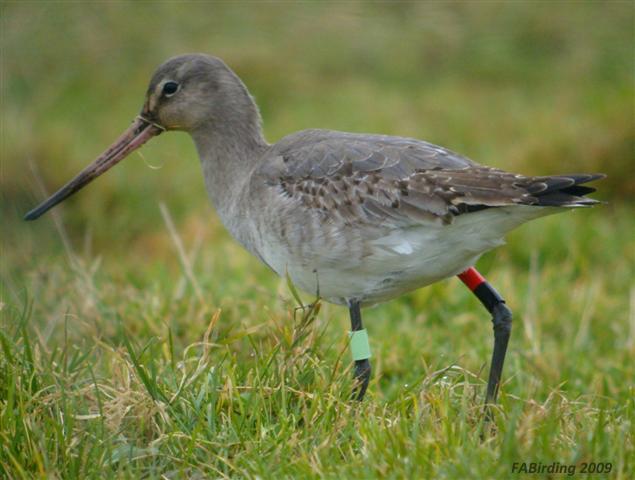 I remember sending in a report of this sighting to the appropriate 'recorder' and received an acknowledgement and a promise to learn more about its history .... but was only told that it was ringed as a juvenile male at Farlington Marshes in September 2008. I was therefore somewhat surprised to receive an e-mail today .... some 3 years later .... which provided an updated history of this individuals' sightings up to the end of last year 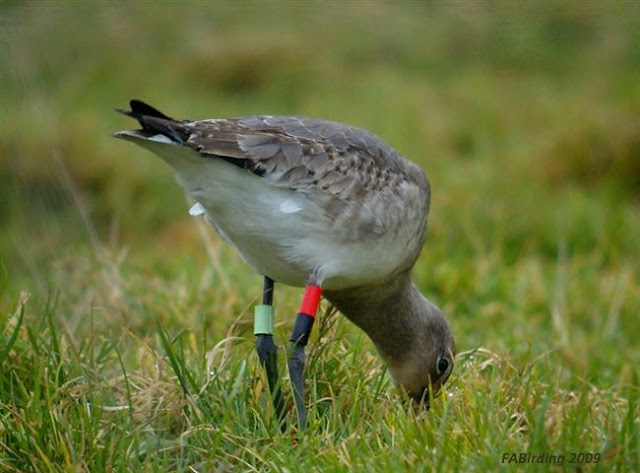 Whilst I wasn't surprised to learn that this wader has generally stayed faithful to the area around Langstone Harbour where it fledged, apart from spending some time at Oare Marshes in Kent (Summer 2010), there has been one sighting reported from outside the UK when this bird decided to migrate to Iceland in 2011.

I wonder where it will be seen next? I am looking forward to returning to Farlington Marshes next month on a birding day with a few friends from the Surrey Bird Club.  FAB.

Linking up to WILD BIRD WEDNESDAY.
Posted by FAB at 20:33