Despite our initial concerns that a local cat might have dissuaded our resident Blue Tits from nesting this season, during the past two weeks we have witnessed definite signs that they have not abandoned the nest box. In between the showers we have regularly seen the parents flying in and out with food BUT this constant effort is definitely taking its toll on their appearance  ........ 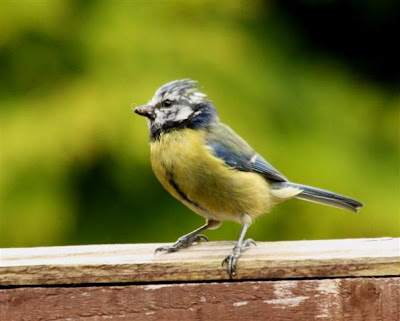 This species typically only produces one brood with average laying dates usually from early April to mid May depending on latitude and altitude. In any given season the clutch can vary greatly from 2 to 18 depending on location, food source and availability PLUS the weather conditions. As everyone is aware our Spring has been wet and cold so many species have no doubt delayed or even aborted their initial nesting programmes. 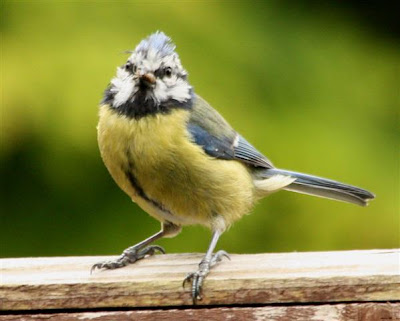 On average incubation takes 14.2 days and fledging in the southern part of the UK is normally between 16 and 22 days. Depending on the brood size and whilst I suspect that it may not be particularly large this year that requires a lot of  effort to keep those hungry mouths feed. 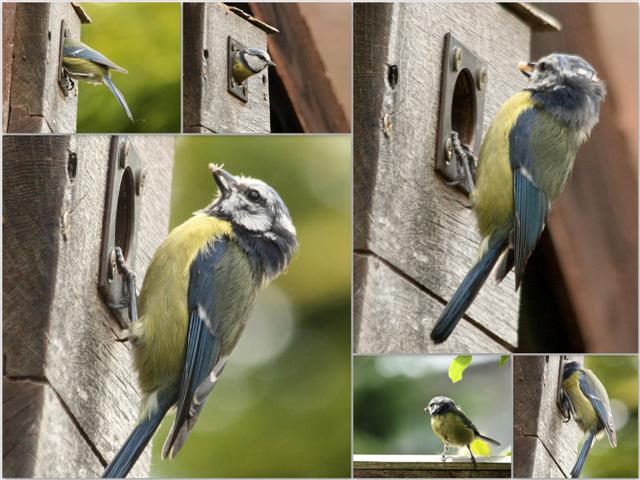 In the past I have set up the tripod and operated the camera by remote but for this series I just sat in a chair on the small patch of lawn (they rarely get upset at my presence if I keep still!) and then focused on the nest plate waiting patiently for either parent to appear and prayed that I could get some reasonable shots hand-held. 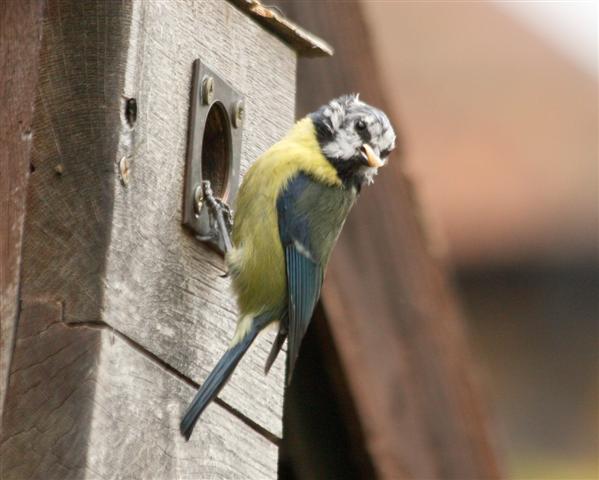 I have not noticed too many instances where the food source has included a large juicy caterpillar so the youngsters are having to make do with more frequent supplies of much smaller insects although in the last few days the parents have been complimenting their diet with visits to a nearby fat ball feeder which suggests that fledging may not be too far away. 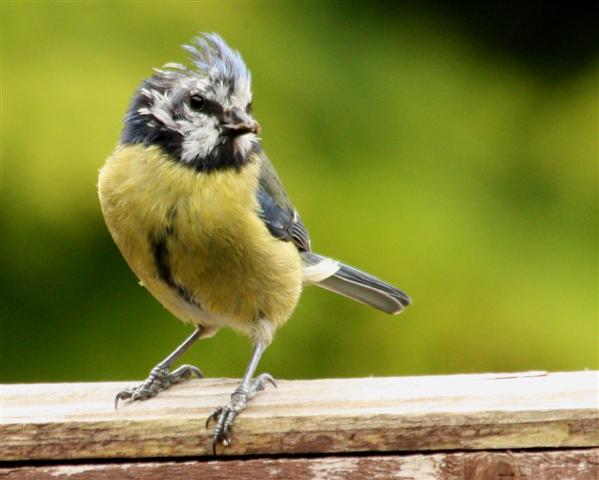