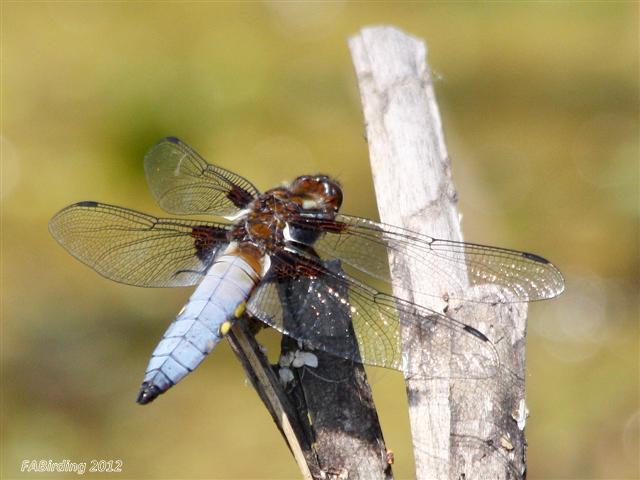 During a wander around the common today I stopped at a small stagnant pool where there was at least six male Broad-bodied Chasers (Libellula depressa) darting hither and thither as they all attempted to seek out what appeared to be a single female while also vigorously defending their individual territories. 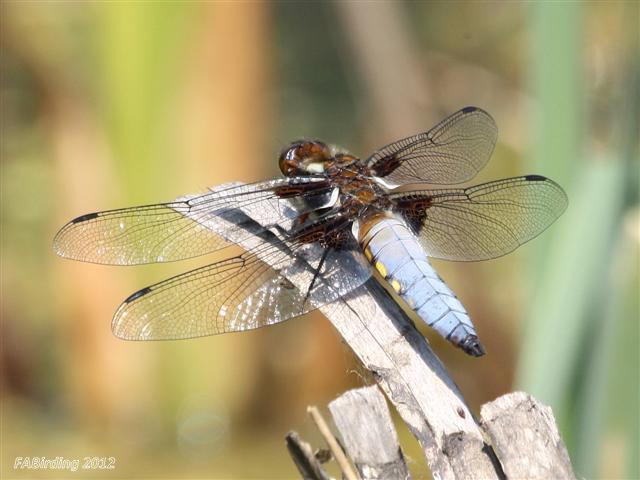 It took me a little time to work out where certain individuals where likely to perch and then it was just a matter of waiting patiently and hoping they would sit still long enough. 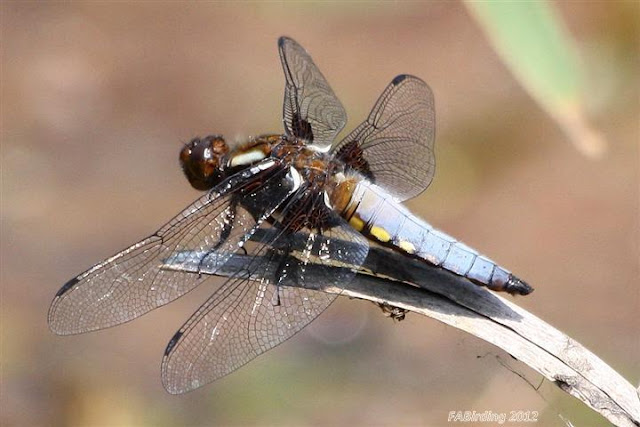 Unfortunately the female was constantly on the wing and my attempts to catch her while ovipositing where unsuccessful .... maybe next time.  FAB.
Posted by FAB at 00:06