Anita and I headed north to Greve De Lecq and commenced the steep climb up onto the coastal path heading east. This is the view of the small sandy bay from the cliff top path...the view would be totally different on the weekend with everyone flocking to any available sandy spot! 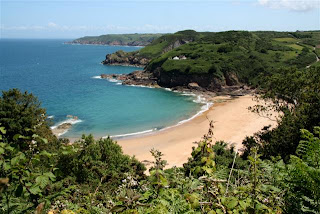 Herring Gulls patrolled the cliff tops. A Chiffchaff was singing from a high tree perch and we heard the sounds of Chaffinch, Blue & Great Tits plus a Wren. 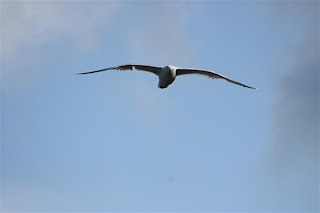 Around the potato fields we spied over 20 sickle shapes dashing low over the crops and moments later the Swifts climbed high into the sky chasing their insect prey. Then a Kestrel flew overhead hunting for a meal. 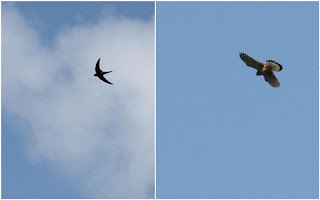 An unexpected sighting was four Red-legged Partridge who promptly flew into cover as soon as they felt our presence. Small numbers of House Martins and a single Swallow passed by.

The coastal path took us past a number of properties with gardens to die for...full of colourful blooms. 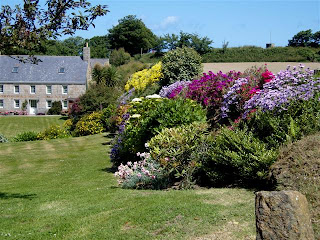 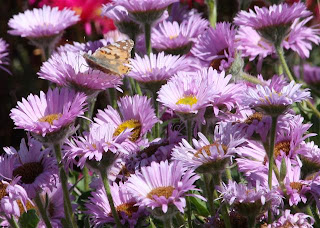 Well worn Painted Lady's were basking in the sunshine. 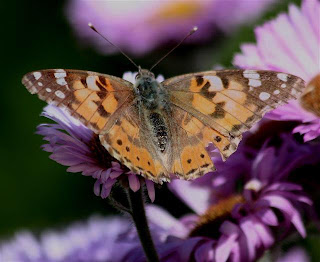 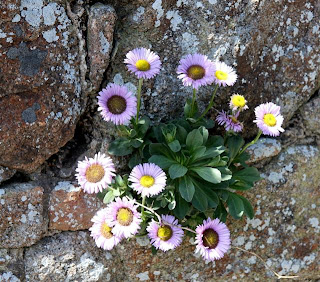 This garden was created within the ruins of an older building. 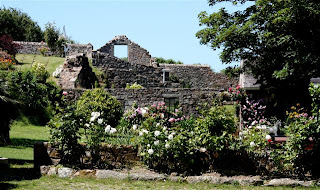 The pathway twisted and turned with brief views of the sea. 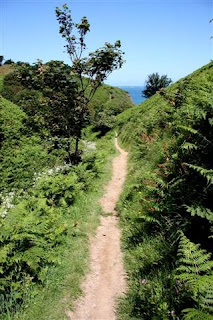 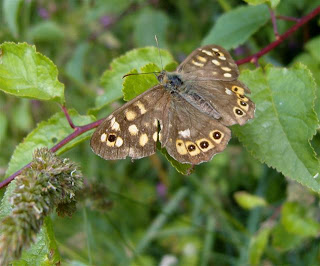 Just two of the many wild flowers that graced our walk. 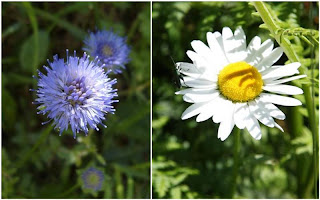 During a rest stop we watched the stiff winged flight of Northern Fulmars using the updrafts around the rocky cliffs (but too far away for pictures).