On Monday I drove over the county boundary to Wraysbury Gravel Pits in the hope of seeking out a few of the migrant species that often frequent the various large lakes formed after the extraction of gravel to build the M25 motorway. 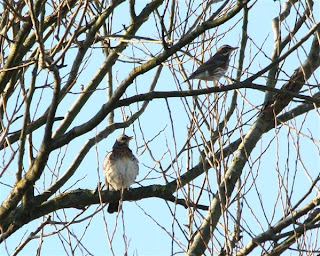 As I climbed over the style to access the footpath that would take me alongside the New Hythe Pit I was initially greeted with a flurry of activity as various species including Blue Tit, Great Tit, Chaffinch,  Blackbird and Redwing dived for cover while overhead I could hear the distinctive chattering 'shack-shack-shack' calls from a number of Fieldfare. Both the Redwing and Fieldfare are winter visiting Thrushes and typically vary wary of any intruders so I had to wait patiently for them to settle high above me in order to snap a cropped record shot of both in the frame together.

Moving on I scanned the open water only to find that most of the ducks were typically too far away for the lens on the farthest side of he pit but I was delighted to spot that my quarry including 3 drake Smew and 8 Goosanders plus a number of Goldeneye were in fact on site together with the usual Mallard, Coot, Tufted Duck, Pochard, Grey Heron, Cormorants, Mute Swans, and Great Crested Grebes. 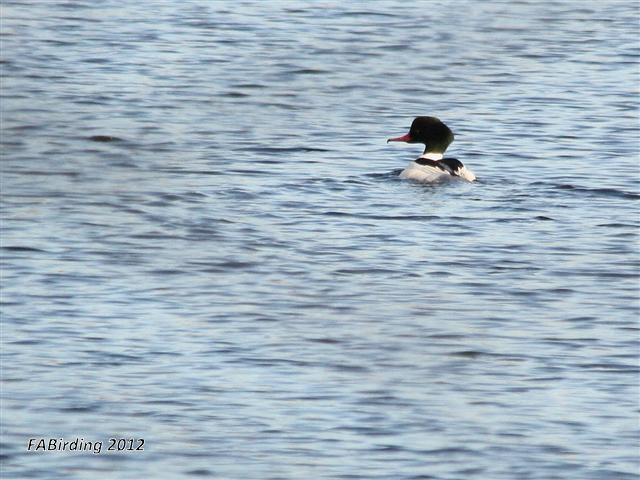 I eventually managed to capture a male Goosander (Mergus merganser) which had been drifting close to the bank but out of my sight and promptly decided to swim away to join its distant companions. The next two species, Goldeneye and Pochard were fortunately a little more obliging. 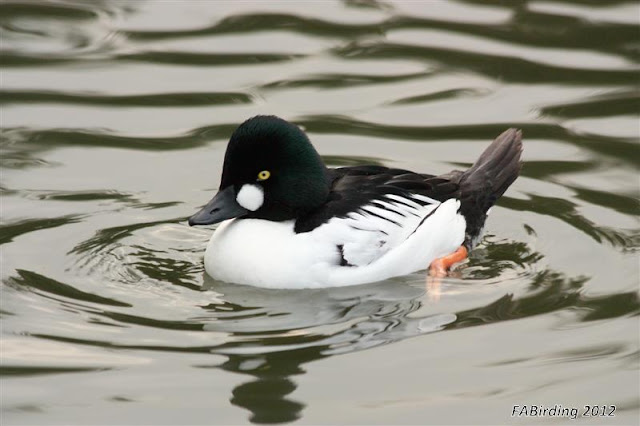 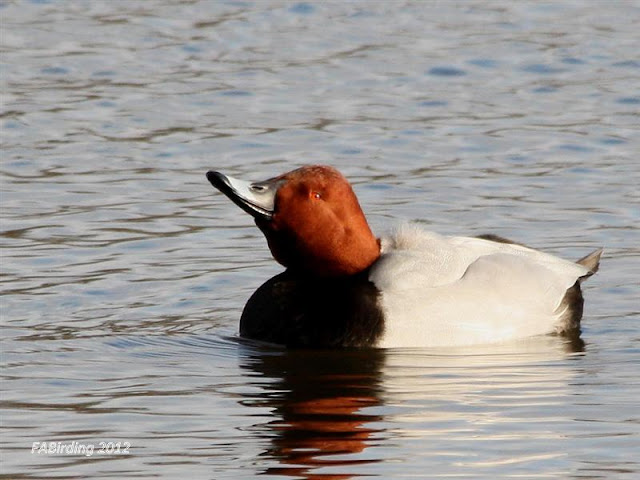 A few other species kept me company during my stroll including a small flock of Long-tailed Tits, Great Tits (constantly uttering their scolding call as I walked by) and the very noisy Rose-ringed Parakeets whose piercing screams nearly drowned out the constant background sounds from the nearby motorway! 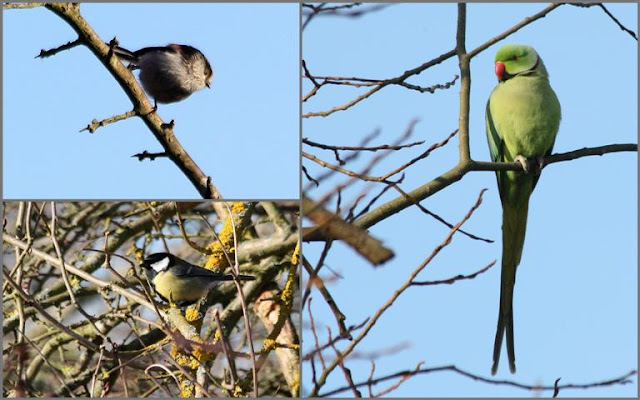 My final quarry was the extremely shy and one of the smallest sawbills, the Smew. The males are often referred to as the 'White Nun' due to their distinctive white and black streaked plumage. 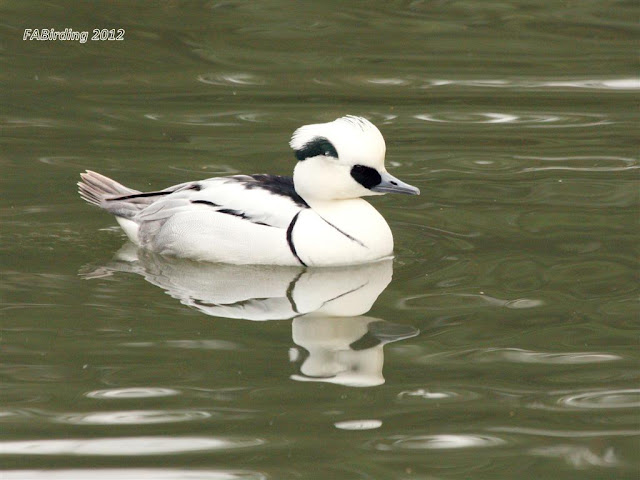 Male Smew (Mergellus albellus).
Every winter this dainty species migrates southwards from its northern boreal breeding grounds in Finland, Sweden and Russia. Small numbers can usually be found at regular overwintering sites from December until March throughout the southern counties of the UK. Unfortunately I couldn't get any decent views so had to dig out an image taken during a visit to this site from just a year ago.  FAB.

Click here to link to WORLD BIRD WEDNESDAY for more images from around the globe.
Posted by FAB at 18:03