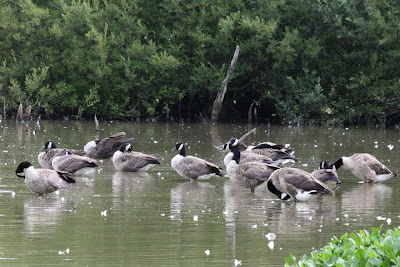 At the end of August there were at least 36 Canada Geese on the Great Pond at Epsom Common all busily preening out their unwanted feathers but today the water was virtually empty apart from a female Mallard with two growing youngsters and a single Moorhen. As usual one of the resident Grey Herons hid amongst the vegetation well away from the camera. 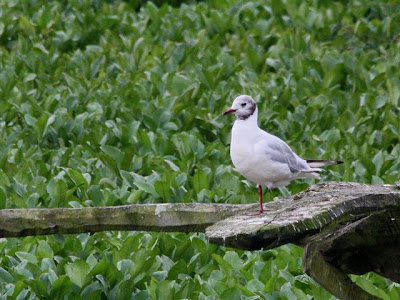 A lonesome Black-headed Gull rested on one of its favourite perches (a wooden statue of a dragonfly) until an interloper arrived and they chased each other around arguing about territory rights! 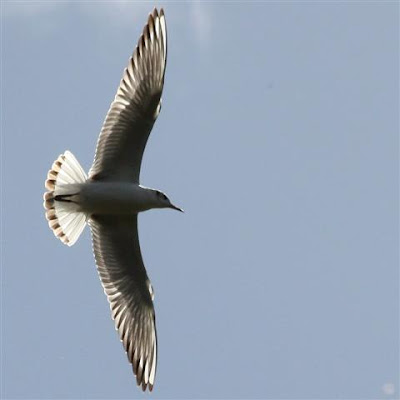 Just had time to catch a single shot as one of the gulls passed in front of me with the sun shining through its fanned tail feathers clearly showing its terminal band. 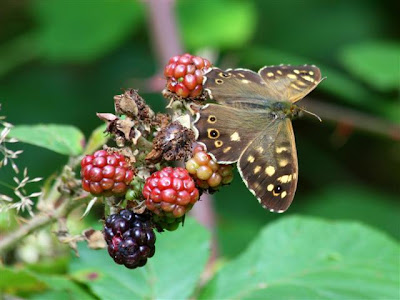 There were plenty of Speckled Wood butterflies on the wing plus a Small Heath and a Gatekeeper. 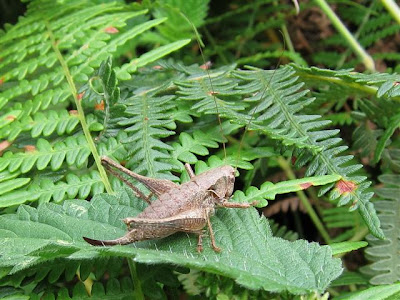 I also located a Bush Cricket with its extra long antennae (possibly a female) trying to soak up some of the limited sunshine. 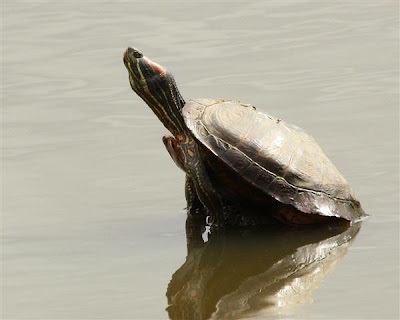 A common sight when the sun shines is one of the 'Ninja' Turtles' (Red Eared Terrapin) basking around the fringes of the pond. These are not a natural species in the UK but have become very widespread following the release of imported pets. The final addition to todays limited bird list was a brief view of a Kingfisher as it wizzed across the Stew Pond and disappeared... a nice addition to this years patchlist as I haven't seen one here for at least 18 months.  FAB.
Posted by FAB at 00:10