Set the alarm and then overslept but still managed the 2 hour drive to arrive at Farlington Marshes at 10 a.m. ahead of the high tide. Below is a view over the main pool, beginning to fill up with waders (Redshank, Black-tailed Godwits, Knot and a few Dunlin but no sign of any Curlew Sandpipers). 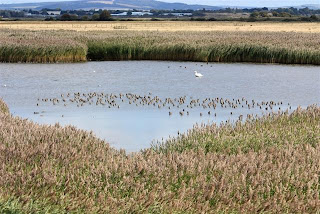 With little to see out on the mudflats apart from Herring & Black-headed Gulls, distant Curlews and Godwits I headed down towards the stream and while checking out the bushes for Blackcap, Greenfinch, Blue Tit, Green Woodpecker and Woodpigeon I also spotted this Migrant Hawker taking a rest. 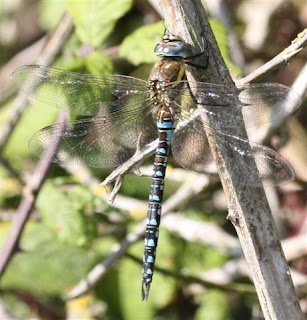 On the stream were Greenshanks (10+), Black-tailed Godwits, Redshank, Coot, Moorhen, Gadwall, Shoveller, Teal, Mallard, Tufted Duck & Little Grebes. Lapwings over the reed beds and very distant Stonechats perched on fence posts. Returning back up onto the seawall path, with the tide now well up there were just a few dry spots for Oystercatchers and Grey Plover to rest. 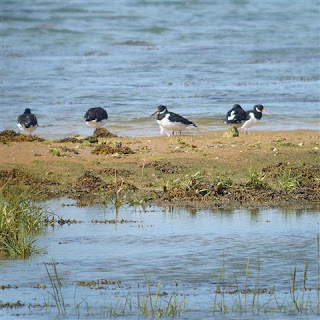 After re-scanning the main pool and adding Shelduck, Mute Swan plus a fly-over Little Egret I was ready to continue my anti-clockwise walk to search for the Osprey that another birder said was out in the harbour when I spotted this perched Kingfisher. (Unfortunately not close enough for the camera to get a really good shot). 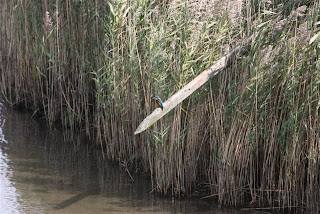 Heading out to the 'point' I added Cormorant before settling down to scan the very distant shingle islands. Well I found a large 'blob' but couldn't honestly say it was the Osprey. While I was delving in my rucksack for lunch a Peregrine Falcon invaded a small group of waders (Dunlin and Ringed-Plover) on a rocky outcrop in the water some 50 yards away. The action was so quick that I only had time for a couple of shots (without even time to check what setting the camera was on!) as it flew away low following the seawall. 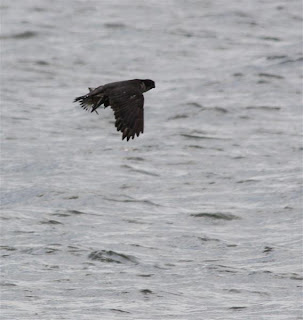 If you look carefully you can just make out the head & tail of the Dunlin firmly grasped in its claws that would very soon become lunch. 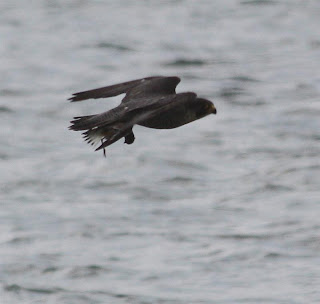 Moving on towards 'The Deeps' where at least 12 Little Egrets plus a few Grey Herons sheltering in a gully, the wind got much stronger and my cap was torn off my head and ended up in the sea some 12 feet below me and totally out of reach. After this annoying distraction of watching the cap slowly sinking I turned to scan over the rough pasture and located a pair of Wheatear and a single Meadow Pipit. 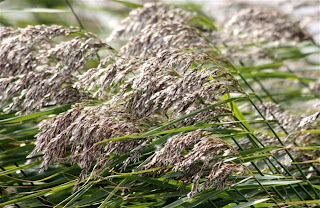 Out on the sea were at least 15 Great Crested Grebes and a single Common Tern flew low over the water. Continuing my circuit a number of Swallows headed westwards into the strengthening wind and over the salt-marshes a large flock of Starlings erupted into the air. 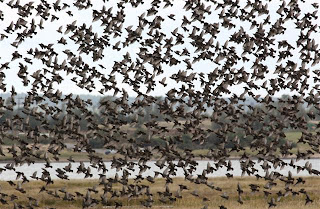 Heading towards the Information Hut I met another birder who had just seen a Whinchat but had failed to get a photo. We started chatting and I discerned a hint of an 'Aussie' accent. (He had just returned from spending 10 years in Australia and was re-visiting places he birded before leaving the UK so I was able to bring him up to date with local sighting news.) We walked back up along the stream together without seeing anything new apart from a Whitethroat but talking as if we were old friends. Thanks for the company Kevin, hopefully we may bump into each other in the future.
Well the star bird of the day was a choice between the Peregrine and the Kingfisher and I did manage to get some closer shots of the Kingfisher using my digi-scoping set up so you can appreciate those beautiful colours. 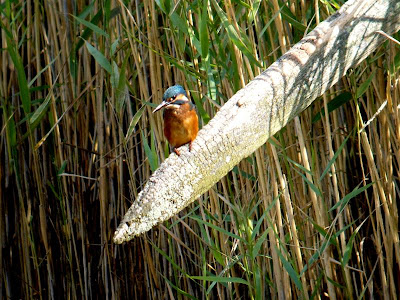 With autumn migration underway I will have to return over the coming months. FAB