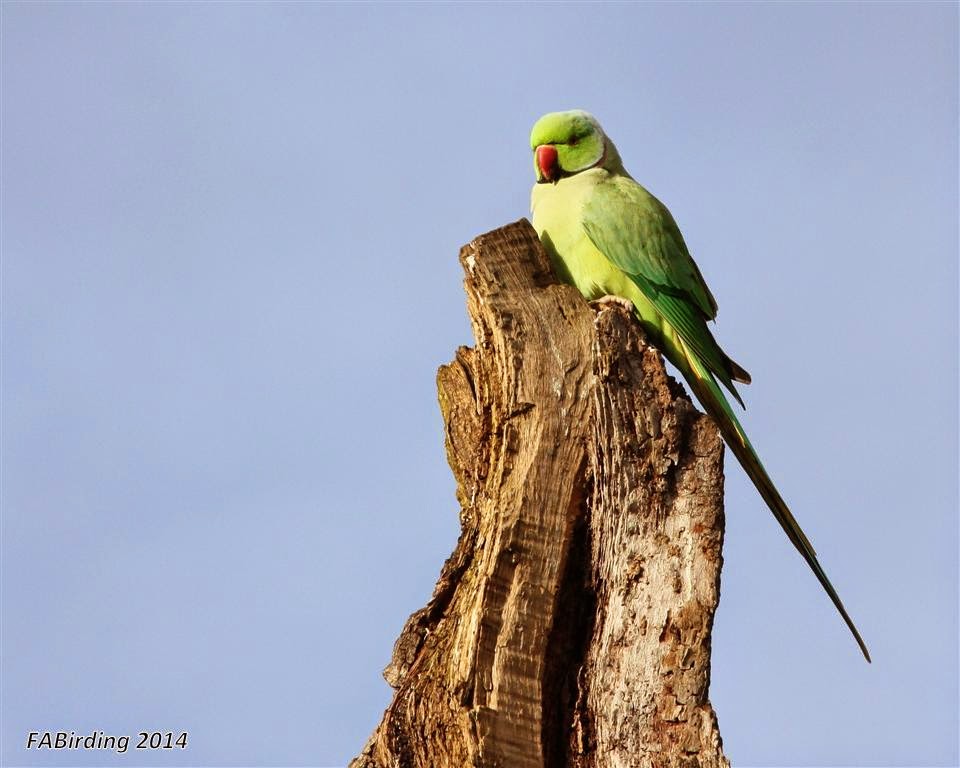 During a stroll through the parkland today a brief period of winter sunshine provided an opportunity to take some images of one of our noisiest non native species, the Rose-ringed Parakeet (Psittacula krameri) also known as the Ring-necked Parakeet. 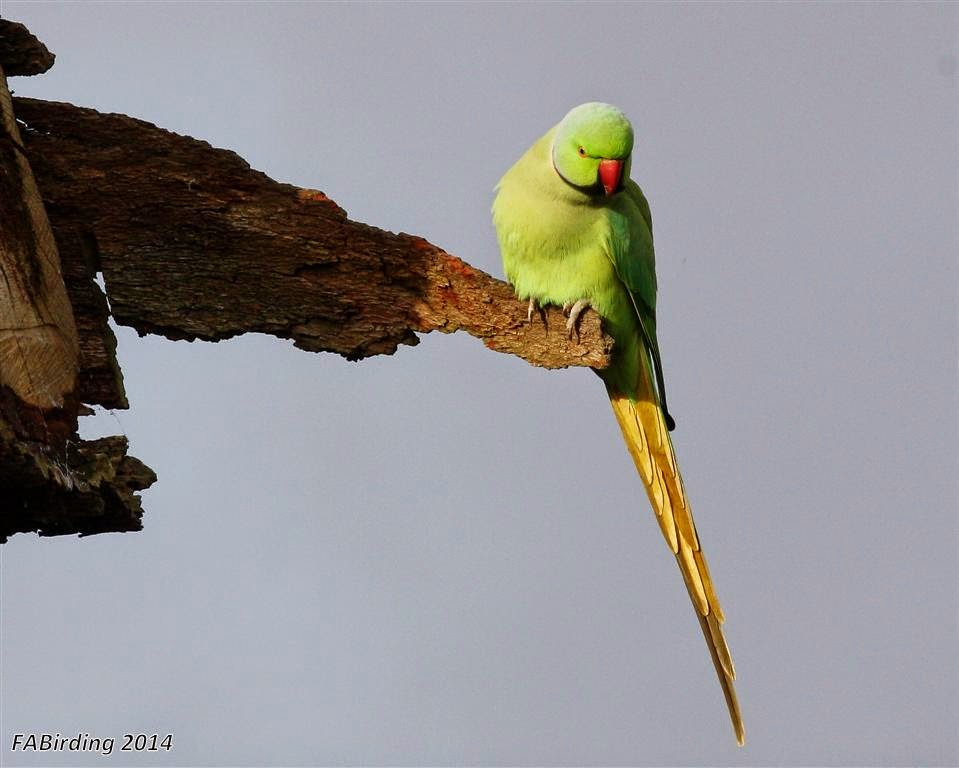 This colourful and gregarious parakeet originates from the foothills of the Himalayas and whilst there have been various suggestions as to how this species was introduced locally its numbers have grown substantially mainly due to its ability to cope with our milder winters. In 2006 the winter roost at Esher Rugby Club was c. 6,000 but they have since disbursed elsewhere. A few winters ago 70-100 birds roosted just 100 yards from our house!

Having a diet of berries, buds, nuts and seeds means that they are frequent visitors to our garden feeders.  For various reasons they are now considered a nuisance due to their mass foraging habits and ability to take over the nest holes of other native species but at least they brighten up a winter morning walk.  FAB. 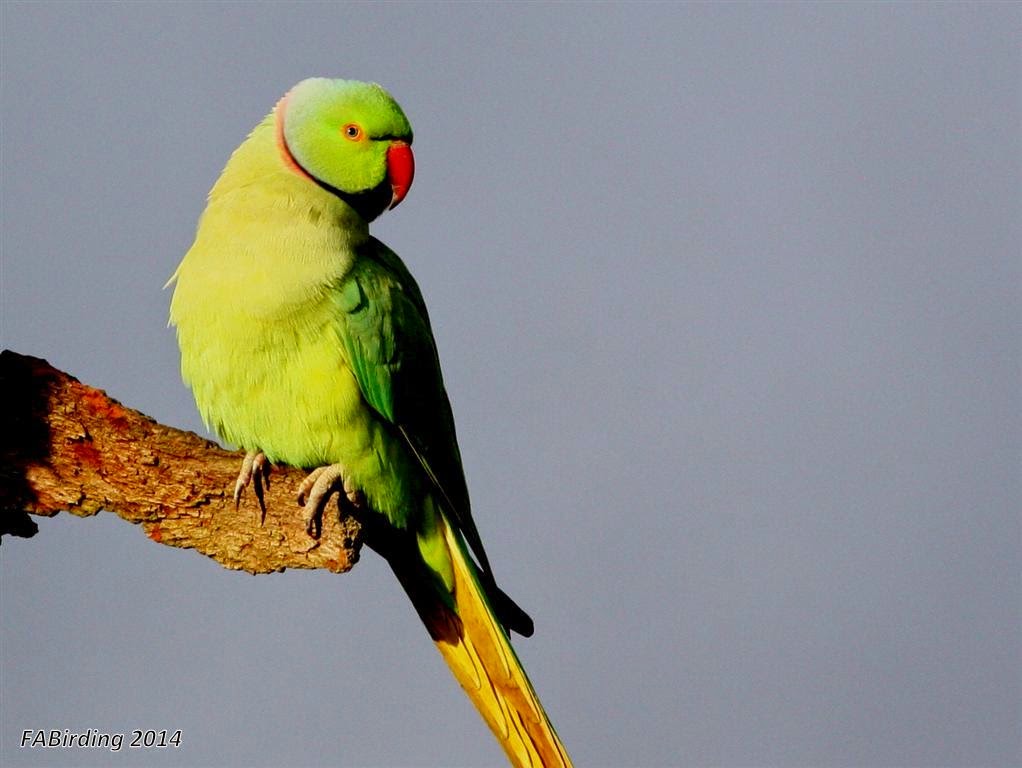 Linking to Wild Bird Wednesday.
Posted by FAB at 20:08