The British population of Egyptian Geese (Alopochen aegyptiaca) dates back to introductions into wildfowl collections from Africa in the 18th century. 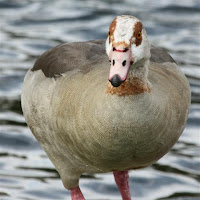 This species was formally added to the British list in 1971 and my first sightings were during trips to Norfolk in the mid 70's where there was a healthy feral population. Over the years other populations have formed and it is now a species that I regularly encounter in Surrey, particularly during visits to many of the local parks with rivers or lakes. The adults are identical in plumage although the males on average are slightly larger. Both sexes are aggressively territorial, particularly towards their own species, during the breeding season. 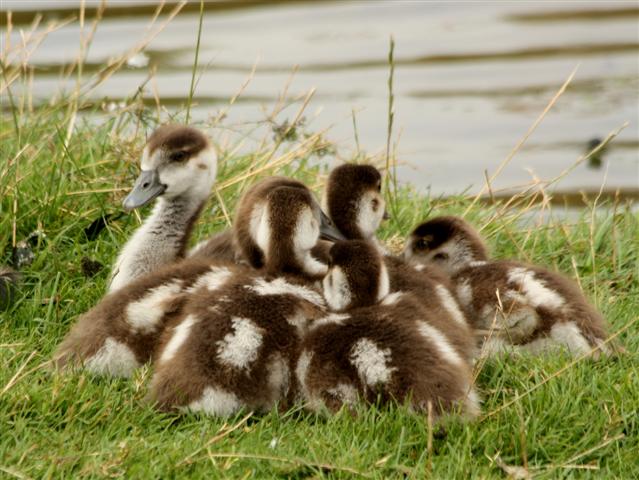 During a recent walk around Bushy Park we came across this circular huddle of brown and off-white goslings being watched over by their very attentive parents. 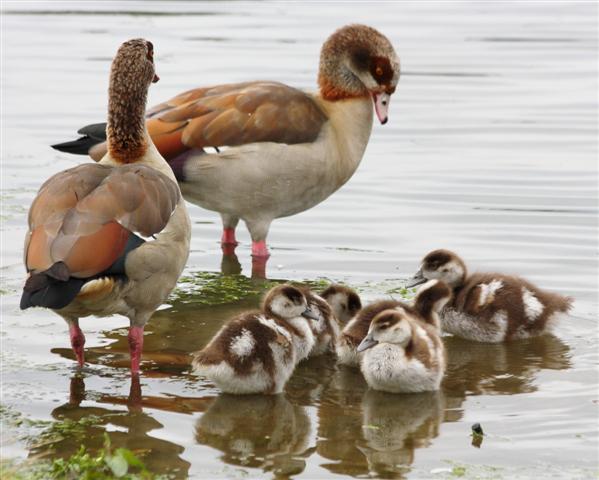 Even when they woke up and entered the water the parents made sure they didn't stray too far. 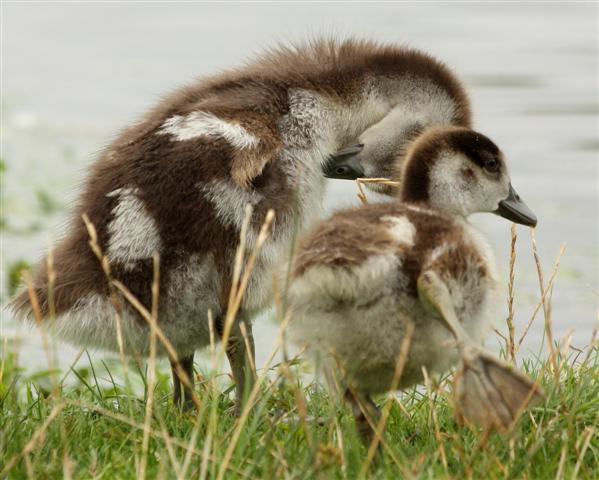 Back on dry land it was time for a stretch and some preening ...... 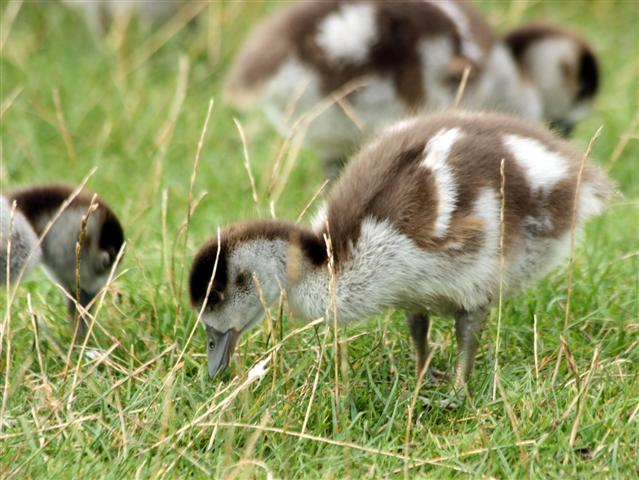 .... before topping up their tummies. 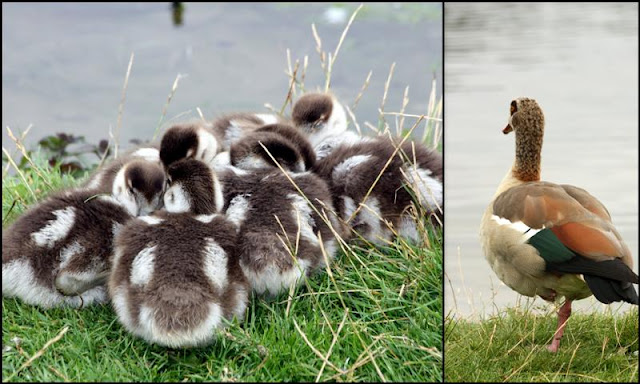 Then they gathered together once more into a huddle with their parents back on sentry duty.  FAB.

Linking up to WILD BIRD WEDNESDAY.
Posted by FAB at 20:41