My day started early on Wednesday morning with my alarm clock ringing at 4.30 a.m. which enabled me to drive and arrive at Bookham Common well before sunrise to listen to the Dawn Chorus.

With a thin slice of the moon suspended just above the dark silhouette of the woodland boundary I was greeted by a cacophony of sounds. Whilst difficult to unravel all the component parts of this orchestral delight the main voices were typically the Blackbirds, Song and Mistle Thrushes, Dunnocks, Wrens and Robins. At this early hour my sound receptors failed to pick out a returning migrant Nightingale so I strode purposefully to the far side of the common. 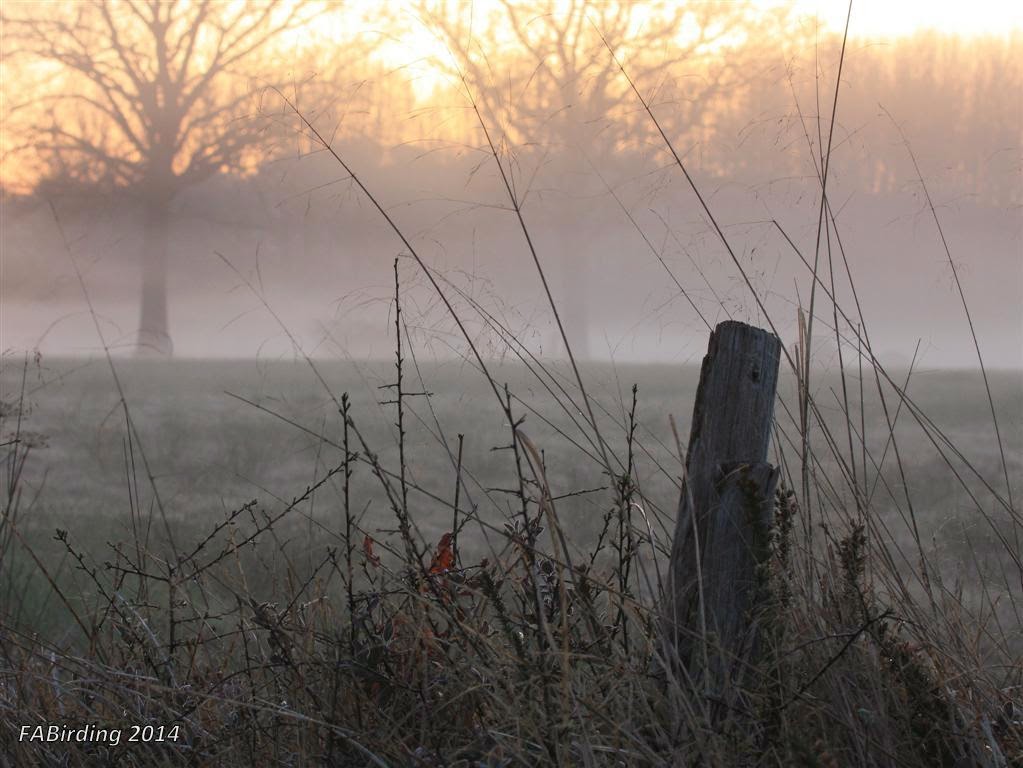 With the sun just beginning the shine through the tree tops a thin blanket of mist hovering at ground level obscured part of my view over the field at Banks Common and enabled two Roe Deer to quickly hide from the lens. Behind me a hidden Blackcap sang out and a Common Buzzard called from a nearby wood. 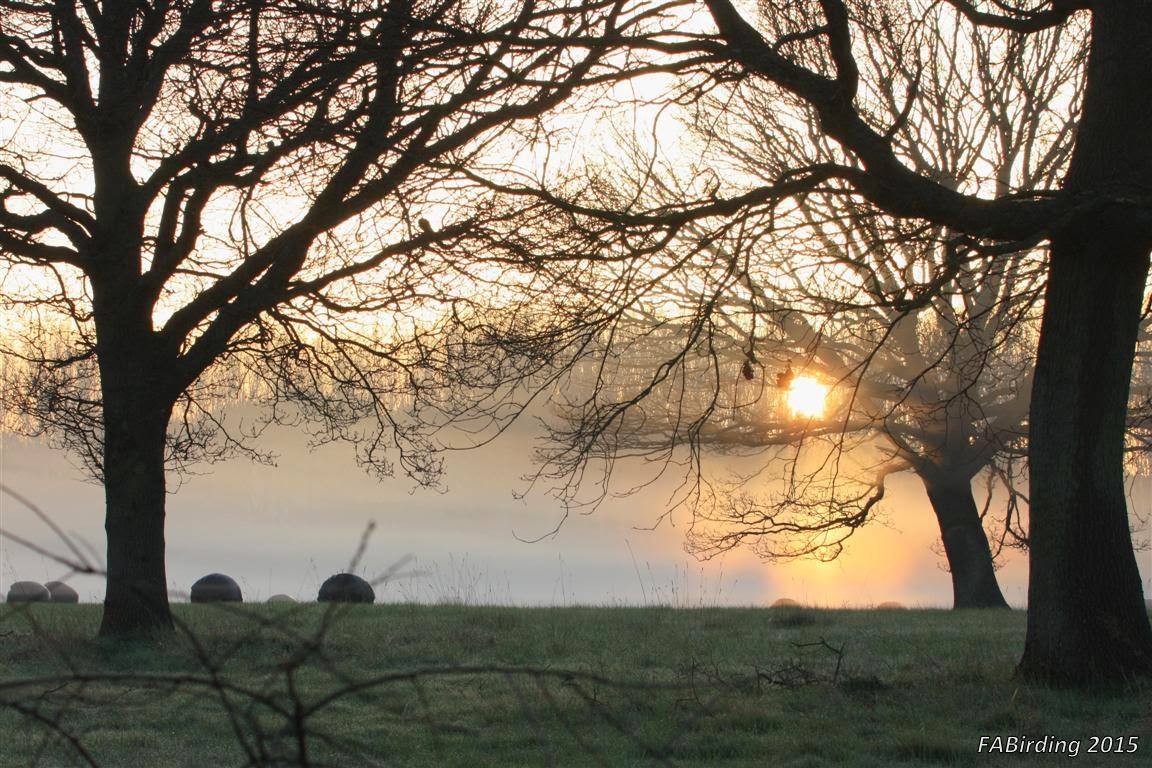 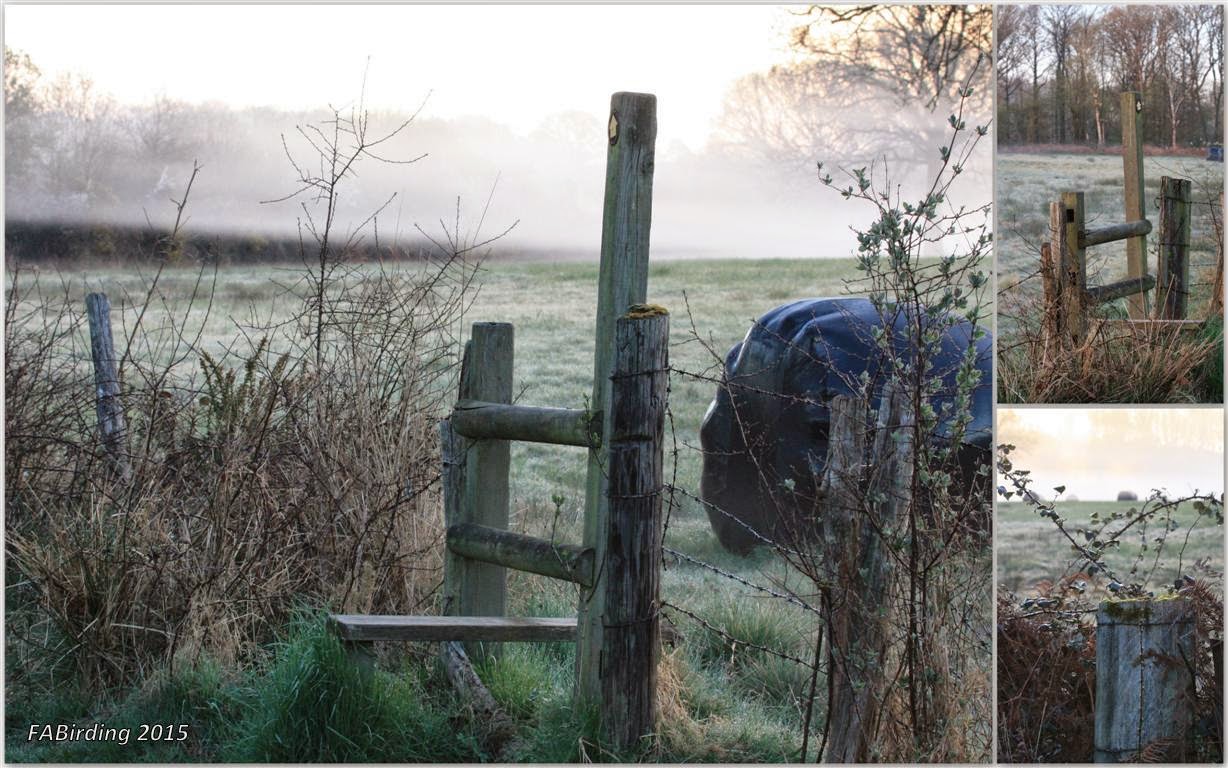 With the lightening sky the bird song diminished drastically so before retracing my steps I took a few shots of the boundary fences. Linking to Good Fences hosted by Theresa. 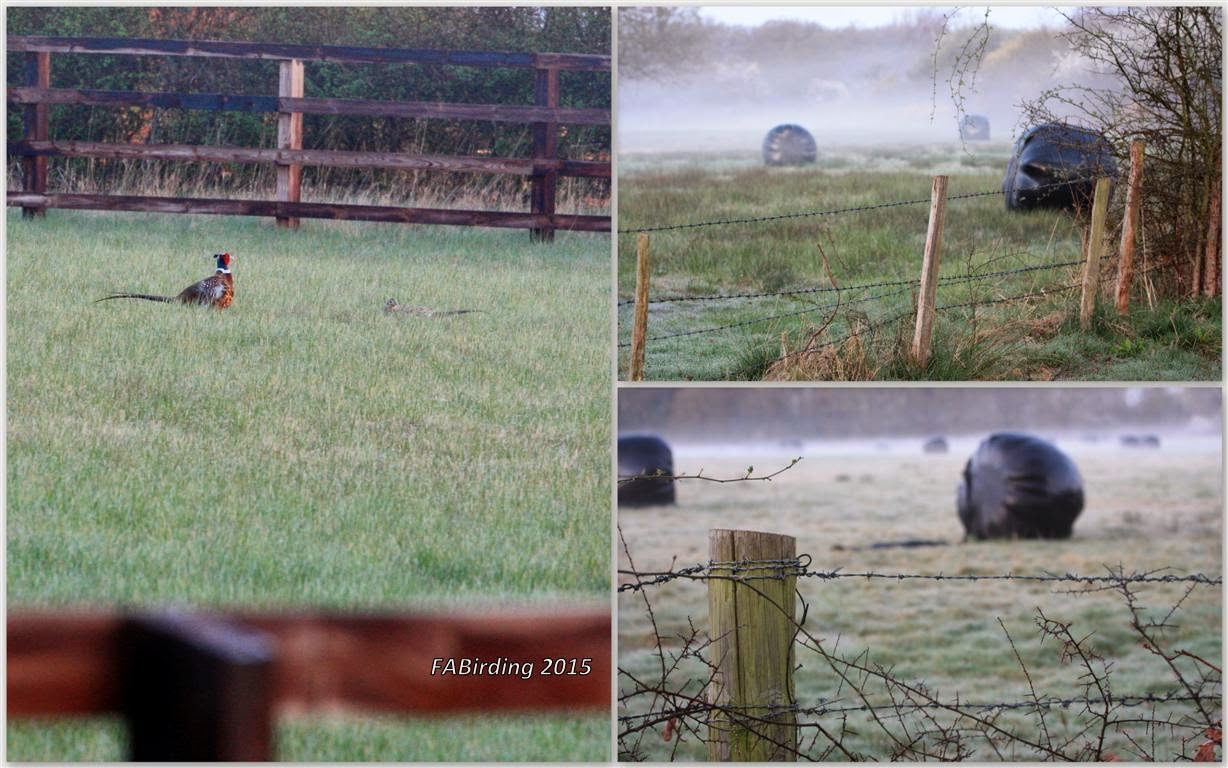 A male Pheasant stands guard over his partner hidden in the grass in one of the many horse paddocks erected around Chasemore Farm. 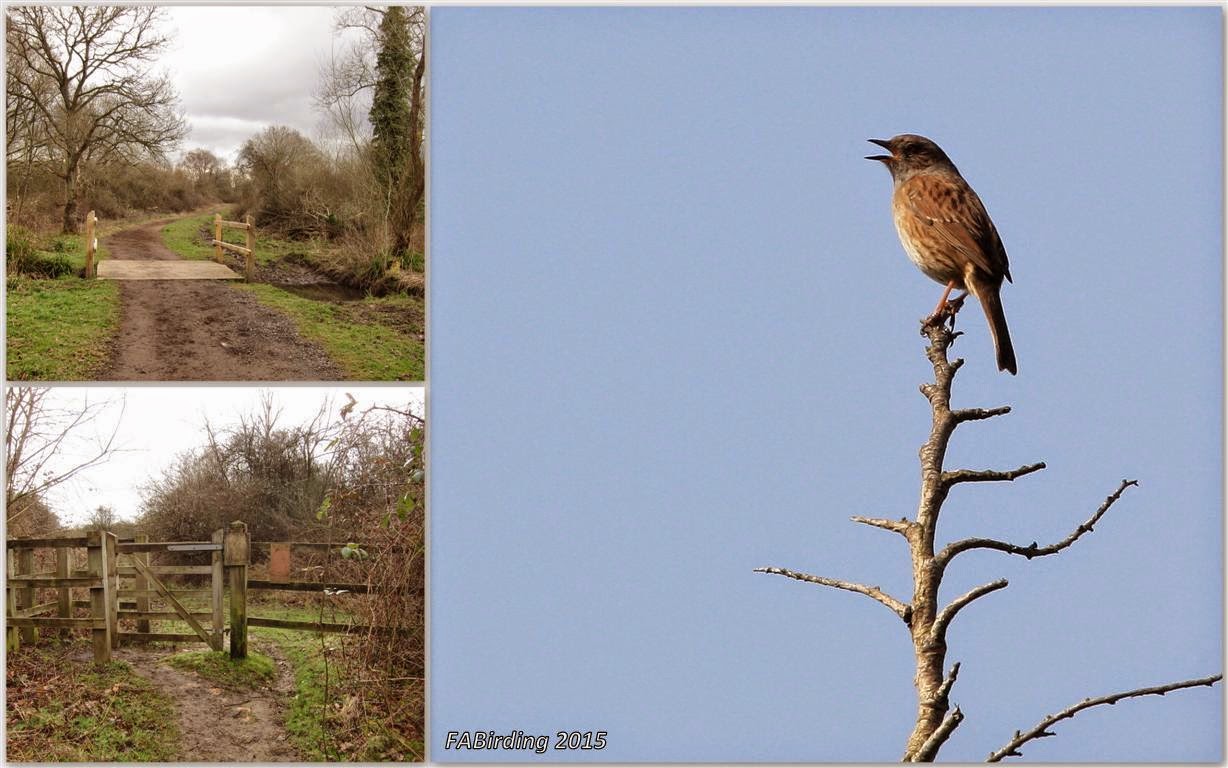 After crossing one of the many bridges that span the various streams I finally heard the briefest of songs of a Nightingale while photographing a very obliging Dunnock in full voice. 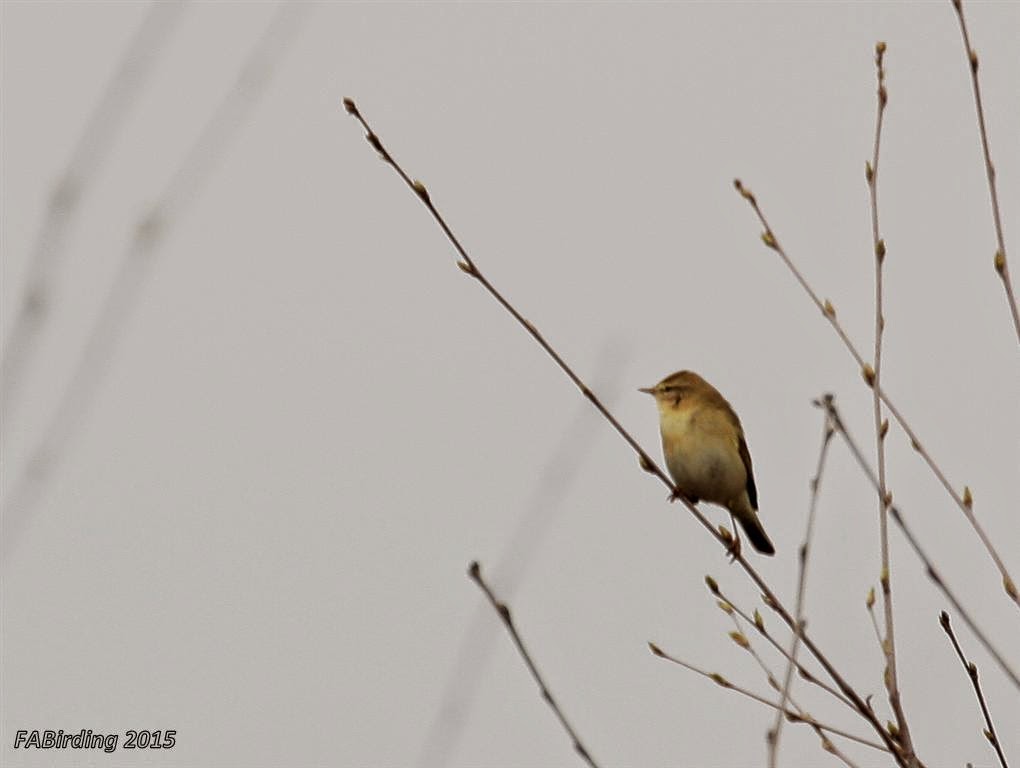 I was also pleased to find three Willow Warblers and captured a few images of other songsters which I'll share in a forthcoming post. FAB.
Posted by FAB at 00:26