My wildlife watching got off to a slow start this year due to a virus contracted over the Christmas period that laid me low for a couple of weeks. Local patch water fowl sightings have been thin on the ground due to the pond freezing over a week ago and everything appeared to be in hiding. 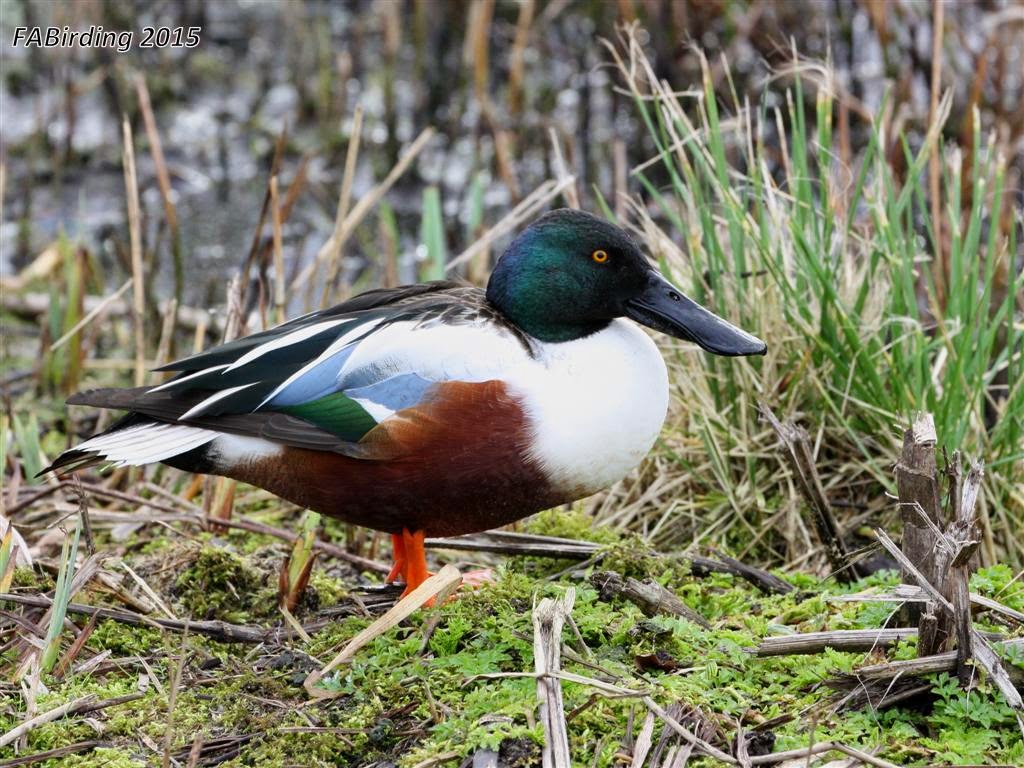 Fortunately four Northern Shoveler present on the pond since early December were still around prior to the water freezing up and one male in full breeding plumage was close enough during one patch visit to provide an opportunity for a few images.
Other sightings have included up to six Teal; with four males displaying to two females; and two pairs of Mandarin Duck plus the resident Mallard and Moorhens. 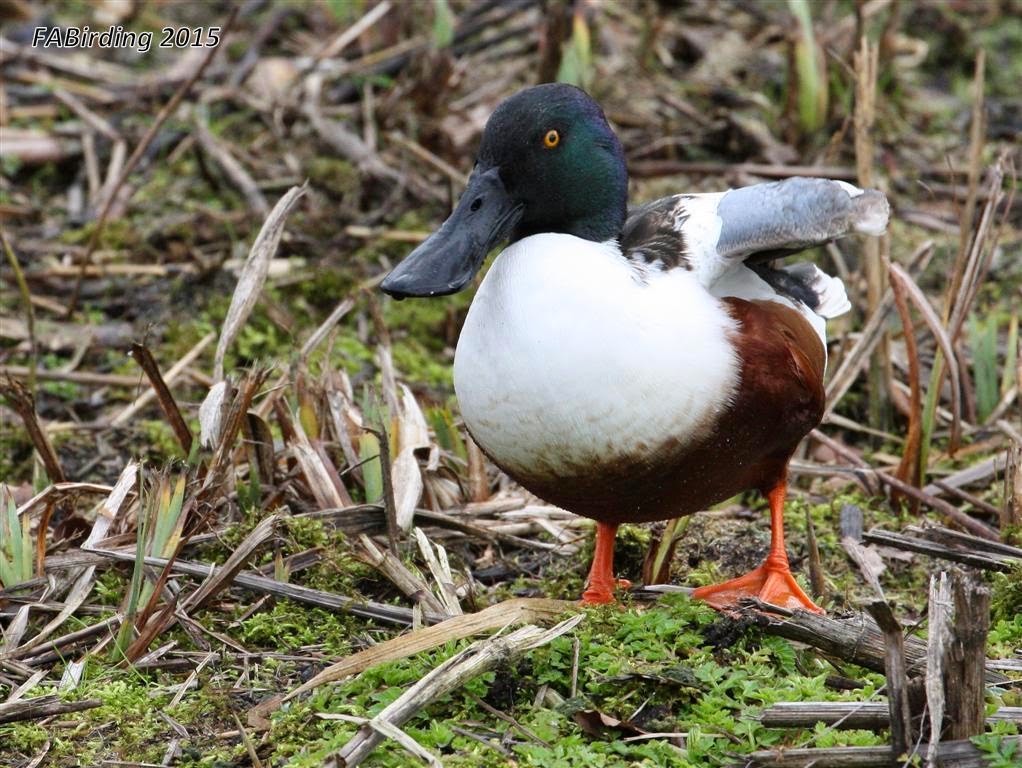 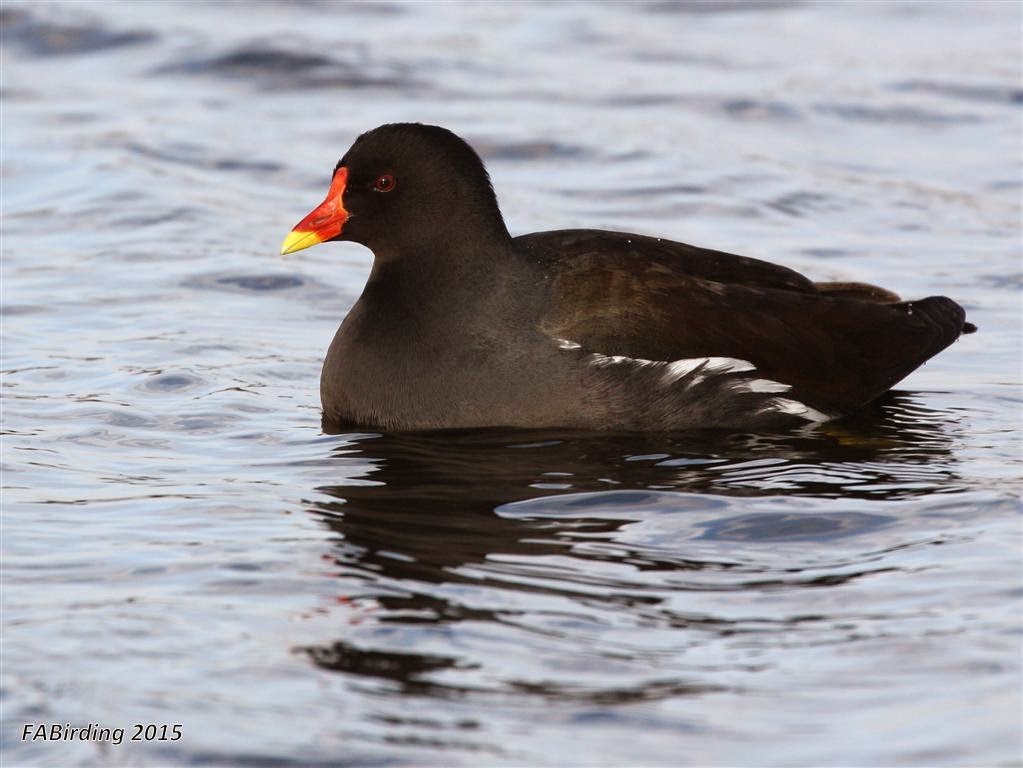 At this time of year it is not unusual to see large parties of Long-tailed Tits foraging through the woodland but obtaining a clear shot as they flit from perch to to perch is another challenge! On a few occasions the flocks have included one or two Goldcrests but I have still to capture a decent image of this tiny species. 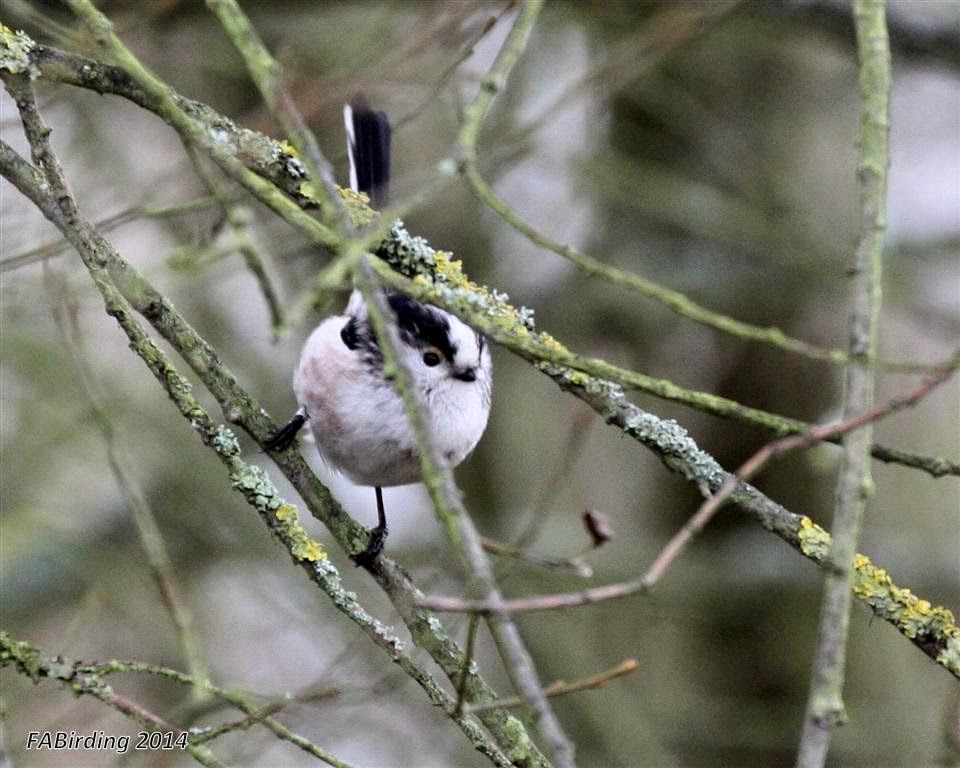 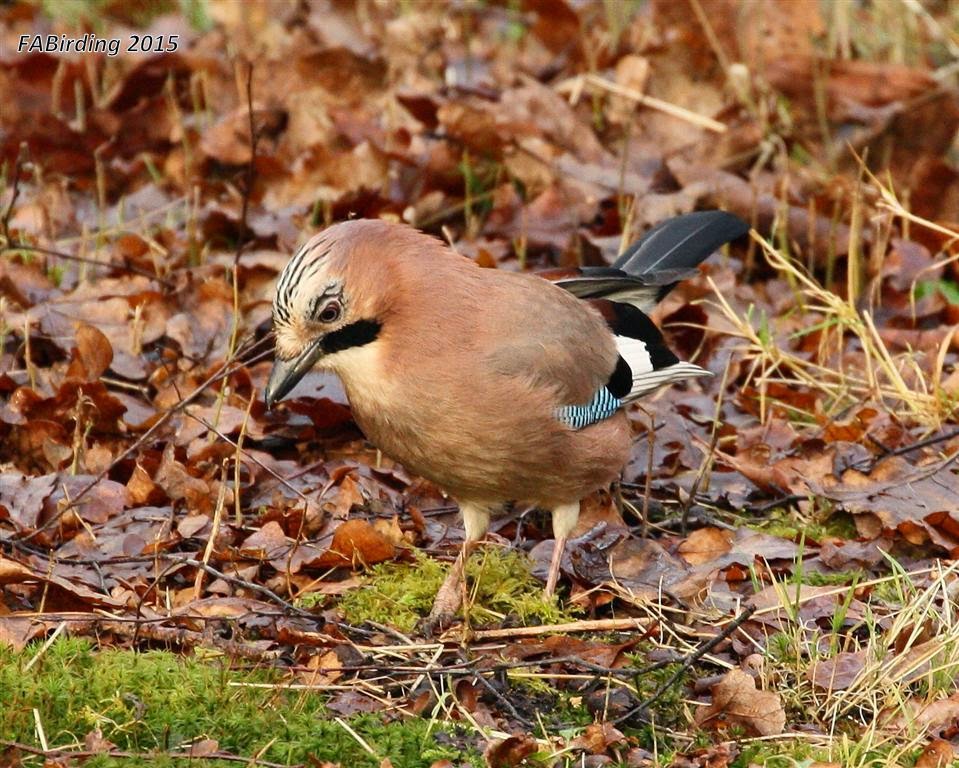 One species that rarely allows a close approach is the Jay but I was fortunate recently to catch one searching through the leaf litter and totally oblivious to me creeping close enough for this cropped shot.

During this continued cold and wet weather raptor sightings have included Kestrel, a Sparrowhawk darting through a large flock of Redwing, Common Buzzard and an over flying Red Kite. 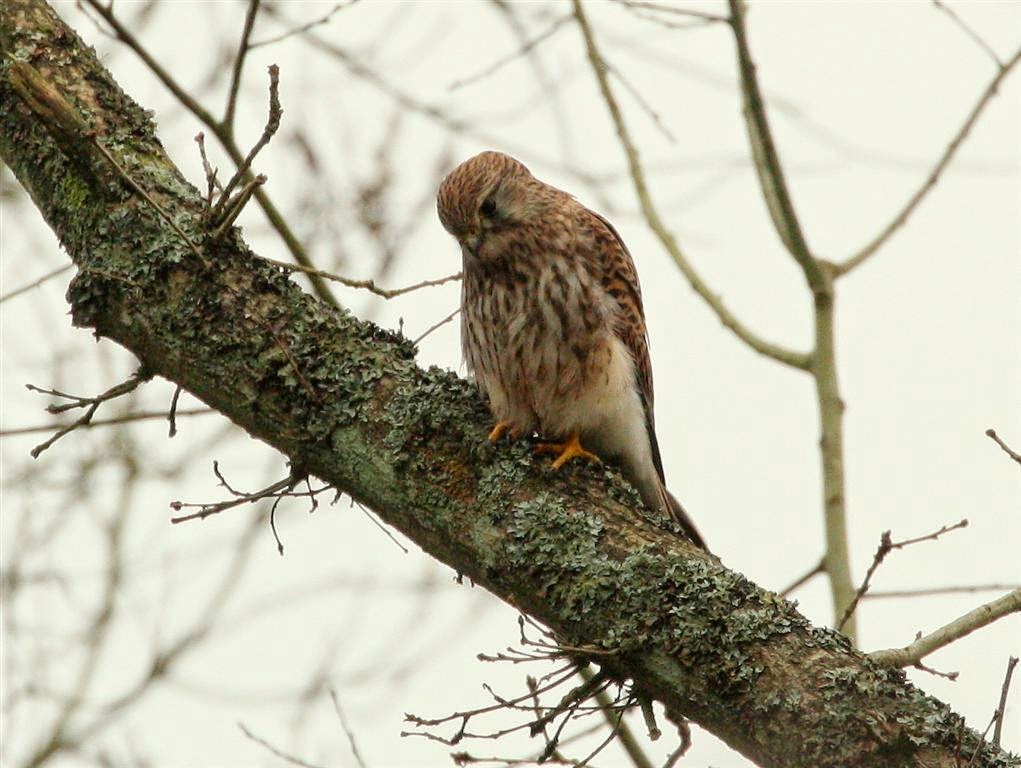 I spotted this (juvenile or female) Kestrel perched in a tree close to one of the main paths and watched it surveying the ground below for a possible meal. After a few minutes it flew to another perch to continue its vigil before eventually flying away. 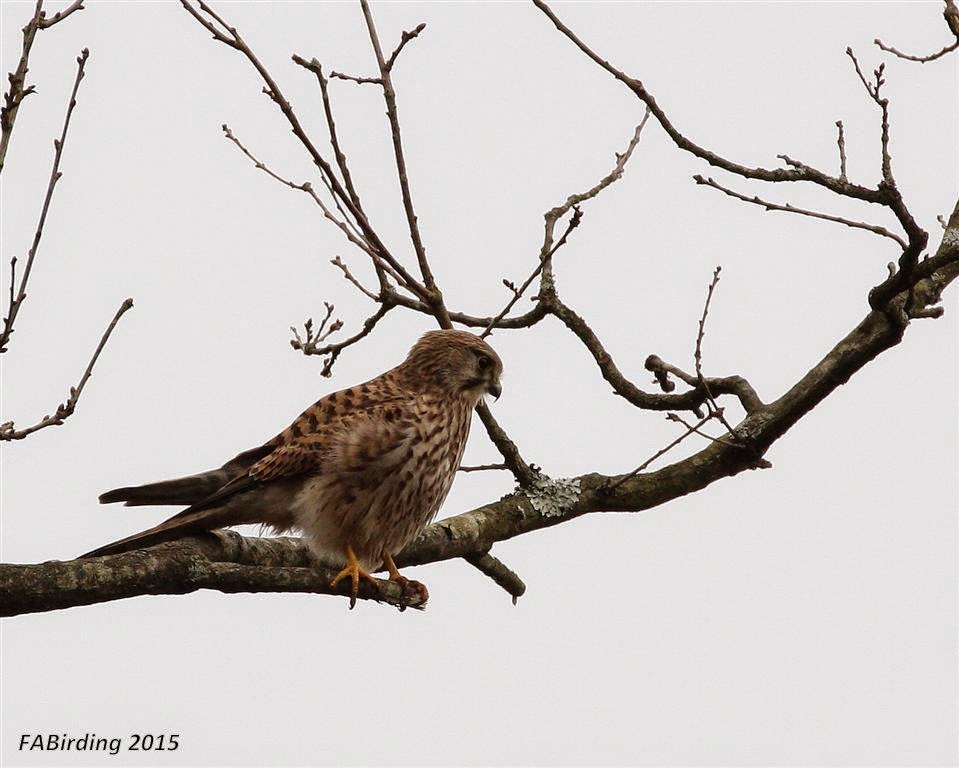 One Black-headed Gull has taken up residence on the main pond and regularly takes flight when another interloper flies in and chases off any competition! 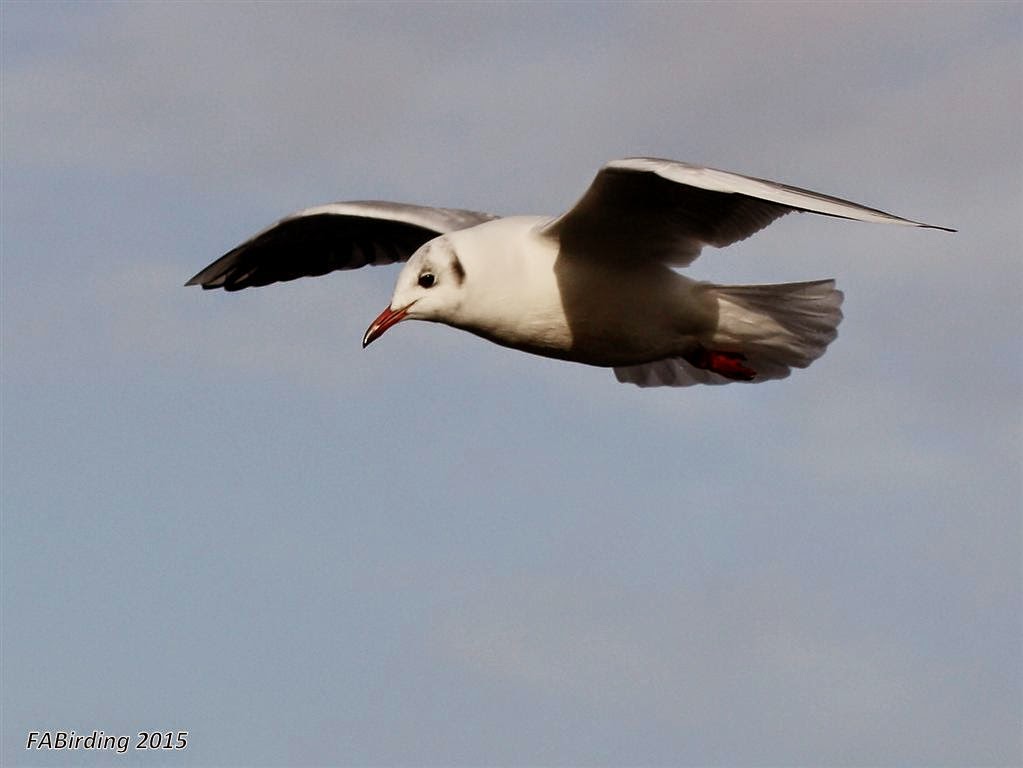 My patch tally for January has now reached 40 species and you can view the full list on my Bird Sightings page. FAB.